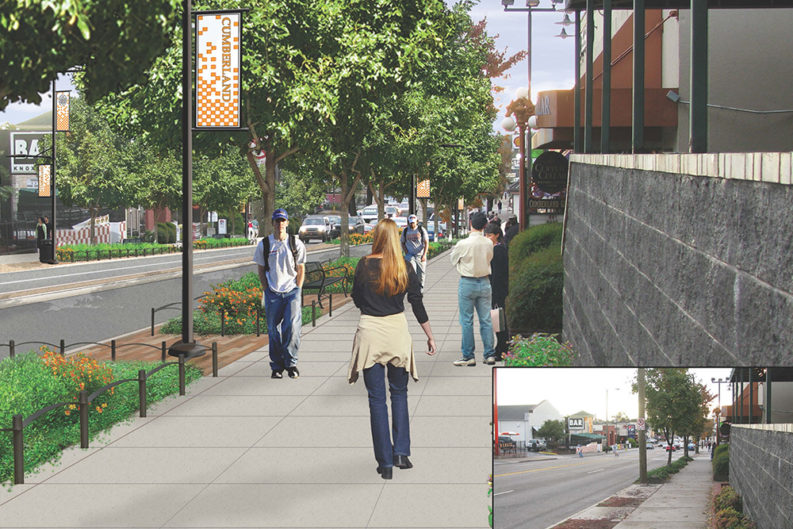 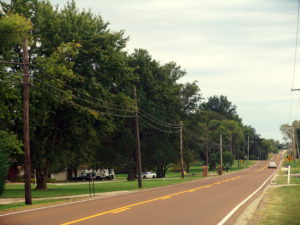 Everyone seems to agree: They are ugly. They sag at varying heights from improbably tall poles, often cocked at sharp angles. They interrupt sidewalks in unsightly ways. Often they are located dangerously close to the edges of roads intended to carry vehicles at much slower speeds than today’s traffic. Hence, we’ve become accustomed to cars and trucks plowing into them and causing intermittent power outages, property damage, personal injuries, loss of productivity, loss of life.

Although we depend on them for virtually everything in our increasingly automated and digitized world, they are first to fail even in a relatively mild storm; when severe, the losses can be stupefying. Once felled, they are fiercely dangerous, risking injury or death by electrocution. And those are just the electric supply lines that thread through the neighborhoods of our cities, towns, and suburbs such as Knox County. The high-voltage lines that crisscross our natural landscapes feeding local substations and arterials are an entirely different matter.

In contrast to the risks posed by our power supply network, the greatest threat to the power grid in the United States is not “radical Muslims,” lone-wolf terrorists, Oregon’s National Wildlife Refuge liberator Ammon Bundy, or any of the other usual suspects; it is arboreal. Yes, what was once an imaginary major air pollutant during the Reagan administration is the actual and most serious danger to our electrical supply lines: trees.

“Severe weather is the leading cause of power outages in the United States. Between 2003 and 2012, an estimated 679 widespread power outages occurred due to severe weather. Power outages close schools, shut down businesses and impede emergency services, costing the economy billions of dollars and disrupting the lives of millions of Americans.”

Sadly, when it comes to the topic of what is commonly known in the industry as “undergrounding” power supply lines, the White House report quickly demurs:

Sadder still, these White House figures, which range by a whopping 400 percent, are unaccompanied by the much-needed one-to-one comparison of overhead versus underground power lines costs that would take into account: 1) installing overhead lines, 2) repairing storm-damaged lines, 3) loss of life from downed lines, 4) loss of productivity from power outages, 5) cost of tree-trimming programs, 6) maintaining the personnel and specialized equipment for all of this maintenance.

A primary reason for this enormous quantitative and analytical lapse in the White House’s report is the appalling dearth of scientific studies on this basic issue. Dr. Yilu Liu, UT Governor’s Chair for Power Grids, responding via e-mail to my request for guidance owing to this absence, offered: “Interesting question. I am not an expert to comment [on this particular topic]. I know Denmark has plans to bury all their transmission system underground.” With unintended irony she suggested: “dig there.” The reason for this lacuna is difficult to suss out, other than the topic lacks funding, which, of course, preserves the status quo, which must profit someone, somewhere. 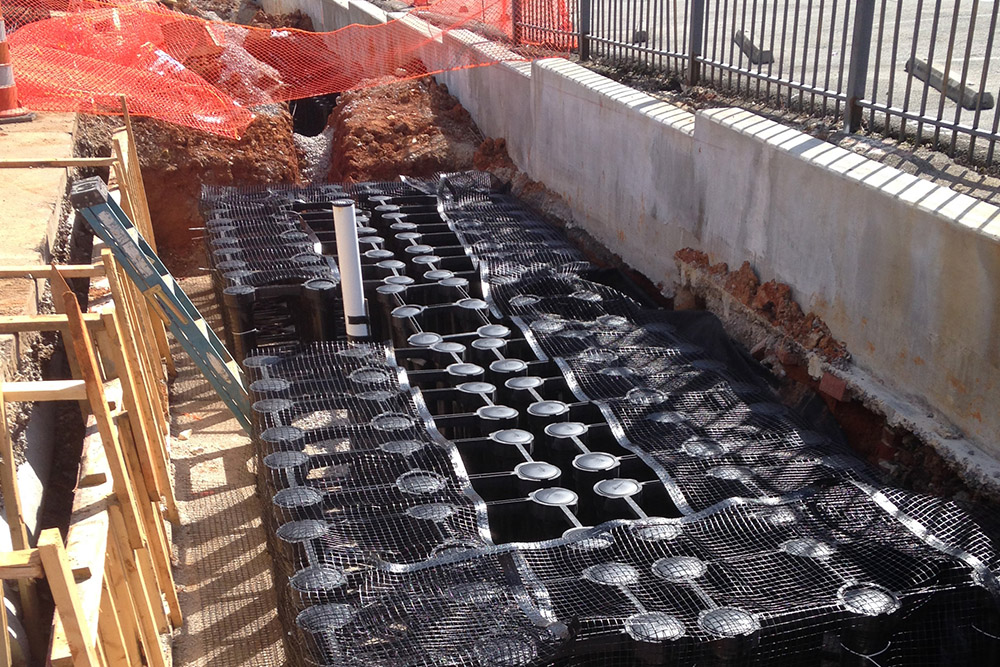 Meanwhile, citing losses from Super Storm Sandy (2012), the “Grid Resiliency Report” continues: “Perhaps the most important issue for coastal regions is that underground wires are more vulnerable to damage from storm surge flooding than overhead wires.” It’s hard to argue with that; storm surges erode shorelines and riverbeds. Only a fool argues with the obvious. Yet, there are times when the obvious is oblivious and makes fools of us all. For instance, this sort of simplistic conclusion is at odds with the experience of anyone who has lived outside the United States in proximity to the littoral edge of a landmass.

Venice, Italy, for example, home to many unique and world-class works of art and artifice, is perhaps best known for something natural: its high water, the acqua alta. While most talk of Venice’s sinking, it is actually the water level that is rising. Once limited to lunar cycles and high tides, the flooding has been made much worse by global warming.

When the high water hits in late winter or early spring, on a particularly foggy night, it’s impossible to tell where the sidewalk (fondamenta) ends and the canal or lagoon begins. Yet, amid all of this water—creating hydrostatic pressure so great it has created permanent waves in the famous mosaic floor of the church of St. Mark—and buried beneath the stone-covered walkways and squares lays hidden some extraordinary artifice: a gaggle of plastic conduit carrying the city’s utilities, including its electrical supply and high-speed Internet cable. Venice is a wired city and has been for decades.

Admittedly, Venice seems an improbable place for a city such as Knoxville, or any city for that matter, to use as a model from which to learn. Built almost entirely on artificial ground, long before Napoleon’s army crossed the Alps, Venice ceased functioning as the major maritime power it had been for centuries, becoming the museum-city we know today.

Closer to home, San Diego has been undergrounding its utilities since 1970. Before looking more closely at San Diego, however, it may help first to get a broader view of this issue. After all, why are high-voltage utilities not underground to begin with? Why do we, in the United States, take for granted that they ought to clutter our streets, roadways, and landscapes? Part of the answer is simple; they have become so ubiquitous—such a standard part of our public realm—that we tend to edit them out of our conscious field of view. They are the normative static of everyday life.

Not all utilities and their delivery systems are the same. There are good reasons why the Romans, during antiquity, situated their water supply far above ground and now, not. Even during Augustus’ time, the sewage and rainwater often ran underground. And while electric lines are dangerous when they “break,” they don’t leak and risk explosion the way gas lines do.

This country became electrified in the same manner its diverse parts were connected with train and telegraph lines—bit by bit through private investment. This certainly rings true in the Tennessee Valley where it seemed unprofitable for the private sector to provide 20th-century services, prompting the greatest single work of artifice since the pharaohs and the electrification of much of rural Tennessee. 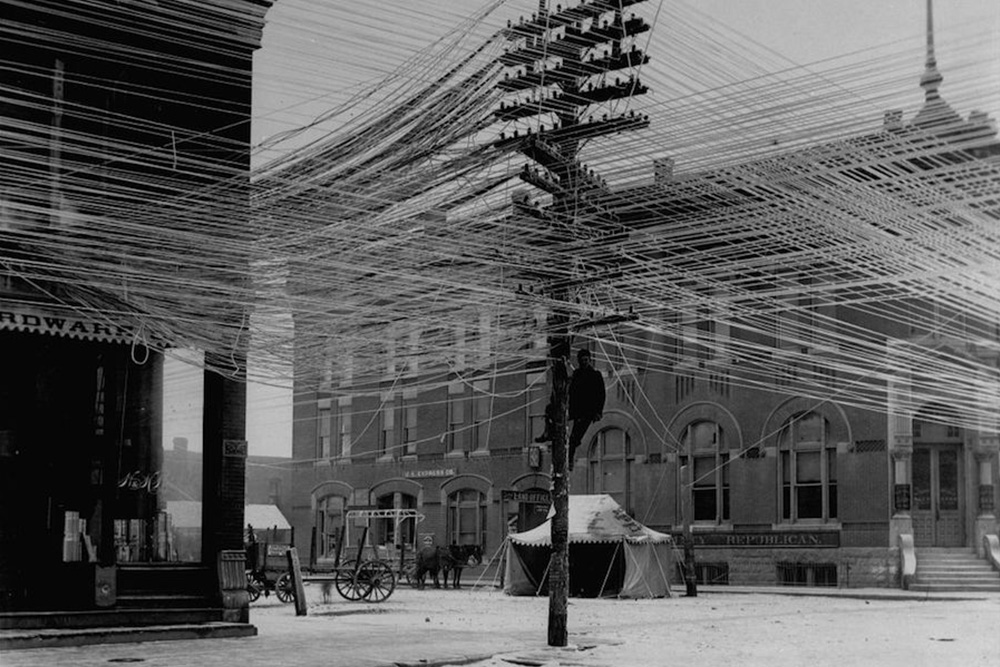 Unlike powerful railroad magnates, however, armed with land grants and rights-of-way who reconfigured vast landscapes to suit their purposes, private electric companies—particularly Mr. Edison’s (failed direct-current) enterprise in New York—chose to do so above ground as it was infinitely less expensive and far faster. Even today, utility companies in many American cities operate in quasi-private manner with arm’s-length government oversight and much autonomy. The Knoxville Utilities Board is an “independent agency of the City of Knoxville” operated under the aegis of the Office of the Mayor who appoints its seven board members to seven-year terms in service of Knox and seven other counties.

While in the midst of an infamous flood zone, for the past 80 years Knoxville has been made all but impregnable to the vicissitudes of floodwaters owing to Sen. Norris and the TVA. There are still flash floods, of course, as there are anywhere there are shallow-banked streams susceptible to intense downpours, the latter of which are happening with increasing frequency owing to climate change. That said, Knoxville remains an excellent venue for undergrounding its electrical grid. And the best place to begin is where it has already begun, downtown and on Cumberland Avenue. It is one of the reasons Gay Street and Market Square are so attractive, and Cumberland Avenue, until now, was so ugly. Anywhere infrastructural construction on existing or new underground utilities is underway is an equally good opportunity for a few more lines of conduit. 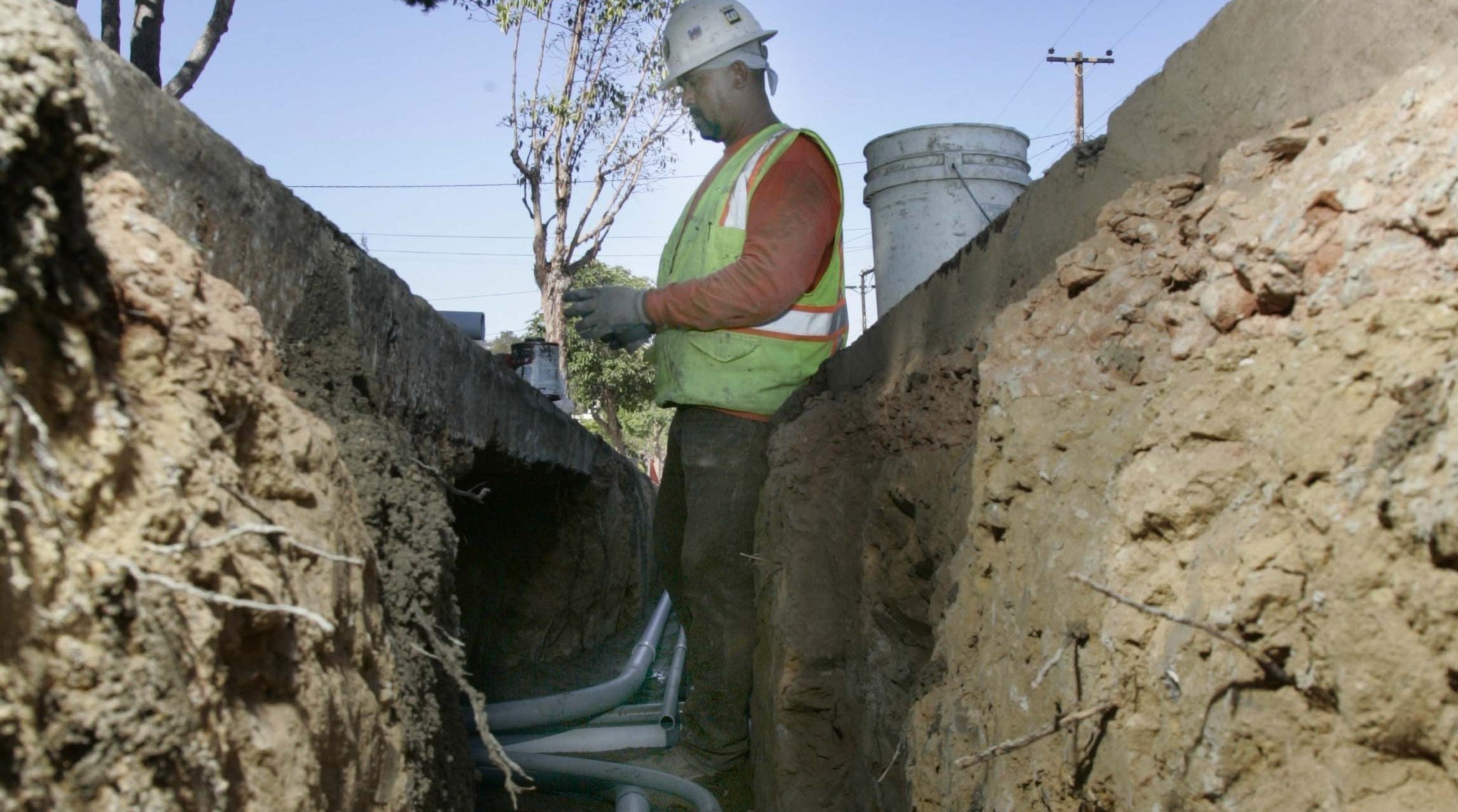 This is largely how the San Diego “Utilities Undergrounding Program” has been operating for four decades. It is a self-financed program, recently bolstered by a forward-looking “2003 California Public Utilities Commission-approved undergrounding surcharge on San Diego residents’ electricity bills.” The initiative is funded at $54 million per year and undergrounds 15 miles of unsightly electrical supply lines annually. The century-long program is on track for completion in 2070. There are few American cities that have taken such a long view of such a long-standing problem.

San Diego’s program ought to stand as a signpost to any forward-looking city. It has a Republican mayor; its downtown is moderately liberal, politically; and it’s surrounded by several extremely conservative precincts, the latter of which voted heavily Republican in the recent presidential election. All of which ought to sound somewhat familiar to Knoxvillians, at least historically.

Located at the extreme southwest corner of the state, bordering Mexico’s Baja Peninsula and Tijuana, San Diego is making its city more beautiful, its roads safer, and its electrical grid more reliable for businesses and homeowners, by burying its grid, truly, bigly, and deeply. Not every tunnel near the Mexican border creates problems that require building protective walls; some offer solutions that open doors. 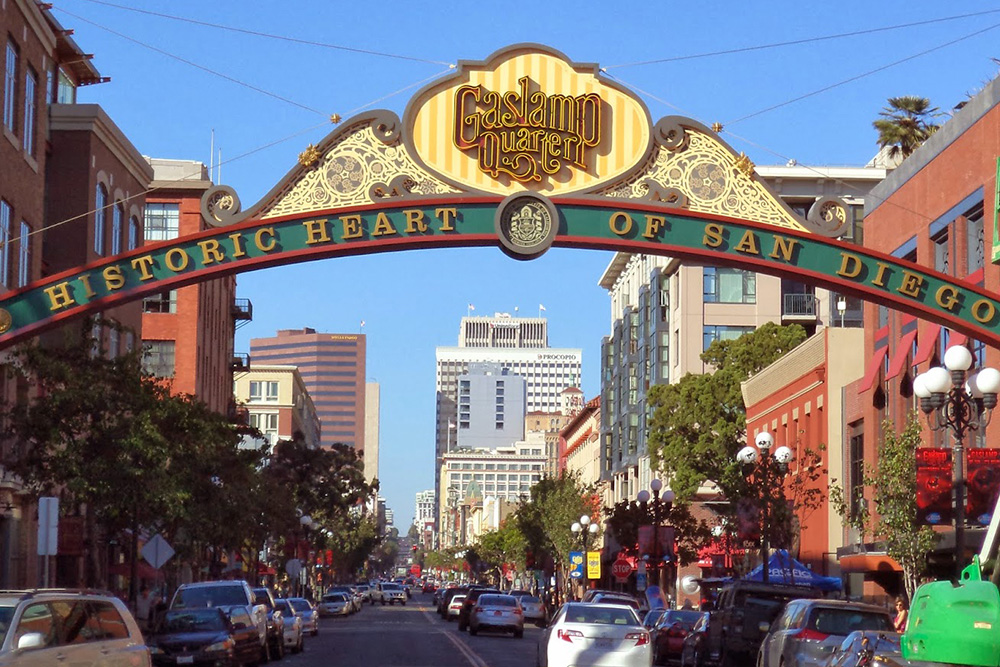 Courtesy of the City of San Diego