From the Pit: KSO Pianist Emi Kagawa - The Knoxville Mercury 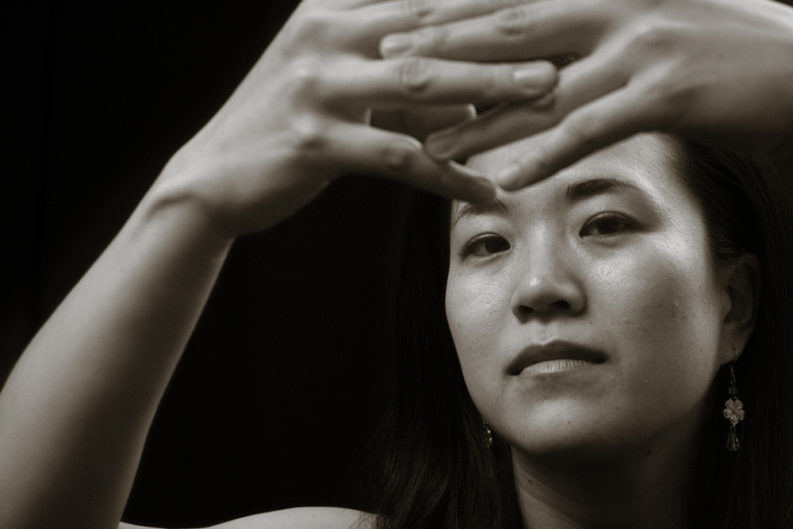 When Emi Kagawa sits down this week to play the piano part during the Knoxville Symphony Orchestra’s performance of Aaron Copland’s Appalachian Spring, she’ll be nestled in among the glockenspiel, cymbals, bass drum and snare. The piano is, after all, at least in some sense, a percussion instrument.

“I’m happy when my part is big and meaningful to the mood or the character of the piece, not just adding sonorities here and there,” she says.

Copland’s keyboard provides everything from the introduction’s plummeting staccato octaves to gouging accents to the sweetly cascading broken chords, doubled with the harp, that accompany the piece’s closing tune, “Simple Gifts.” There’s even a metrically capricious “oom-pah” dance section, where one of the dancers seems to have legs of two different lengths.

Solo piano and orchestral piano are two very different animals, and the latter isn’t always immediately evident. That extra bite you hear when the woodwinds do the “Cha-Cha” in Bernstein’s West Side Story? It’s the piano, doubling the winds. That ring after the rest of the orchestra has cut off in Stravinsky’s Firebird? Piano again. The ostinato that makes Chairman Mao dance in John Adams’ The Chairman Dances? Yep. And that ping on the piccolo in Ravel’s Bolero is the piano’s fairy-dusted cousin, the celeste.

Born in Osaka, Japan, Kagawa holds a doctorate in piano performance from the State University of New York at Stony Brook. Her recent solo recital at the University of Tennessee included Robert Schumann’s turbulent, relentless Fantasie.

Does she enjoy solo playing? “Absolutely!” she says. But she doesn’t mind being in the mix. “Most of the gigs I get are collaborative.”

That is, when she’s not teaching piano and chamber music at St. Joseph’s University in Philadelphia, where she’s been on the faculty for the last eight years. She makes the long commute every week, and all in the name of love—her fiancé is KSO principal trombonist Sam Chen.

Last month, Kagawa’s piano provided much of the dip and sway on Arturo Márquez’ sensuous Danzón No.4 when KSO presented an all-Latin program of chamber music at the Bijou.

“In Latin music, every beat is not the same,” Kagawa says. “Every eighth note has a different weight. My part was entirely covered with the rhythm section; I had to play from beginning to end. The soloists were grooving. I loved it.”