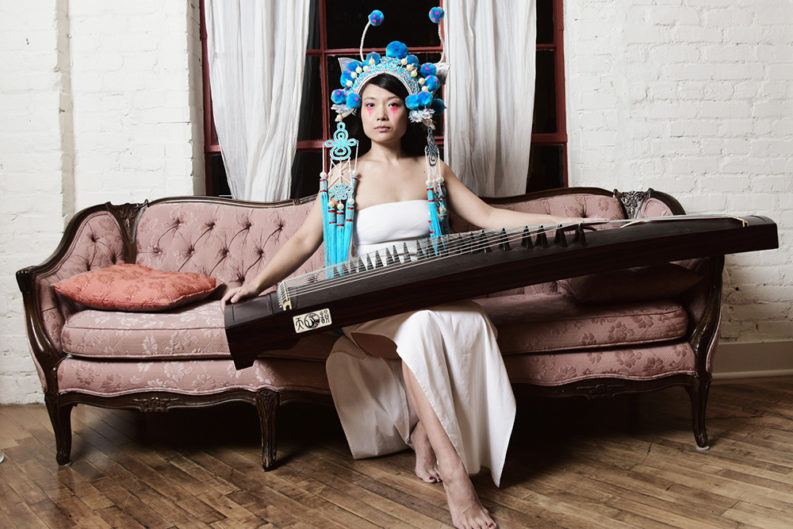 Last month brought the much-anticipated details of next year’s Big Ears festival, with AC Entertainment’s unveiling of semi-mainstream anchors (Wilco, the Magnetic Fields) alongside the usual murderer’s row of renowned composers, virtuosos, and left-field sleeper acts. Aside from changes to its pricing tiers—prompted by customer feedback—and the official addition of a fourth day, Big Ears doesn’t appear to be messing with the formula that’s earned the festival international acclaim since its inception in 2009. But the manner in which the announcement was made added a welcome wrinkle to the festival’s local presence, offering a free offseason showcase featuring Julianna Barwick and Big Ears alumna Mary Lattimore.

Whether the Big Ears brand will make more local appearances in advance of the March 23-26 festival remains to be seen. But curious music fans have a second opportunity to preview the Big Ears experience this Sunday at Pilot Light, with performances from Shane Parish and Wu Fei, two celebrated regional acts scheduled to return to Knoxville for next year’s festival.

Parish is no stranger to Pilot Light’s stage, having crossed the mountain regularly with Asheville calculus-rock outfit Ahleuchatistas. (The duo is returning to Big Ears in 2017, following up on a furious 2010 appearance, in addition Parish’s scheduled solo performance.) But those familiar with that group’s noisy acrobatics may be caught pleasantly off-guard by Parish’s solo set, which consists of traditional folk songs specially arranged and reimagined for his incomparable guitar work. As described by Big Ears stalwart Mark Ribot, the accompanying album Undertaker Please Drive Slow, out Friday on John Zorn’s Tzadik Records, “finds Parish standing at the cross-roads between playing the country blues and deconstructing? devolving? destroying? them.”

Even more typical of Big Ears’ riches is the music of Nashville-by-way-of-Beijing artist Wu Fei, whose skill on the 21-string, five-foot guzheng zither has attracted worldwide attention and led to collaborations with art music luminaries (Zorn, Fred Firth) and Americana stars (Béla Fleck, Abigail Washburn) alike. Though Wu’s prowess is on ready display at her YouTube channel—regularly updated with playful improvisations and “duets” with environmental sounds like a car wash or passing train—Sunday’s performance is likely to offer a taste of one of Big Ears’ most reliable pleasures: virtuosity that wrings universal joy from unfamiliar sounds. March can’t get here quick enough, but Sunday night should make the wait a little easier.