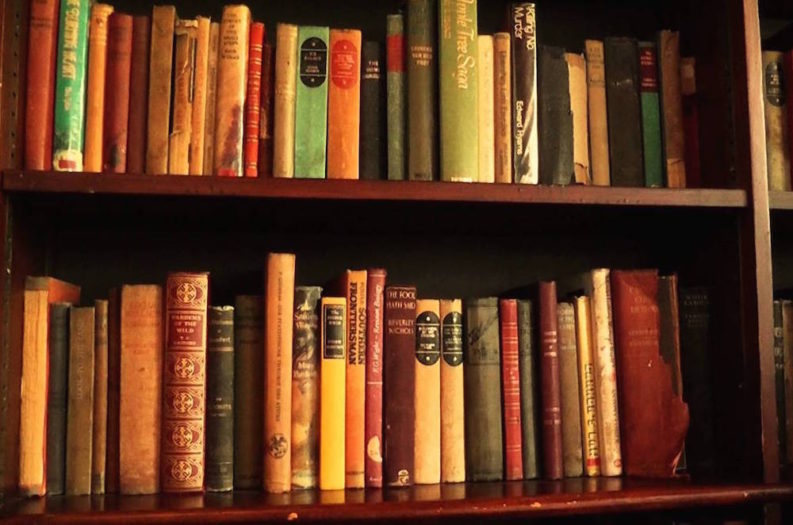 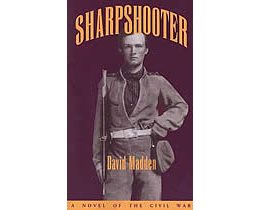 The American Civil War, perhaps more than any other war fought by Americans, is a writer’s war. Hundreds of books have been published on the conflict since 1865—narrative histories like Shelby Foote’s three-volume The Civil War, rigorous academic studies like James McPherson’s Battle Cry of Freedom, countless biographies of figures like Stonewall Jackson, and analyses of famous battles like Shiloh and Gettysburg. They’re all different in scope and subject, but they share one important purpose: to provide a sense of moral clarity to a conflict that killed 750,000 people.

David Madden’s 1996 novel Sharpshooter, celebrating its 20th anniversary this month, is less well-known than the works of Foote or McPherson, but it stands as one of the most original and challenging books about the Civil War published in recent years. Madden resists the urge to craft a grand and encompassing narrative about the war, or to present a definitive judgment about it. What he gives instead is an honest assessment of the voices anyone who has written about it relies upon to reach such judgments.

The esoteric form and literary voice of Sharpshooter are typical of Madden but unlike almost anything else written about the Civil War. That’s perhaps one reason why Sharpshooter hasn’t gained a wider following in the past 20 years. But it’s also why the novel is essential reading for anyone who wants a deeper understanding of how the Civil War has been written about.

Madden, who was born and raised in Knoxville, has had a lifelong devotion to Civil War scholarship and literature. He was instrumental in the formation of the United States Civil War Center at LSU in 1992 and edited several collections of essays about the Civil War in American literature. He is a connoisseur with deep knowledge of the conflict and the literature discussing it.

Sharpshooter masquerades as the memoir of a fictional solider named Willis Carr. Willis, a young man from a Unionist family in the mountains of East Tennessee, joins the Confederate army at 13 and serves as a sharpshooter under Gen. James Longstreet. He participates in several familiar engagements: the Peninsular Campaign, Antietam, Fredericksburg, Gettysburg, and the Wilderness. He even guards prisoners at the infamous Andersonville after spending a brief period there as a prisoner himself.

When Willis returns to East Tennessee after the war, he tries to tell his story in order to make sense of his experiences. He spends most of the book wandering through the places he had been and speaking with others who seemed to share his fickle sense of memory.

The way in which Madden presents us with Willis’ memoir highlights an important perspective about our knowledge about the Civil War. After the war, memoirs of both Union and Confederate veterans competed for what historian Sarah Gardner calls the “culturally sanctioned memory” of the Civil War. As a genre, the memoir was especially potent in creating a proxy through which the reader could experience the war, and perhaps better understand it. Who better to articulate the truth of that experience than those who fought the bloody conflict on the ground?

Sharpshooter is unique among Civil War novels in revealing the slippery connection between experience and truth. Willis finds his war memories fleeting and fragmented. Aspects of different engagements combine in a morass of sunken roads and churches that neither Willis nor the reader can tell apart.

Only Willis’ memories of events with ties to East Tennessee are articulated with clarity: the 1861 burning of Lick Creek Bridge; a fever dream in the tower of Bleak House, during the 1863 siege of Knoxville; the sinking of the riverboat Sultana; Willis making acquaintance with a former slave at Andersonville. Even these incidents, as both we and Willis later find out, are not quite what they seem.

Through Willis’ blurred vision, Madden suggests something about our attempts to reconstruct the war through the eyes of others. Willis, as a sharpshooter, would seem to have the benefit of being, both literally and figuratively, above it all. But his elevated position obscures as much as it illuminates. Witnessing everything from his lofty vantage point through the narrow scope on his sharpshooter’s rifle, Willis is overcome with the feeling that he somehow missed the entire war. In reading his memoir, the reader gets the sense of also missing out even while sharing his lofty perspective.

In middle age, Willis finds that other sources are as unreliable as his memory. Oral narratives, written accounts, photographs, drawings—the very objects we depend on to elucidate historical events—only complicate his efforts. They are clouded by the limitations of the senses, the biases of memory, and the imprecision of language itself. He comes to recognize that they tell their own stories, each as incomplete as his own.

We will never know the Civil War, Madden implies, from any closer than the sharpshooter’s perch. And even that gives way to the omnipresence of historical fog, as Willis’s journey shows. Within this lies one of the most important lessons regarding the way we remember the Civil War. The real war, in all of its human catastrophe, can never happen the same way twice. It’s an experience we lack the tools to reconstruct. Documentaries, battlefield maps, first-person accounts, even battlefield preservation are noble attempts that are always missing something merely by having been created ex post facto. The Gettysburg that I have visited, read about, watched in movies, and played in video games will always be a sterile reconstruction of the Gettysburg of July 1-3, 1863.

Still, these difficulties are no excuse to abandon the effort of understanding the Civil War. We must continue to use the tools we have to make people aware of it, and to make sure we never forget. As Madden once wrote, “Facts alone fail us, but emotion, imagination, and intellect, acting together upon the facts, make the facts stand up and speak.”