I’m Every Woman: The Ultimate Showdown Between the Bionic Woman and Wonder Woman - The Knoxville Mercury 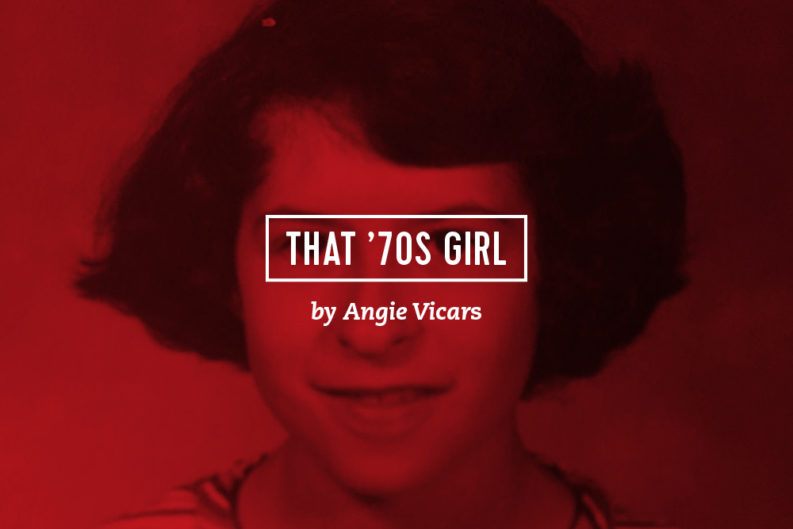 When I was a kid, I wanted to be the Bionic Woman. She was everything I was not—a tall, blond TV star, whose bionic implants made her super strong.

The Bionic Woman never got a stitch in her side in gym class. When she chased bad guys in slow motion with sound effects, you knew she would catch them.

The Bionic Woman never fell off the monkey bars because her arms got tired. She swung her bionic arm into the fembots’ fake faces and exposed their underlying electronics.

The Bionic Woman never got in trouble for not listening to her mother. Her bionic ear heard evil scientists plotting miles away while we saw a close-up of her ear with sound effects.

But although I admired her remarkable qualities, I had to admit the Bionic Woman had drawbacks.

She died because her body rejected her bionic implants. She wound up with amnesia after her doctor revived her. She couldn’t remember her engagement to the Six Million Dollar Man, and that lame doctor never gave her any bionic memory. Her bionic body parts wouldn’t even tan, making her an outcast among ’70s super models.

All she had to look forward to was teaching middle school and working as an undercover government agent.

One night in search of a new TV star, I saw a bespectacled brunette secretary in a Navy uniform spot a bad guy and start spinning around until she caused a small explosion. When she raced from the smoke in a stars-and-stripes unitard and lassoed the loser to the tune of her own theme song, I must tell the truth: I was hooked on Wonder Woman.

She was a talented twirler, from her costume changes to her near-cowboy capabilities with that golden lasso that caused villains to spill their evil secrets.

No other ’70s superhero was such a fashion icon either. Wonder Woman could block bullets with her golden bracelets and rush to Steve Trevor’s rescue in her red earrings and go-go boots, yet her golden tiara never slipped over her eyes.

Plus, she was the pilot of her own invisible plane. Sure, that clear plastic plane looked clunky on TV, but Wonder Woman didn’t have to ride in the back of her parents’ land yacht with her older brother snaring her in noogie headlocks when she wasn’t looking.

Was it ever rough being Wonder Woman, I wondered. Were there times when she would stop mid-spin and ask herself, Was I better off when I was just an Amazon princess? By the third season of pretending to be Diana Prince, did she catch herself looking at Steve Trevor and thinking, I left Paradise Island for this?

But Wonder Woman was quite a leap for a scrawny, 8-year-old tomboy like myself to portray when my friends and I played Justice League. The only claim I had to her was my dark hair. Spinning made me dizzy because I dissed ballet class. My borrowed bracelets were so big they fell off my wrists so I kept getting shot. I did have decent lasso skills, but every time I caught Jason he cried and claimed I gave him rope burn.

One day, I decided it was time to take a stand.

“The Bionic Woman deserves to be a super hero,” I announced. “She can do things that are just as cool as Wonder Woman.”

I expected a lengthy debate, but Martha, who had red hair and got to be Bat Girl, just looked at me and shrugged. “Makes sense to me. Buffy has long blond hair. She can be the Bionic Woman.”

“No,” I argued as Buffy made slow motion, bionic sound effects while she chased Jason. “It was my idea. Why don’t I get to do it?”

“You’re already a super hero,” Martha said. “What have you got to complain about?”