The Hard-Rockin' Supersuckers Just Won't Quit, Even After 28 Years - The Knoxville Mercury 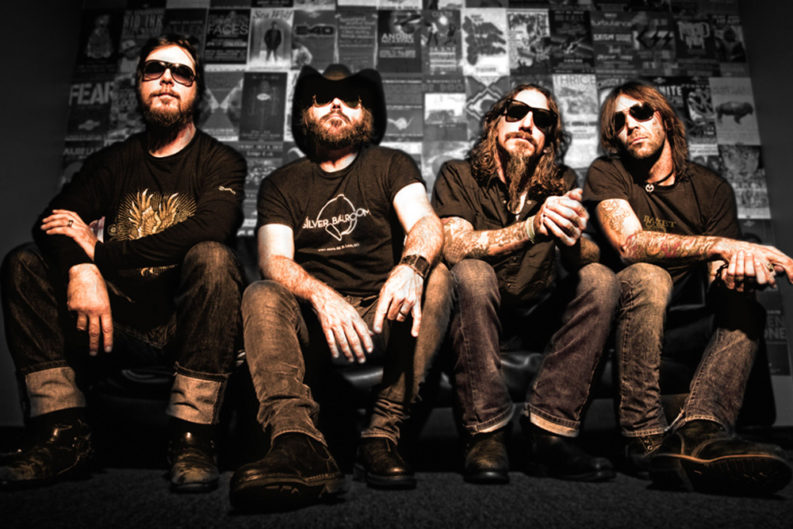 If Supersuckers frontman Eddie Spaghetti was indeed born with a tail—as suggested by the title of one of the band’s better-known songs—then he keeps said appendage carefully tucked between his legs when addressing the ups and downs of the band’s 28-year career.

Spaghetti, 49, speaks with an odd mix of bravado and humility, giving props to his long-running outfit while acknowledging the band is not exactly a household name.

“Our plan? Keep putting out records that no one will buy, and being awesome in a way that no one will notice,” Spaghetti says with a hearty chuckle, speaking from the road during the band’s current tour. “What we won’t do at this point is quit.”

Founded in 1988 in Arizona, the Supersuckers have changed a time or three since first taking their grungy country-punk-rock act onto a Tucson stage, with nearly a dozen members having passed through the ranks since day one. Lead singer, chief songwriter, and bassist Spaghetti is the only member who has persevered through the entirety of that run, though guitarist Dan “Thunder” Bolton has come close, having taken a couple of brief hiatuses from the band.

And Spaghetti is adamant in insisting that the band’s current lineup, also including guitarist “Metal” Marty Chandler and drummer “Captain” Christopher Von Streicher, is its best yet. That lineup is largely responsible for the band’s last two records, 2014’s Get the Hell and 2015’s Holdin’ the Bag, both on Acetate Records.

“The changes have been difficult at the time they happened, and sometimes you struggle with the public perception of that,” Spaghetti says. “But I feel like the lineup now is the best it’s ever been, that this is what it should have been from the start.

“Our last couple records have been our best records yet. Everyone’s dialed in, and there’s no drama. It’s fun to come to work every day.”

That’s a big statement, given that the ’suckers’ catalog includes such gems as 1995’s The Sacrilicious Sounds of the Supersuckers and 1997’s foray into full-on country, Must’ve Been High, both on Sub Pop.

“It was such a radical departure into country, it was kind of like, ‘What have we done?’” he says, laughing again. “We thought we’d totally alienated our fan base. And we don’t have too many fans to alienate. Now, though, that may be our best-selling record.”

Currently, the band is still touring in support of the aforementioned Holdin’ the Bag. “We didn’t get a chance to hit in full last year, so we’re still flogging that thing,” Spaghetti says.

In the spring, though, he hopes to take the band off the road and start work on what would be the band’s 11th full-length studio album.

“We’re too good to stop,” he says. “It’s a lot of fun being in this band, and everyone still enjoys what we’re doing.

“Truthfully, no band has a right to be this good this late in the game.”