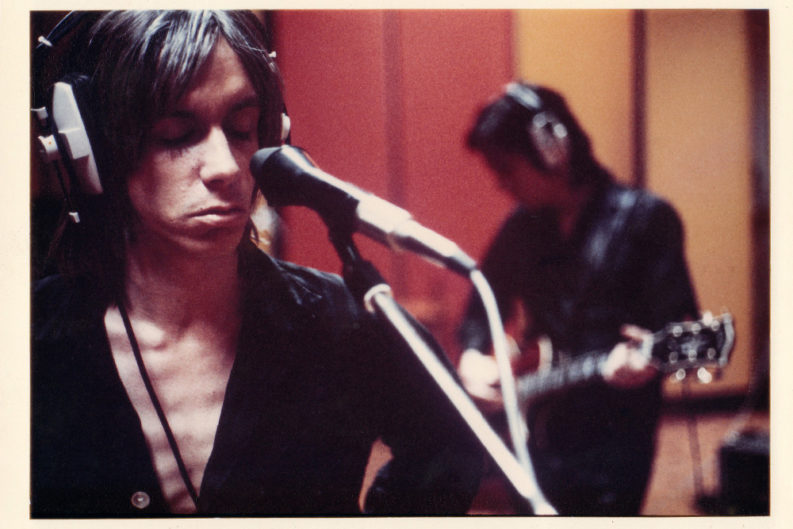 The Stooges made a critical discovery during their first recording session in New York in 1969: The band couldn’t lay down a decent instrumental track if singer Iggy Pop, nee Stooge, didn’t dance in the studio while they played. If Iggy didn’t move, they couldn’t make the music move.

It’s a nugget that says much about the idiot-savant nature of the band. It also serves as a good metaphor for the problem with Gimme Danger, Jim Jarmusch’s new documentary about the foursome. He’s made a film about one of the most powerful and visceral rock bands ever, featuring one of the most galvanic and colorful frontmen ever, via the rote mix of subcinematic tropes that makes up every wildly meh musical biodoc clogging up the lower depths of streaming services. Gimme Danger never really moves, as it were, and as a film, it isn’t likely to move you much, either.

Jarmusch finds a fine framing device: He starts in 1973, after the Stooges’ clamorous third album, Raw Power, has followed the first two into commercial ignominy. The band members are struggling with drugs and the years-long grind of trying to get the world to notice them. They don’t break up; they fall apart. As far as they know, they are utter failures.

The narrative then rewinds to thumbnail the backstory of a quartet from Ann Arbor, Mich., coming of age in the ’60s but a bit too young and sardonic to be hippies. Their hang time turns into a band, but the Psychedelic Stooges aren’t a rock group so much as an experimental noise outfit. (In Pop’s talking-head interviews, which dominate the film, he reveals that a favored pastime in the early days was getting high, turning off all the lights, and listening to records by avant-garde composer Harry Partch.) Ron Asheton (guitar), brother Scott Asheton (drums), and Dave Alexander (bass) made a riff-based racket while Iggy did everything he could think of to capture the audience’s attention—gyrating, crawling, “playing” a vacuum cleaner, screaming, even singing.

The Stooges were snatched up by prescient A&R man Danny Fields and herded toward professionalism. They began recording their first album despite not having any actual songs. Scott Asheton reveals that his brother Ron wrote “Not Right” the night before a session; the thundering version on the Stooges’ 1969 debut is not only a first take, it’s the song’s first-ever performance.

The album didn’t sell, and neither did the follow-up, the epochal Fun House. Iggy’s unhinged stage performances laid the foundation of his legend, and the thudding live powerhouse connected with some susceptible listeners, but the band, and the film, end up back at 1973 anyway. The final reels skim over the Stooges’ years in the wilderness and the inexorable build of their posthumous reputation and influence. (Fields notes that the Ramones came together not because they were friends, but because they were the only people they knew who liked the Stooges.) Gimme Danger wraps up with the slow progress toward a 2003 reunion that earned them some of the accolades, and the money, they missed the first time around.

There are limits to what Jarmusch could do here. The relative obscurity of the Stooges during their initial careen means that there’s very little sync-sound footage of the band performing at its height. Ron Asheton, Iggy’s key foil, died in 2009, forcing Jarmusch to use a few scraps of existing interview footage. But what absolutely boggles the mind is that Jarmusch, an estimable filmmaker, can’t seem to find a way to do anything with the Stooges’ story that literally almost any other fanboy with a camera couldn’t have done.

He plops Iggy down in a chair in one garish room or another and shoots him talking—he doesn’t even follow him around the house a little. He cuts in a couple of other talking heads who were in the band, or close to it. He mixes in some archival footage and old stills. He throws in some hand-scrawled title cards. When someone tells a funny story, he illustrates it using deliberately amateurish animation. There is mention of debauchery and bad blood, but nothing comes out on camera that’s going to wobble the righteous, redemptive arc of the story. The only rock-doc cliché Jarmusch manages to avoid is bringing in Bono or John Waters or Henry Rollins to sing the band’s praises.

What Jarmusch does here constitutes an efficient format to offer basic information about a topic, but index cards can do that. It is so, so, so tired, and everybody does it. The chair, as a staple of contemporary documentary filmmaking, must die. While superfans will no doubt enjoy spending a couple of hours hearing the old stories, you can definitely wait until it’s streaming.