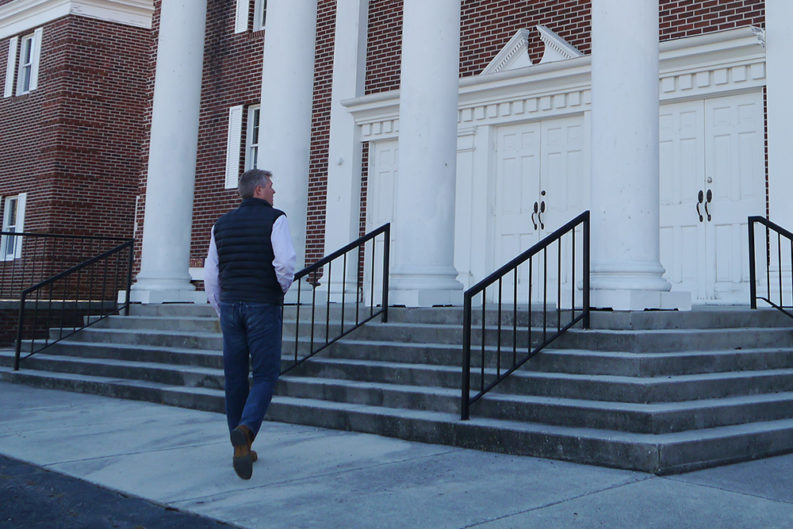 South Knoxville residents, boosters, and investors have found a blueprint for economic success in the woods.

Several new project announcements and business plans have put the southern side of the river in the news lately, and the area’s proponents attribute the growth spurt to the Urban Wilderness, a 1,000-acre green assemblage of parks and wild land threaded with hiking and mountain-bike trails. It’s brought a lot of attention to South Knoxville among both local outdoors enthusiasts as well as national outdoors publications and websites. Which in turn is sparking the interest of developers.

“There’s a huge resurgence and renaissance going on, to be honest with you,” says 1st District City Council member Nick Pavlis. “[It’s] attributable to the Urban Wilderness—that’s the catalyst, there’re no two ways about it.”

Relatively low housing prices in the area also augment the draw, he says, but demand is increasing and bidding wars have broken out, especially in areas adjacent to the expansive green space and trails. Though Pavlis’ observations are anecdotal, the real estate website Zillow ranks the 37920 zip code as a “hot market” that has seen property values increase 3.3 percent over the past year. It projects a 4 percent increase over the next year.

“This is what South Knoxville has needed for years and years. There are so many moving parts to it,” he says of the area’s success, noting the public investment in the area through tax credits while also citing entrepreneurship. “There’s a ribbon-cutting every week.”

Not exactly, yet, but there are significant signs of growth throughout South Knoxville, where some merchants faced dire times during the 2011-2013 closure of the Henley Bridge:

• Developer David Dewhirst is moving forward with the renovation of the Kerns Bakery at 2110 Chapman Highway. An open house at the property last month attracted a couple hundred people. In 2015, the city provided $200,000 toward the renovation of the historic building. New windows have been installed at the site, which will include retail and dining options.

• Last month, City Council approved the sale of South High to Dover Development Corp., which plans a $9 million renovation of the blighted Moody Avenue school into an assisted-living center.

• Suttree Landing Park on the Tennessee River along Sevier Avenue is complete. (The Trailhead Beer Market is near the 8-acre city park.) Meanwhile, $160,000 in Phase 1 improvements is slated for Fort Dickerson Park, which will add a public drive and parking lot to the quarry lake.

• Work continues on the Sevier Avenue site of SoKno Taco Cantina; that should be open by the beginning of December. Honeybee Coffee Company also began work last month on a brick-and-mortar location on Sevier Avenue—up the street from Three Bears Coffee Company.

And that brings us back to the Urban Wilderness, developed by the Legacy Parks Foundation. It includes Ijams Nature Center and the Meads Quarry area and extends mainly along the south side of the river. The cantina is going up across the street from the Round Up Restaurant; both are near Baker Creek Bottoms and its mountain bike trails ranging from novice to expert. A children’s bike area is almost complete, and a youth adventure park opened Nov. 3 near South-Doyle Middle School.

The former Sevier Heights Baptist Church campus on Sevier Heights Road is adjacent to a lot of this, and the site could be another notable commercial endeavor tied to the Urban Wilderness. Tom Weiss, who operated the Grill at Highlands Row in Bearden for six years, is partnering with former Blackberry Farm activities director Thomas Krajewski to convert the site’s five buildings—totaling 80,000 square feet across 4 acres—into an “adventure inn,” restaurant, and brewery. 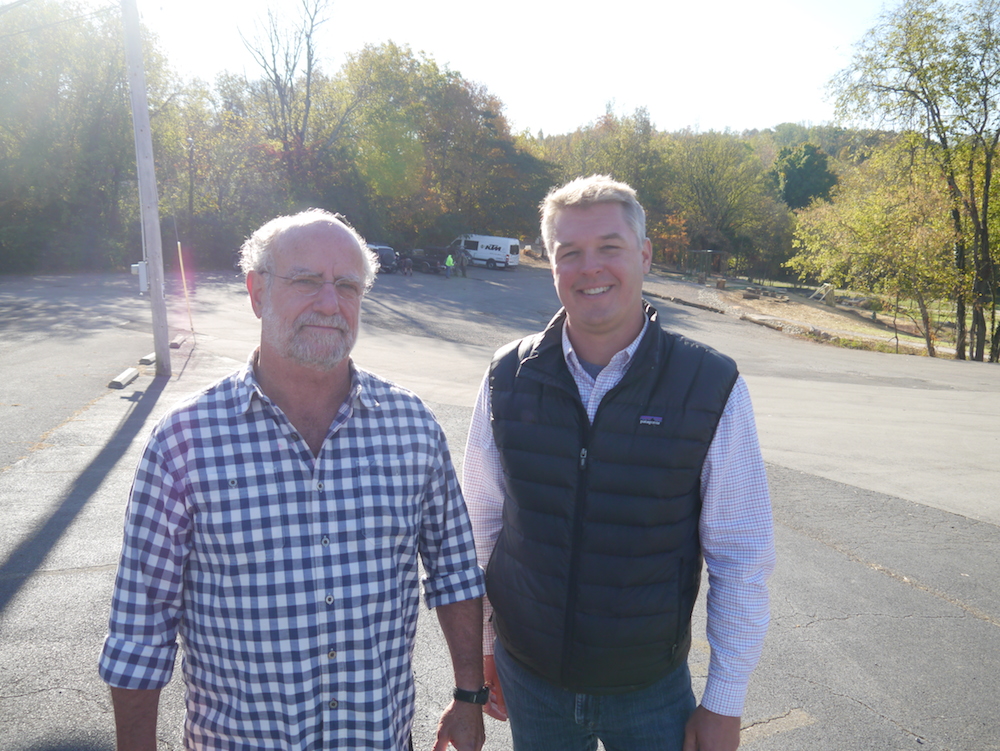 The plan is contingent on successful rezoning of the property from residential to commercial, but Weiss and Krajewski have the property under contract and think there’s a market for concierge outdoor services and adventure tourism.

“We truly have an ability to be a one-stop hub for people wanting to explore outside,” says Krajewski, a real estate agent at National Land Realty.

And the area’s outdoor attractions range far beyond those of the Urban Wilderness. Visitors to the area could base their trip at the as-yet unnamed property, ride mountain bikes in the morning, and then take an afternoon hike or rafting trip.

The heart of the business would be roughly 34-bed lodging units, but the brewery (planned along with a tasting room in the gym of the old church campus) and restaurant (set for the old chapel building) would cater to overnight guests, locals, and day-trippers.

“It’s going to be an eclectic mix of uses,” Weiss says. Indeed: Flying Anvil Theatre would lease the sanctuary for rehearsals and performances, and the whole project will be “art-centric,” featuring works representing or created in South Knoxville.

The project would reuse existing historic buildings; a recent tour of the campus showed most of the buildings to be in very good repair, considering the church dates to the 1930s.

A few concerns have surfaced, but Weiss says the project appears to have overwhelming support from the South Haven neighborhood, based on a recent presentation he made to area homeowners.

Presuming successful rezoning, Weiss and Krajewski hope to begin bringing in leaseholders to operate the restaurant, brewery, and inn within about six months of approval. They decline to identify specific possible leaseholders as this point, as plans still have to be massaged and leases signed.

Down the hill at the Baker Creek Bottoms trailhead, Yanni Smyrni and his wife and son take a break from mountain biking.

“This is the greatest family recreational opportunity that Knoxville has to offer,” he says on a sun-soaked autumn Sunday as other bicyclists of varying intensities come and go, and the parking lot gradually fills up.

And people are coming from other cities and states to enjoy the outdoor amenities of the South Knoxville wilderness. Smyrni, who came to Knoxville two years ago as a manager at REI’s opening and now runs a Farragut bike shop, calls the seemingly endless trail connections spanning so many acres “unheard of in an urban setting.”

Nearby, Kelly Brown of Bower Bird Sculpture is putting the finishing touches on the children’s practice area. The development adjacent to the Urban Wilderness is testament that South Knoxville and its citizens “have embraced recreation as a means of commerce,” Brown says.

“As populations grow in these areas, these spaces are going to become more and more valuable,” he says. 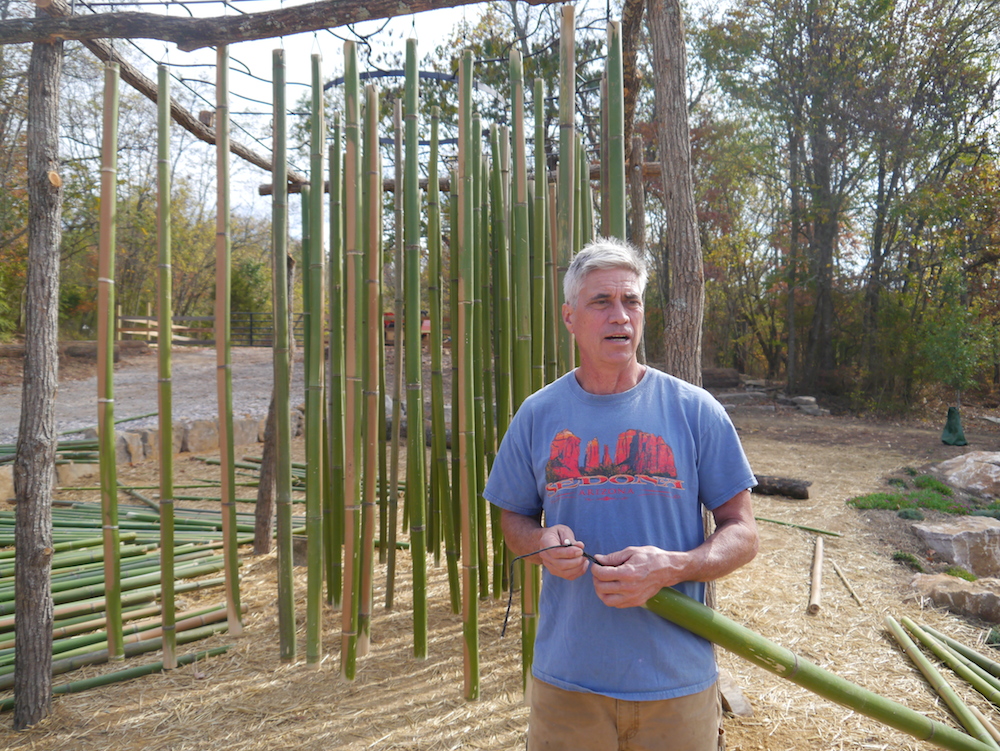 The Appalachian Mountain Bike Club will hold its fall festival from 9:30 a.m. to 2 p.m. Saturday at Baker Creek Preserve on Taylor Road in Knoxville. The event will feature food, guided mountain-bike rides, demonstrations and contests.