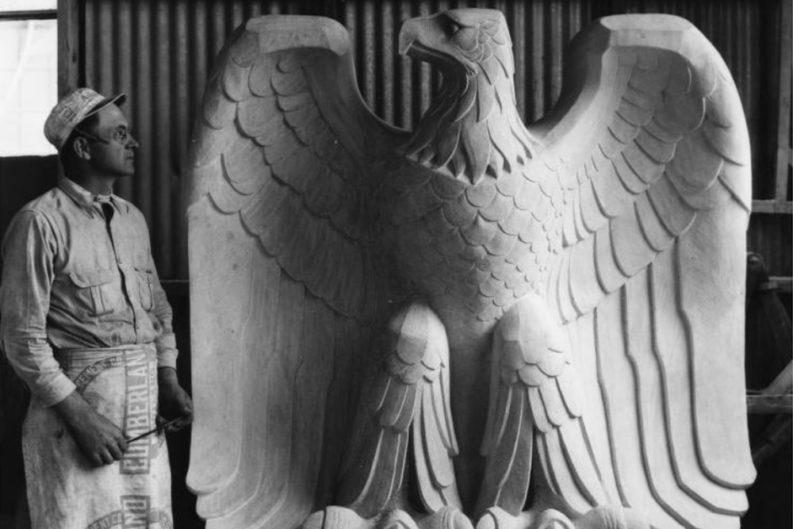 The evening of Thursday, Nov. 3, will witness Knox Heritage’s annual Preservation Awards, at the Bijou Theatre. The historical preservationist organization was founded in 1974 to save that theater from planned demolition. The 1909 vaudeville house, which has hosted performers from the Marx Brothers to John Philip Sousa, has since earned international praise for its near-perfect acoustics. Each year, KH awards the best examples of historic preservation in Knox County. This year’s guest speaker is Jeff Devlin, host of DIY Network’s Stone House Revival. The event is free and open to the public, but KH asks that attendees respond to rsvp@knoxheritage.org, or call 865-523-8008.

The University of Tennessee, celebrating Homecoming this weekend, traces its origins to 1794, and has been on its current campus since 1828. On Friday, Nov. 4, Jack Neely of the Knoxville History Project will give a historic walking tour of the University of Tennessee’s campus. Included will be the “Hallowed Hill,” which contained most of the college for about 100 years, and is still the site of historic buildings, including couple of Victorian-era academic halls; the old administration building that was central to a dramatic student demonstration in 1970; Ayres Hall, UT’s symbolic center (visible in an Ingrid Bergman movie!)—plus Alumni Memorial Hall, where composer Sergei Rachmaninoff gave his final performance, three years after young Frank Sinatra sang there. Also included will be some of the newer parts of campus, including Circle Park, which dates to the early 1890s and was arguably Knoxville’s first public park.

The tour is free, but registration is required. To register, see utk.collegiatelink.net.

Several years ago, singer-songwriter Scott Miller recorded a song called “Ciderville Saturday Night” that got some national attention. This Saturday evening (Nov. 5), at Ciderville, the country-music sanctuary in Powell (2836 Clinton Highway), Ruth B. White will be signing her new book Knoxville’s “Merry-Go-Round,” Ciderville and the East Tennessee Country Music Scene.

Mid-Day Merry-Go-Round was the live-audience variety show broadcast daily on WNOX from 1936 to 1961. Although it featured several varieties of music, including jazz and classical, as well as humor, it became associated with launching the careers of several major country-music stars, including Roy Acuff, Chet Atkins, Archie Campbell, and Don Gibson. From 1936 to 1955, the show was broadcast from the WNOX studios on the 100 block of Gay Street, in a building torn down after a fire in 1978; the space is now used as a courtyard for the Emporium Lofts. From 1955 to 1961, it was broadcast at the big modern WNOX Auditorium at Whittle Springs. (It’s in the process of a demolition effort currently delayed by a city-mandated 60-day hold for potentially historic properties.)

Very few performers of the show survive, but the author, who has been connected to the music business for half a century, was married to Harold White, a steel guitarist for the “Merry-Go-Round.”

And as it happens, her Ciderville signing lands on the 106th birthday of Lowell Blanchard (1910-1968), the Illinois-raised founder and longtime emcee of Mid-Day Merry Go Round.

The following day, Sunday, Nov. 6, White will give a free presentation about her book at the East Tennessee History Center, at 2:30.

The same day, Nov. 6 at 2:00, at UT’s McClung Museum, Kim Trent, longtime executive director of Knox Heritage, gives a talk and slide presentation about Historic Preservation in Knoxville. It’s one of several lectures held in conjunction with the museum’s current exhibit, “Knoxville Unearthed: Archaeology in the Heart of the Valley,” displayed this fall in honor of Knoxville’s 225th anniversary.

Nov. 11 is Veterans Day. Originally called Armistice Day, it has been celebrated in downtown Knoxville nearly every year since 1918, when it was the day that celebrated the end of World War I. It’s always the occasion of a mid-day parade that starts at 11:00, the time when the war ended.

“Rock of Ages: East Tennessee’s Marble Industry” is the name of the exhibit opening at the Museum of East Tennessee History, It opens at 4:30 on Friday, Nov. 18. It will demonstrate how this area’s marble, used in several of the great monuments in New York and Washington, D.C., became famous and such a big part of the local economy that Knoxville became known in the late 19th century as the Marble City.

Featured Photo: Knoxville Marble: One of the carved eagles on the 1932 U.S. Post Office building on Main Street. The man at right is probably Italian immigrant Albert Milani (1892-1977), Knoxville’s best-known marble sculptor, who was recruited for the project. Image courtesy of the Calvin M. McClung Historical Collection.