A Canine View of Knoxville-Area Dog Parks - The Knoxville Mercury 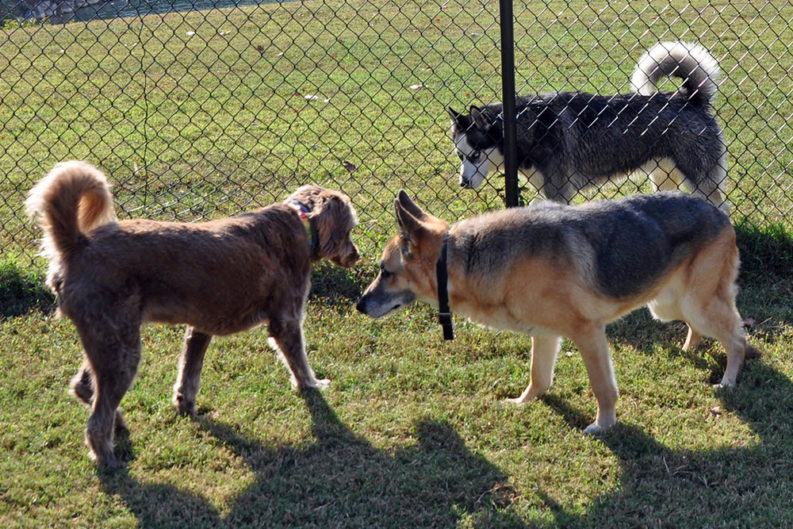 As I approached Maryville’s PetSafe Pistol Creek Dog Park with Pepper, the 6-month old black Lab I was puppysitting, my worst fears about dog parks were realized. A big fight broke out. A golden retriever and pit boxer went at it full tilt for a minute or so. This was my first visit to a dog park, and here I was with my girlfriend Catherine’s puppy, whose barking and playfulness had been testing Norm, my elderly German shepherd, for the past two days. How would Pepper fare among dog park dogs? That Sunday, Pepper and I would try out three parks, and later in the week, I would take Norm to sample three more.

Pistol Creek
After the dust from the fight settled and the apologetic owner left with his pit boxer, Pepper and I entered the 1-acre fenced-in area with the small pavilion (in Bicentennial Greenbelt Park, Maryville). I freed Pepper from his leash, and he fit right in with the only other dogs there, the golden, who had not been the aggressor in the fight, and a standard poodle. Prone to sudden surges of energy, Pepper, on leash, had once jerked Catherine’s mom to the ground, which resulted in a broken elbow. Freed of the leash and among young, energetic dogs, he was burning off his exuberance. Like most dog parks in the Knoxville area, Pistol Creek’s has separate enclosures for big dogs and for those under 30 pounds. Pepper, just starting to fill out, barely fit the large dog category, but he squared up to the communal fountain right next to the battle-hardened golden. 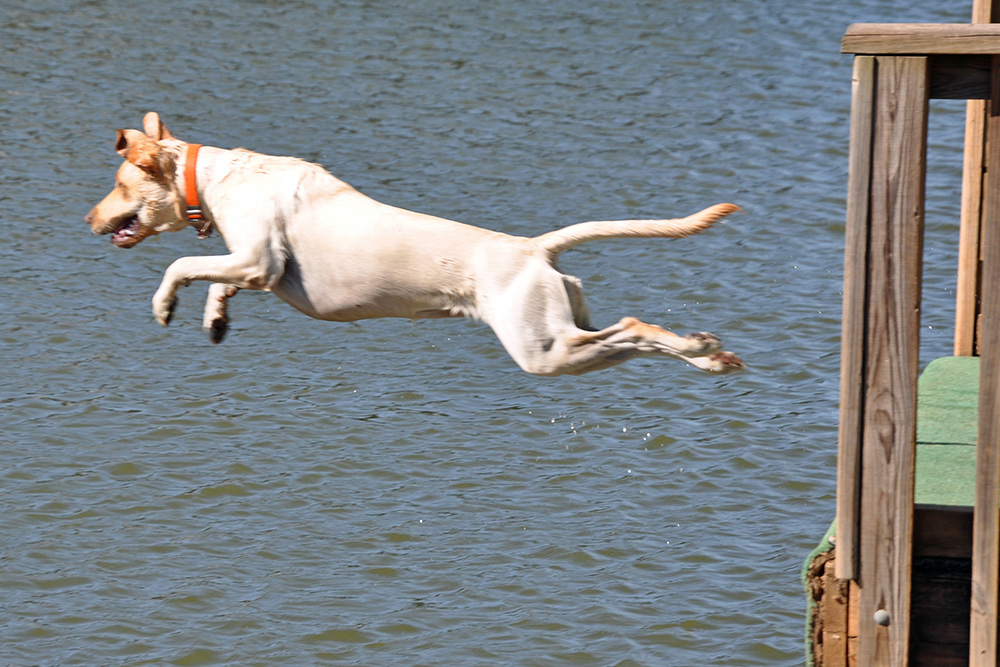 Concord
Dogs far outnumbered humans at Concord Dog Park in West Knoxville, with 40 or so canines running, sniffing, and jumping off the dog dock into the lake. I kept Pepper on leash for the first 15 minutes and then turned him loose among the horde. In the hour we were there, no fights broke out, and Pepper met dozens of new friends. Humans complimented him on his good looks. The main large-dog area at Concord is a mix of dirt and gravel, but at 4 acres, with natural trails that go into the woods, it’s the largest dog park in the Knoxville area.

Charter Doyle
This one’s in a relatively undeveloped part of South Knox County, on Martin Mill Pike, so I wasn’t surprised that Pepper and I had it to ourselves, except for Ruby, a 4-pound, 4-ounce min pin (miniature pinscher) in the adjoining small-dog pen. While Pepper scavenged for the leavings of former canine visitors, I chatted with Ruby’s owner. Somebody had just inconsiderately brought a big dog into the small-dog pen, he told me. “He could have eaten Ruby in one bite!” Ruby did not like to be stepped on. “She will bite you if you step on her,” he said. “She’s bitten me 14 times.” Though tiny, Ruby was clearly overweight, the result of the owner’s feeding her table scraps. “I got in trouble the other day when my wife found gravy on Ruby’s back while bathing her,” he said.

While I was talking, Pepper was exploring the downward-sloping park, a cedar-shaded area with rock outcroppings for climbing dogs and a little grove of trees in a far corner. Pepper ignored the tennis ball I’d brought and molested the ragged remains of a red one he’d found on his own. He slept on the drive home. Norm appreciated the new version of Pepper, worn-out and mellow from three dog park visits.

Dogwood Dog Park at Victor Ashe Park
I was a little worried about Norm’s first visit to a dog park. He didn’t much like dogs. Although he’d never been in a fight, the younger Norm would make great leaping circles around me when we approached another dog on our walks. Though he has mellowed with age, he clearly prefers people. That Wednesday afternoon, as soon as I turned him loose inside the Dogwood Park enclosure, he ignored the dogs who welcomed him at the entrance and tottered uphill 20 yards to greet an older gentleman seated in a lawn chair. “There’s an old one!” said the man, who rubbed Norm’s ears.

Though unremarkable in appearance or features, Dogwood was the most social park. Many seemed to be regulars, and Norm made many friends, including an unneutered German shepherd whose owner, a well-muscled young man, said, “Bro, excuse me for asking, but what happened to your dog?” I explained to him about Norm’s diminishing strength in his hindquarters, a malady fairly common in the breed.

Despite his disability, I had not seen Norm cover so much territory in a couple of years. He was all over the place. He staggered up and down the sloped area. He sat down only a couple of times to rest and seemed to most enjoy the company of Shiloh, a strange little poodle-cocker spaniel mix. Though he still preferred humans over dogs, Norm had a great time at Dogwood. If you have a geriatric dog, Dogwood is perfect because you can park just a few feet away from the entrance. There are some agility features like a wooden ramp, a barrel and a hoop to pass through, but the dogs, fascinated with each other, were ignoring these human ideas of canine fun.

Tommy Schumpert Dog Park
This seemed the classiest of the parks, with enclosed areas of a few acres, one for small dogs, one for large ones, and another fenced area with a pond and fountain that’s open to dogs of all sizes. For Norm, the only drawback was the 50-yard asphalt stroll from parking spot to entrance. There was a long, steep slope down to the pond, so I kept Norm in the large-dog area, which was flat and lush with grass. Because it was Sunday morning around 10, the park was not crowded, only 10-15 dogs, but more were arriving as we left.

Downtown Dog Park
Other than a young man sitting on a bench hunched over his cell phone, Norm and I had the downtown park, on South Central Avenue, to ourselves. First thing Norm did was trot down the steep slope to greet the young man. Then he (Norm) meandered up and down the steep terrain of the small park, fascinated by the smells. For him, I guess, the scents of departed dogs was just as interesting as their presence. Around 11, a couple with a schnauzer mix arrived. They said that in the evenings the place was quite popular. Even though the location was less than scenic, with four-lane Hall of Fame Drive dominating the view from the knoll, it was a break from the city asphalt and the nearest spot to run free on dirt for city-slicker canines.

The Knoxville area has eight dog parks, and an additional one in the works in northwest Knoxville (Plumb Creek). Rules at the parks, all of them PetSafe parks, are fairly commonsensical. You should enter and leave with your dog leashed. You should watch your dog after he’s released. Don’t bring a dog that’s aggressive or unhealthy, and make sure she’s had her shots. Don’t bring a dog in heat. Clean up your pooch’s poop.

Outdoor Knoxville has a great guide to the dog parks, with directions for getting to them, at outdoorknoxville.com. 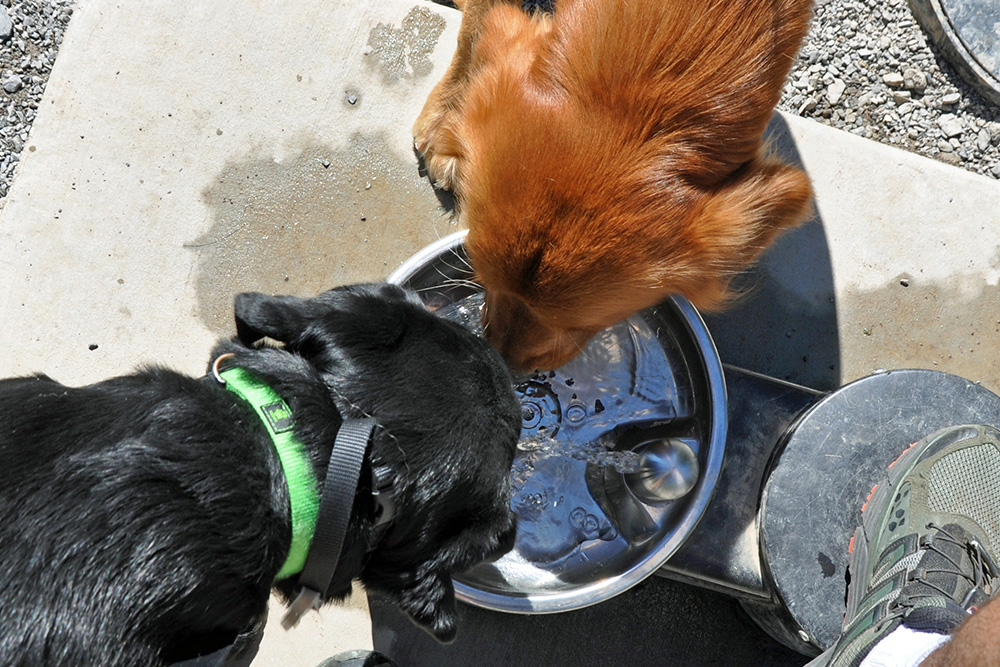