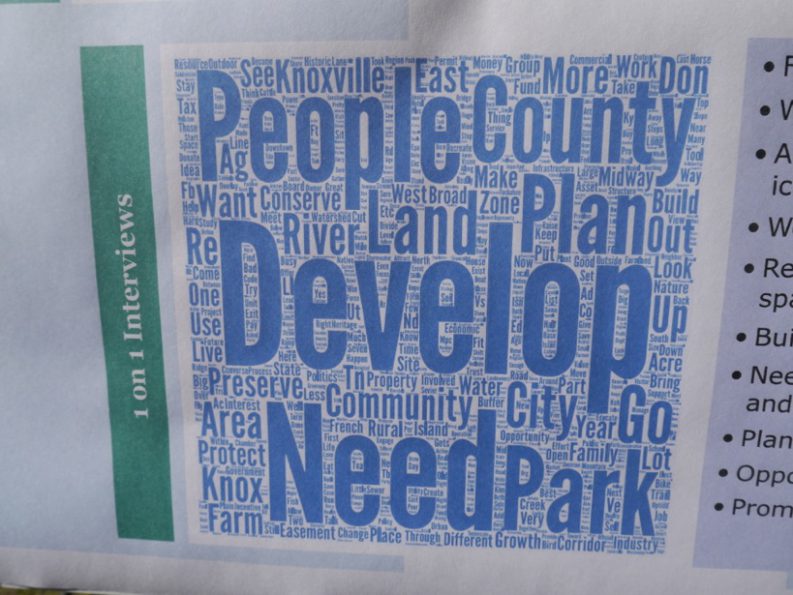 East Knox County residents want their cake, and they want to eat it, too.

Participants in the Metropolitan Planning Commission’s East Knox County Community Plan identified preservation of the area’s rural nature as a priority in the near future—as well as economic development that will provide jobs.

The MPC and others involved in development of the plan, including the East Tennessee Design Center, solicited even more public feedback Sunday afternoon for the preliminary plan at Seven Islands State Birding Park. Again, common concerns revolved around maintaining the open space of East Knox County—from roughly Thorngrove to Kodak—while encouraging economic development and job growth.

“We’re basically facilitators to help the community achieve that,” MPC director Gerald Green said. Seven Islands served as the site of the meeting because so many citizens referenced the need to protect the French Broad River corridor.

One popular option, Green said, is to identify areas appropriate for denser commercial and residential development, while using various tools to promote the preservation of open space. Those could include the use of conservation easements, transfers of development rights or an historic overlay. “All of these need the support of the community,” Green said, and when the plan is finalized in a couple of months, “ideally, some community group will pick up the ball” and pursue the plans on a public and private level. The plan would have no legal binding, but serve as a roadmap for development options. 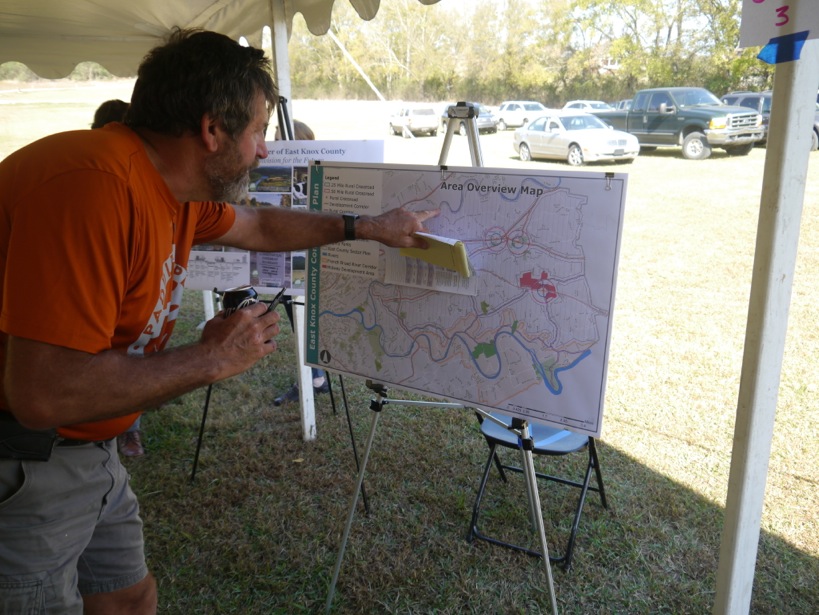 Jim Brunton points out his home on a map at a workshop held by the Metropolitan Planning Commission to solicit feedback on its East Knox County development plan.

Jim Brunton, a general contractor who lives off Rutledge Pike, perused the plans following a paddle of the French Broad River in his surf-ski. He agreed that development should be concentrated and encouraged in some areas of East Knox County, and dissuaded in others. “Keep the rural parts as rural as we can,” he said. “That’s what’s so great about this part of the county.”

He said development should occur along the interstate corridor and existing industrial parks. “We need the jobs out here, let’s face it,” he said.

But the mere mention of the long-stalled Midway Business Park—which was noted Sunday in MPC literature that read “the strategies … are not about whether the park should or should not be at this location”—makes Jerry Westover’s blood boil. 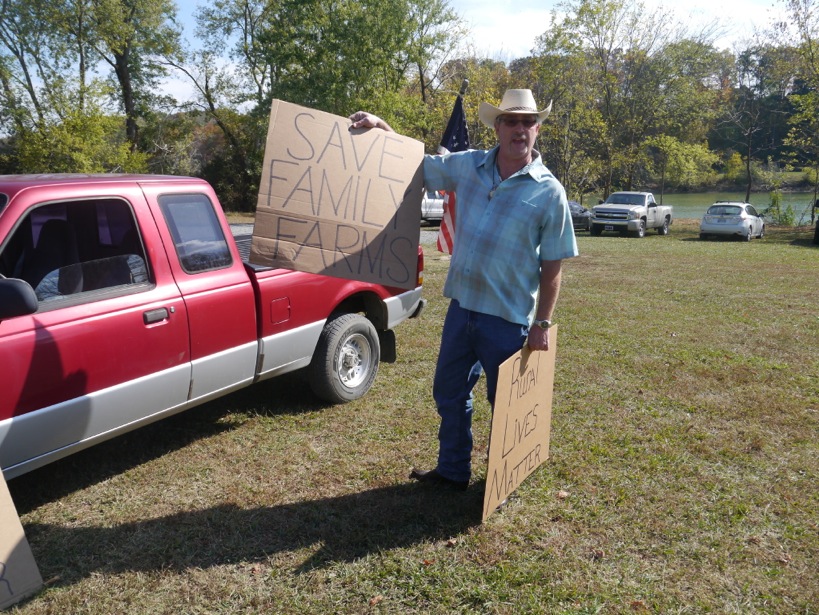 Jerry Westover is opposed to development of the Midway Business Park in East Knox County.

They said the aquifer that holds water for household or agricultural use for some 3,500 families in the area could be contaminated if any Midway-related sewer pipe should burst.

“We chose to live here because we don’t want to live in a big city,” Bonnie Westover said.

“What good does it do preserving open space if you don’t have an aquifer?” opined her husband, a long-time opponent of the Midway development. He rebuffed an effort by an MPC representative to participate in the workshop.

Kostelec Planning of Asheville, N.C. is leading the planning process.

Go to knoxmpc.org for more information.