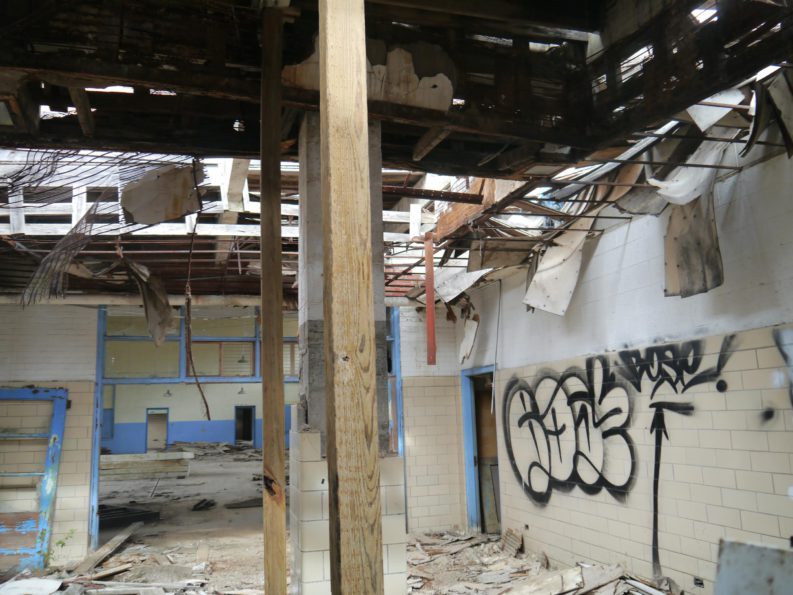 Monte Stanley pokes around the gloom and ruin of South High School, trying to locate his old locker on a chilly and damp Friday afternoon.

“I had no idea it was this bad,” he says of his alma mater, where partially collapsed roof and ceilings hang over graffiti-marred chalkboards and old classrooms and dangling light fixtures. The smell of rot and water damage is everywhere—testament to some 25 years of neglect.

He can’t find his locker, but points out the old library, and the classroom where he was taught world history by a teacher he remembers by name. 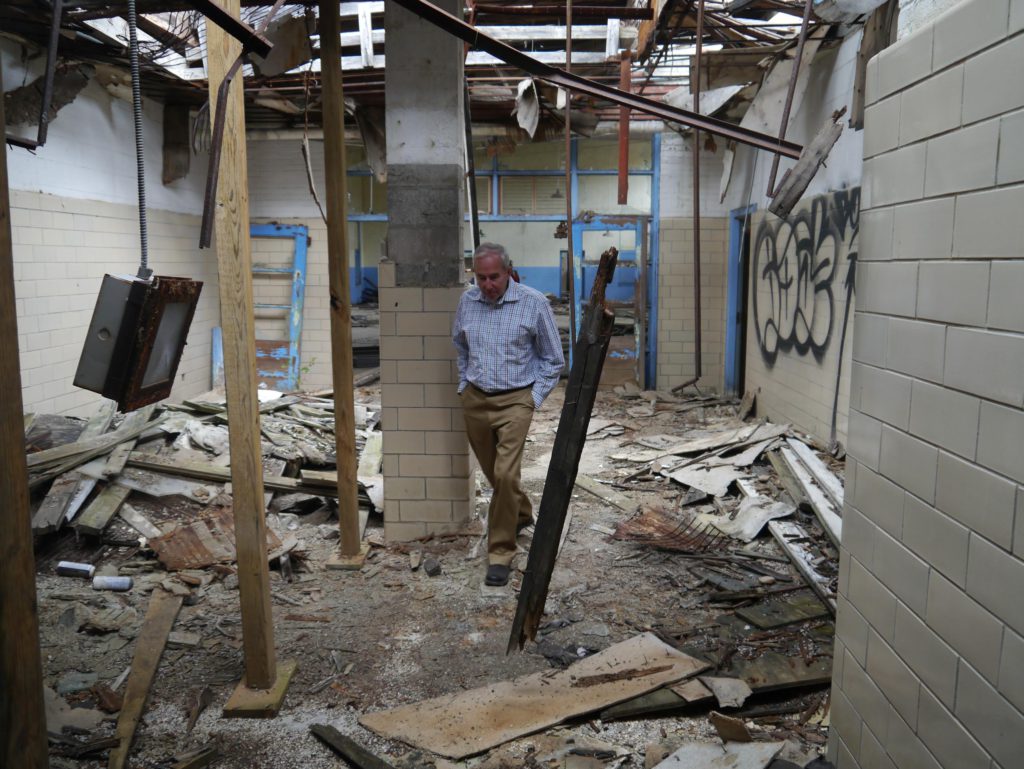 Monte Stanley walks through the ruins of South High School on Friday. He graduated from the school in 1965. The city announced the school’s sale to a private developer for conversion to an assisted-living facility.

The ruined interior of the 42,000-square-foot school is illuminated by flashlights and camera lights carried by journalists who just learned of the place’s new lease on life: City officials moments before announced the decrepit structure in a residential area on East Moody Avenue would be converted into a 60-unit assisted-living facility by a private developer.

If City Council approves transfer of the historic property — it was designed by Knoxville architect Charles Barber and opened in 1937 — for a largely symbolic $1,000 sum to developer Richard Dover at its meeting Tuesday, work to resurrect the stolid brick structure could begin by the end of the year. In an interesting historical twist, BarberMcMurry will serve as project architect.

The building sat abandoned following its closure in about 1991; it was mothballed by the county until it was auctioned in 2008, but development plans stalled. In 2011, City Council placed historical overlay zoning on the building, and in 2015 the city acquired the property with the intent of having the building renovated and reused, according to a press release from the city.

“For 25 years, it just sat here rotting away,” Knoxville Mayor Madeline Rogero said during a press conference announcing the deal with Dover, whose firm, Dover Development, plans an $8.8 million overhaul project similar to his Oakwood School project on Churchwell Avenue in North Knoxville. That former school building is now home to an assisted living facility. Dover is also renovating the old Knoxville High building for a similar use. His plans to modernize the Farragut Hotel downtown and convert it into a Hyatt property on the 500 block of Gay Street have raised some hackles because of a dispute with its current tenant, the French Market.

The city’s industrial development board approved a 25-year payment in lieu of taxes (PILOT) agreement that could save Dover $7.29 million for the Farragut project. He plans to seek a PILOT agreement for the South High project from the IDB; terms were not immediately available.

“You really cannot quantify the value to the neighborhood in terms of dollars and cents,” said city Development Director Becky Wade, citing the sense of blight and vandalism spurred by the decrepit structure, where broken windows were boarded up in a vain attempt to keep out the elements.

She later notes that the property appraised for minus-$220,000 two weeks ago.

Dover has established a niche of sorts for himself in the renovation of old or historic buildings to modern uses.

“We’re going to do an easy one someday,” he told the receptive and appreciative crowd, and vowed to begin work within two months and see the project through to its end. “We’re pretty tenacious, and once we start we won’t stop,” Dover said.

“You have to be brave to take on this,” says Stanley, standing in the ruined school. He graduated in 1965, joined the Army and was deployed to Vietnam. He returned to run the family greenhouse business, and is now co-owner of nearby Stanley’s Greenhouses. 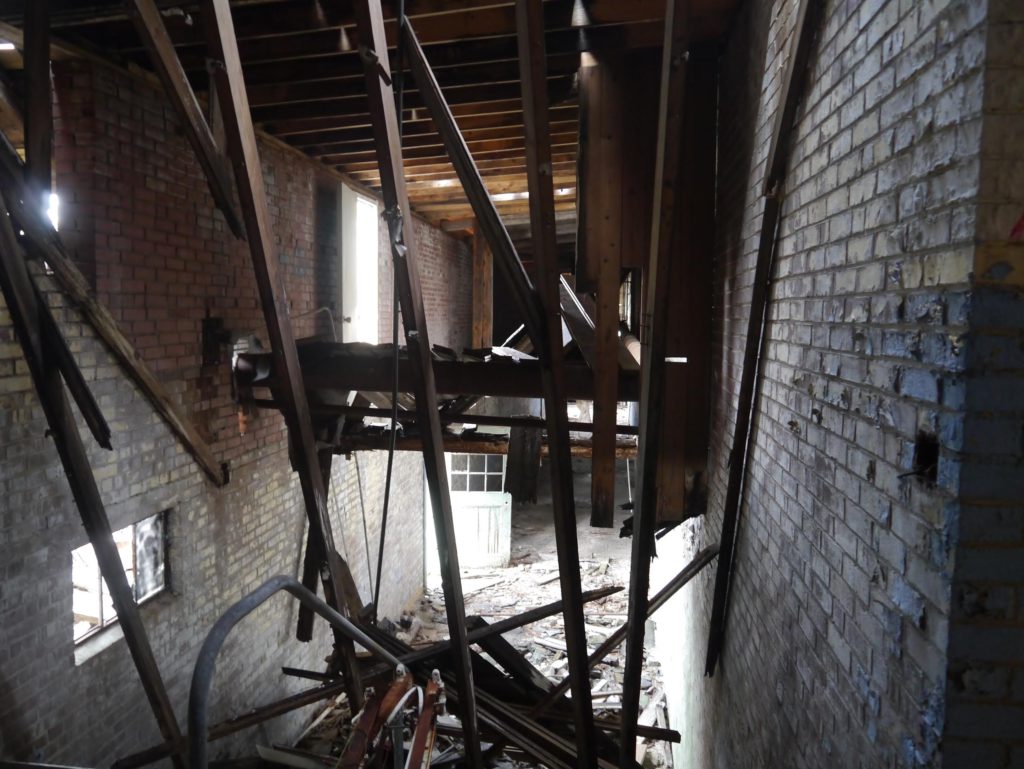