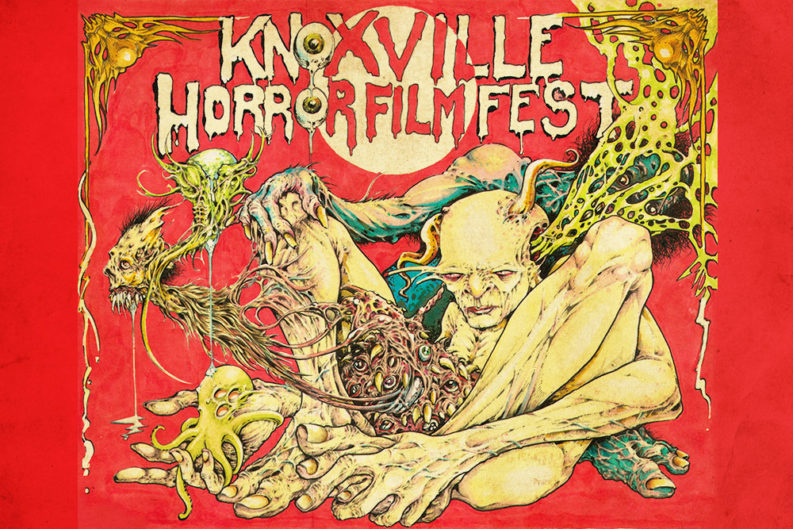 Genre fiction—science fiction, soap operas, superhero comics—often gets dismissed as puerile, childish, trashy entertainment. A guilty pleasure at best, or junk food for the brain that will turn kids into serial killers. Fredric Wertham, the crusading psychiatrist who campaigned against comic books in the 1950s, told Congress, “I think Hitler was a beginner compared to the comic-book industry.”

But genre movies can be a potent distillation of cinema. Freed from the expectation that they should uplift or edify audiences, genre filmmakers can focus on the basic formal elements of movies—light, color, composition, editing, special effects, set and costume design. Horror movies, in particular, can provide dense visual treatises on the craft of cinema, delivered in 90-minute sessions of suspense and fear. (One critic called extreme cinematic violence the “perverse sublime.”) Horror movies also reflect our collective anxieties—and has there been a better season for shared catharsis in recent memory than this one?

All of which is a fancy way to say that the Knoxville Horror Film Festival, opening on Friday, isn’t just a weekend of blood and guts and jump scares for burnouts and the maladjusted. It’s a smart, exuberant celebration of the perverse sublime, and our shared experience of it. And it’s one of the most fun things that happens in Knoxville.

Established by William Mahaffey and Nick Huinker in 2009, KHFF has grown from a one-night event to a three-day fright feast. This year’s festival runs through Sunday at Regal Downtown Cinema West 8 and Scruffy City Hall. Tickets are $15-$100.

We ran an interview with Mahaffey and Huinker last week. Here’s a rundown, in alphabetical order, of the 10 features they’ll be screening this weekend. (There’s also a full program of short films and the annual Grindhouse Grind-Out, a contest for local and regional filmmakers.)

Tim Reis’ debut feature combines the best and grossest elements of Re-Animator, Dead Alive, and Jeepers Creepers and adds echoes of recent extreme French horror and The Human Centipede. Bad Blood looks to be the Swiss Army Knife of this year’s Horror Fest—grossout effects, supernatural horror, torture, and cool monsters all in one 81-minute dose. Huinker describes it as “were-frog madness.”

“In a lot of ways, it’s the most handmade of this year’s features, but no creative expense was spared in its gooey violence,” he says. “And I think people will be pretty enthusiastic about it in the end.” (Friday)

Two estranged brothers reunite to clean out the family video-rental store after their father’s disappearance—and they find eerie clues about what happened to him in an old VHS board game hosted by Barbara Crampton, the star of Stuart Gordon’s classic ’80s Lovecraft adaptations Re-Animator and From Beyond. (Sunday)

Fury of the Demon

Okay, this gets complicated—in 1897, a movie credited to the French cinematic pioneer Georges Méliès supposedly sent viewers into violent rampages, leading to fire, injury, and six deaths. It happened again in 1939, when the film screened in New York. And again in 2012, when a mysterious collector got his hands on a copy and screened it for a small private group of critics. Now it’s lost again, and some experts speculate that the film is literally cursed—that it wan’t made by Méliès but by one of his students with an interest in the occult. This documentary (or is it?) explores the legend of the lost film. (Saturday) 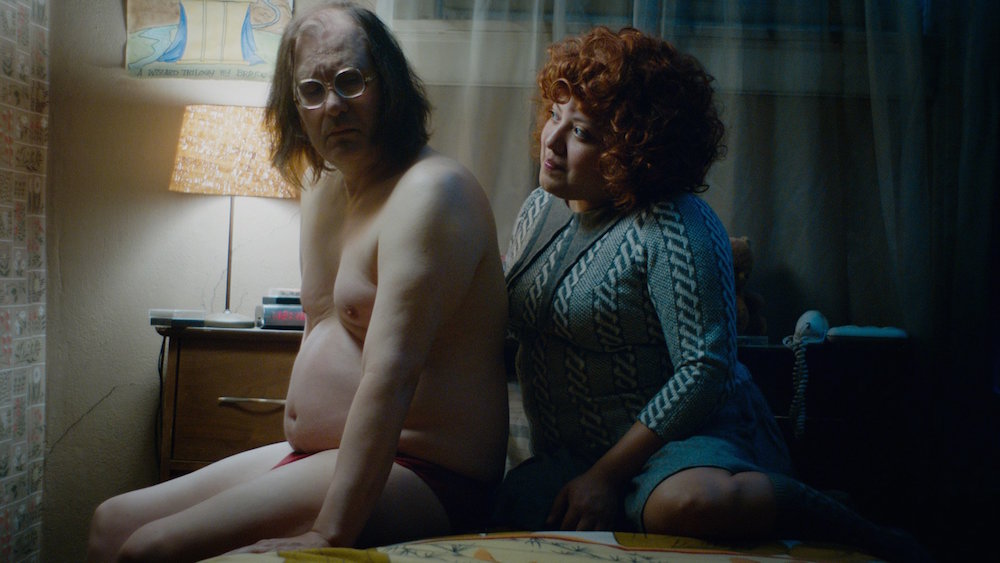 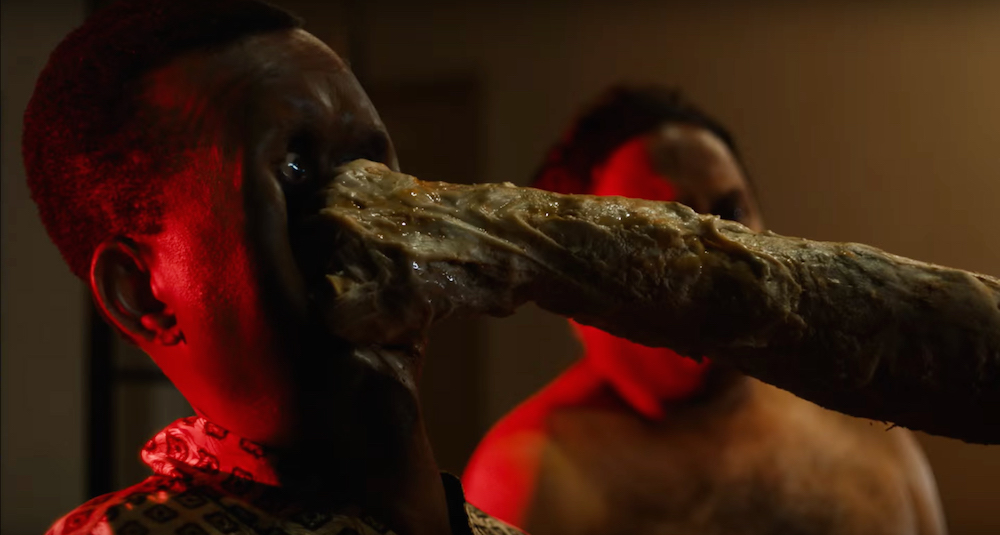 For this one—variously described as “the most WTF movie of the year,” “as close to a purely pointless film as any I’ve seen,” “impressively unpleasant,” “an exercise in juvenile scatology that’s almost awesomely pure in its numbing, repetitious determination to annoy,” and “disgusting, deviant and pleasurably weird at heart”—even the short teaser trailer is NSFW enough that a few stills will have to do. The Napoleon Dynamite of slasher/body horror movies? (Saturday)

This one’s still a bit of a mystery—but I’m speculating the worst, based on the title. Starring Johnny Galecki (Roseanne, The Big Bang Theory), Oliver Platt (!), and Anjelica Houston (!!!). (Saturday)

Don Coscarelli’s low-budget mind-bender was released in 1979, amid the slasher-flick renaissance that produced Halloween, Friday the 13th, and Prom Night. It shared something with those movies, and with popular contemporary occult thrillers like The Amytyville Horror and the Omen and Exorcist sequels and knockoffs that were piling up at theaters and drive-ins. But it was also an utterly unique entry in the late ’70s and early ’80s exploitation sweepstakes: Mike, a 13-year-old boy looking for answers about the recent death of his parents, stumbles into a supernatural conspiracy masterminded by an eerie, menacing mortician (the Tall Man, played by Angus Scrimm, one of the indelible monsters of cult Hollywood horror). He’s aided by his older brother and the local ice-cream man. Their quest leads to a haunted mausoleum and a psychedelic dimension straight out of the ’70s rock album design studio Hipgnosis; at the unhappy end, we’re all left with more questions than answers.

Critic Dave Kehr describes it as “an unpredictable mix of boy’s adventure, gothic horror and science fiction.” “What Mike really is investigating, of course, are the mysteries of sex and death, as they open up for an anxious adolescent.”

J.J. Abrams is among Phantasm’s legion of fans; his Bad Robot Productions has delivered a state-of-the-art 4K remaster with a new sound mix. It’s hard to think of any other American horror movies from the period that would benefit as much from such lavish treatment.

“Phantasm: Remastered is the revival of a classic horror film that has never quite broken into the mainstream like other similar films,” Mahaffey says. “J.J Abrams and Bad Robot have given this film new life that I think will make people take a second look at it and recognize what a unique piece of art it is. Don Coscarelli is an incredibly imaginative and original filmmaker who has a unique style that he brings to all of his films, and seeing this film so lovingly restored is breathtaking.” (Friday)
The release of the remastered version of Phantasm coincides with the fifth—and what will likely be the final—installment of the series. The principals from the original film are all back: Mike, his older brother, Jody; the ice-cream man, Reggie; and the Tall Man. (Scrimm died in January.) The phantasmagoric narrative of the first Phantasm has been jacked up, and the trailer hints at paramilitary action and mad-scientist vibes in addition to brain-melting multidimensional horror.

“Phantasm: Ravager is the grand sendoff for this beloved franchise,” Mahaffey says. “Like all of the other films, it has a bit of dream logic to it that answers some questions about the story, but adds just as many, and is filled with inventive beats of action and gore that make these films so unique. True fans are going to love this movie. It’s one of the few horror franchises that focuses on the protagonists rather than the monsters, which makes following their adventures more rewarding, in my opinion. We might love watching Freddy and Jason kill teens, but there’s no real character development and story progression. This film is the culmination of almost 40 years of storytelling, and it features the same actors portraying their characters they created so long ago.” (Saturday)

“This Christmas, the only thing under the tree is terror!” Barbara Crampton isn’t the only ’80s scream queen who gets screen time at KHFF this year; this Australian holiday home-invasion horror-comedy stars Dee Wallace, best known for her roles in The Howling, The Hills Have Eyes, Cujo, and as Eliot’s mother in E.T. the Extra-Terrestrial.
“I’m interested to see how audiences react to Red Christmas,” Huinker says. “It caught our attention by grappling with a specific social issue in a provocative and tonally unusual way.” (Saturday)

Will we finally reach the spooky conclusion of the two most influential Japanese horror franchises of all time? It seems unlikely. (Sunday)

Director Richard Bates Jr. has had good luck at KHFF—his short film “Excision” won both the judges’ and audience award for Best U.S. Film at the inaugural festival in 2009, and the creepily stylized feature-length version, from 2012, was a headliner at KHFF, as was his second feature, Suburban Gothic, in 2014. Here’s his third feature, a moody, twisted family drama/psychological thriller.
“Trash Fire is the third feature and fourth film total that we’ve screened from Bates,” Mahaffey says. “It’s the story of a man, played by Adrian Grenier, who is forced by his girlfriend to confront his dark past so that they can move on with their lives. It is very dark but also very funny, and it has an unforgettable ending. Richard is one of my favorite up and coming directors because he can mix tones perfectly, and has a really original voice.” (Friday)