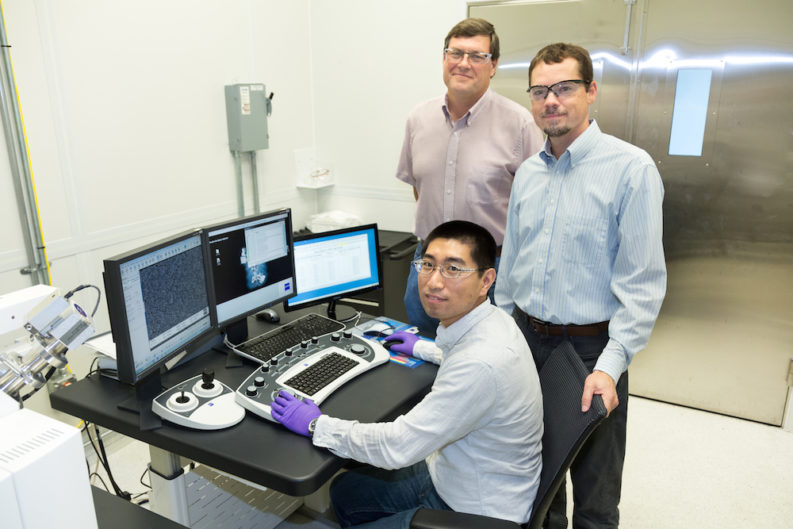 Scientists at Oak Ridge National Laboratory had a ‘Eureka!’ moment recently when they converted carbon dioxide to ethanol, a useful fuel source, using electrochemical reactions on a nanoscale.

Using a catalyst made of microscopic carbon and copper nanoparticles, researchers triggered reverse combustion (put simply) and converted the greenhouse gas to ethanol, according to a news release from ORNL.

“We’re taking carbon dioxide, a waste product of combustion, and we’re pushing that combustion reaction backwards with very high selectivity to a useful fuel,” Adam Rondinone, lead writer on the report in ChemistrySelect, says in a press release. “Ethanol was a surprise — it’s extremely difficult to go straight from carbon dioxide to ethanol with a single catalyst.”

There’s plenty of carbon dioxide available: Global levels were measured at 400 parts per million in August, up from about 391 ppm in August 2012, according to the National Oceanic and Atmospheric Administration. The gas is linked to global temperature increase and climate change.

The ORNL accomplishment has made wide social media rounds and been noted in other scientific journals and publications, including Popular Mechanics.

“We discovered somewhat by accident that this material worked,”  Rondinone says. “We were trying to study the first step of a proposed reaction when we realized that the catalyst was doing the entire reaction on its own.”

Such techniques usually generate small amounts of mixed products; in this case it generated 60 percent ethanol, according to ORNL. The technique is relatively low-cost and can operate in warm water. On a practical level, uses could include converting excess electricity into ethanol for a later use or application.

“A process like this would allow you to consume extra electricity when it’s available to make and store as ethanol,” Rondinone says. “This could help to balance a grid supplied by intermittent renewable sources.”