In South Knoxville, Alfred and Jane West Clauss' Prewar Vision for Modern Living Is Being Restored - The Knoxville Mercury 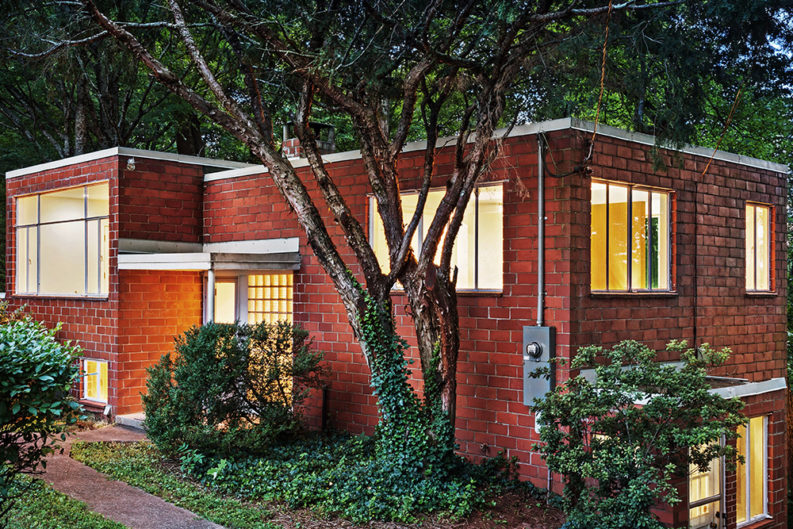 On a ridge above Ye Olde Steak House, off Chapman Highway in South Knoxville, you can travel to the past and get a glimpse of what was once the future.

Up a curving road flanked by old hardwood forest, past comparatively mundane homes, is Little Switzerland, a 20-acre deed-restricted community marked by the modernist architecture of Alfred Clauss and his wife, Jane West Clauss.

The houses—featuring straight lines, passive lighting, integration into the natural landscape, and a minimalist feel—were built by the Clausses as part of a speculative development during his employment as an architect with the Tennessee Valley Authority, beginning in 1938. It is the vision of what Alfred Clauss, a native of Munich, Germany, who had previously worked in the studio of Mies van der Rohe, thought a subdivision should look like in prewar America.

“This is very progressive work,” even by today’s standards, says architect John Sanders, whose renovation of a Clauss home, previously occupied only by the Seymour and Tanner families, earned an award from Knox Heritage last year. The project also received a juried design award from the East Tennessee chapter of the American Institute of Architects. 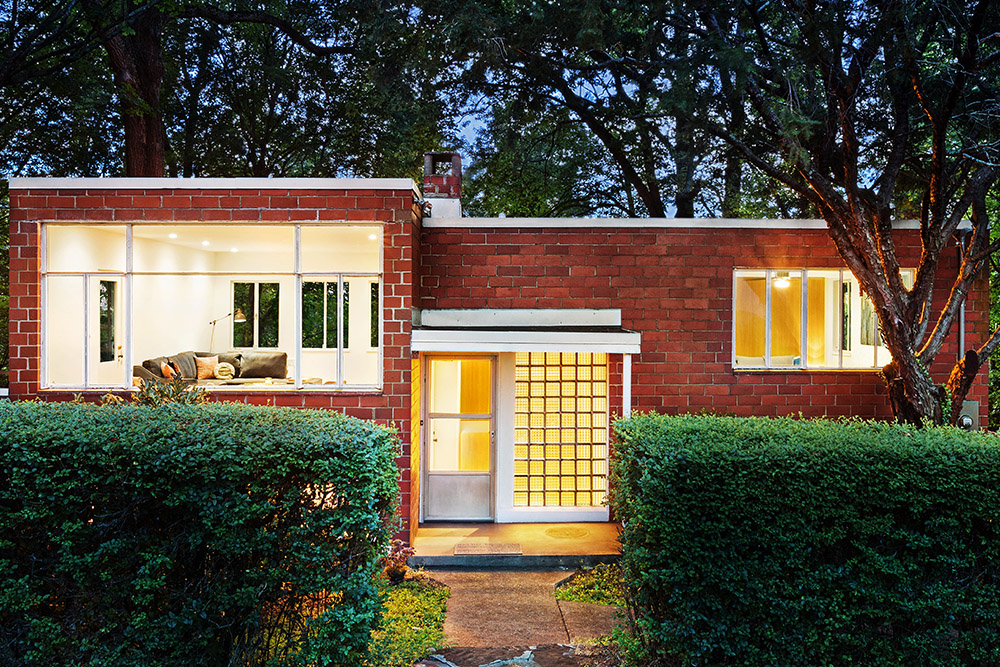 The Seymour-Tanner House is among the first International-style, split-foyer homes in the U.S., and was heralded in a 1940 News Sentinel article. The neighborhood’s covenants dictate “no dwelling shall be erected on any lot unless the design be of the so-called ‘modern architecture.’”

The house—now inhabited by Sanders, the owner of Sanders Pace Architecture, and his girlfriend, Gina Lisenby—boasts a fine view of the Smokies through a large picture window that allows for natural lighting.

Its interior is sleek and has a modern European feel. There is no crown or cornice trim; white-oak floors and wood paneling reflect the light; and everything in the home seems to have its place, often via recessed and concealed closets and shelving. These are among the first International-style, split-foyer homes in the U.S.

“All these houses embody that,” says Sanders, whose renovation work was in line with the deed restrictions and covenants still attached to the nearly 80-year-old houses and their 20 acres of property. 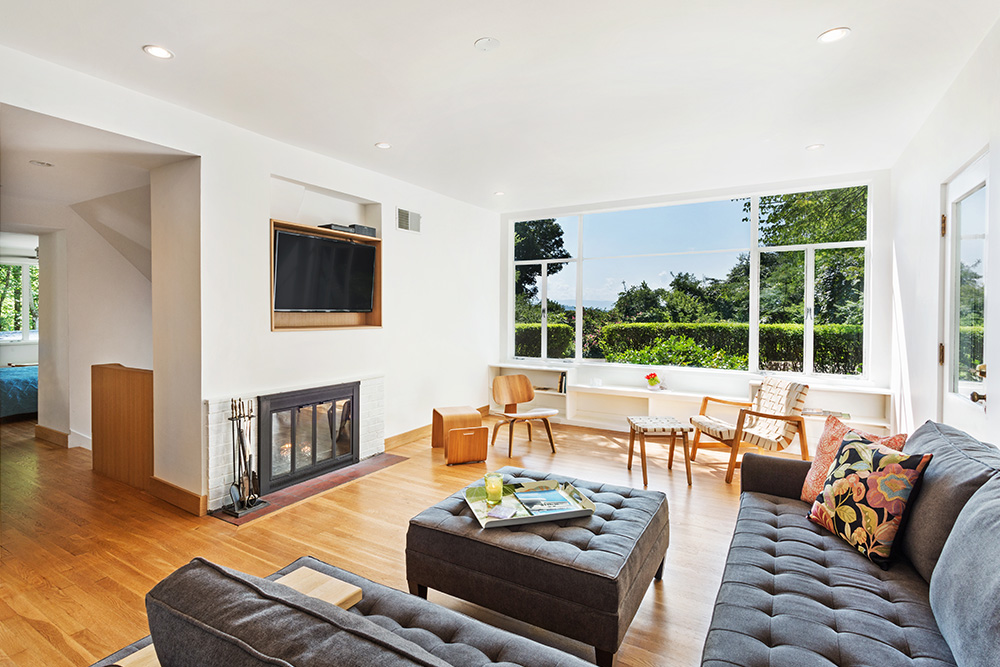 The home’s European-style interior is sleek, with no crown or cornice trim; white-oak floors and wood paneling reflect the light; and everything in the home seems to have its place. It also boasts a fine view of the Smokies through a large picture window that allows for natural lighting.

The covenants dictate “no dwelling shall be erected on any lot unless the design be of the so-called ‘modern architecture,’ as distinguished from and contrasted with the so-called ‘traditional architecture’ as exemplified by an English, Georgian, Grecian, and other types.”

Clauss feels like a “ghost to me,” Sanders says, and he believes his interior renovations were in keeping with the modernist philosophy of the architect. Clauss anticipated technological advances that would necessitate interior changes, Sanders says as a Roomba robot vacuum kicks on in a nearby room.

Sanders describes the designs of Clauss as “the antithesis of colonial architecture.” He is still trying to extract the visions of the German architect and his wife, who designed two other modernist homes in the area, in West Hills and Holston Hills, before moving to Philadelphia.

“I’m trying to get the stories out of them before the stories go away,” he says. Sanders has acquired six lots and two houses out of the seven lots and five homes that are part of the Little Switzerland development. 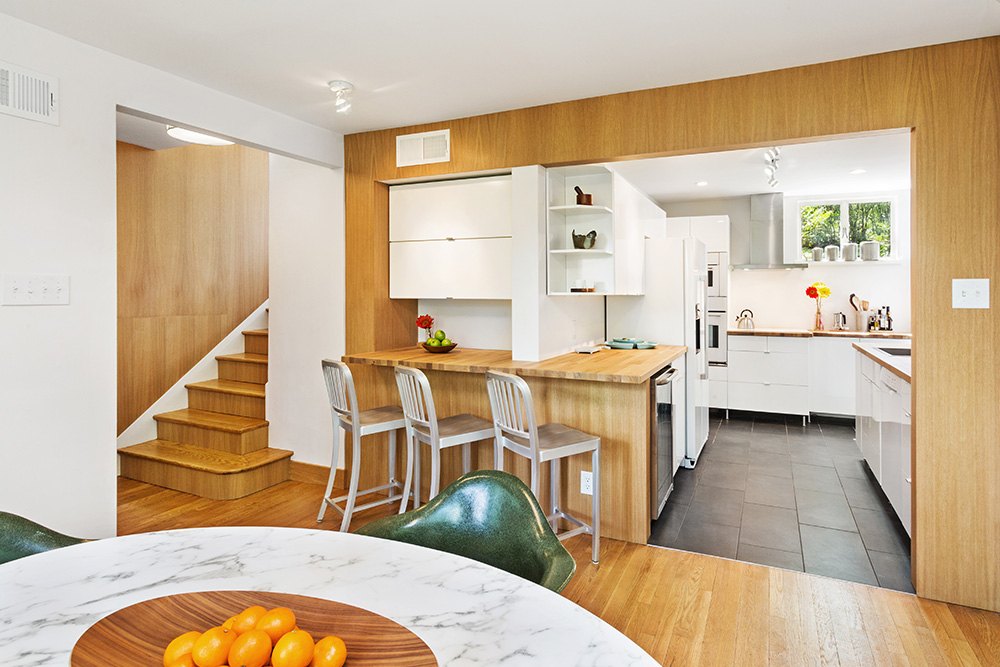 The 1,600-square-foot home was marketed as a four-bedroom house, but it is now a two-bedroom dwelling. The sleek, subtle functionality remains apparent as one descends the stairs into the kitchen. It is like dropping into another main level, spartan and efficient.

“Not only am I carrying the tradition of the original architecture, but also the people who lived here prior,” he says of Nancy and James Tanner, the ornithologists who lived here for decades before their deaths. The large poplar and walnuts that shade the house and provide habitat were left alone, and, in keeping with Clausses, the connection to the outdoor space is celebrated beyond the thick terra-cotta block walls. The house is still fronted by an ancient, perhaps original hedgerow.

Sanders bought the house on Dec. 31, 2013, and it “more or less became a full renovation,” he says, though he only made two floor-plan modifications. He had to discern which features of the house had been modified and what was original work. The children of the Tanners and photos provided by neighbors helped him decipher that.

The AIA deemed the project a “sensitive and careful upgrade to an important building—a pragmatic and low-tech approach on the exterior, and restraint in detail and materiality on the inside pay off in a convincing way as they balance the need for restoration and modern living needs. Staircase and bathroom treatment deserve special mention. Very glad this house was cared for in this way, it’s good for another 50 years. Thank you.”

The 1,600-square-foot home was marketed as a four-bedroom house, but it is now a two-bedroom dwelling. The sleek, subtle functionality remains apparent as one descends the stairs into the kitchen. It is like dropping into another main level, spartan and efficient. 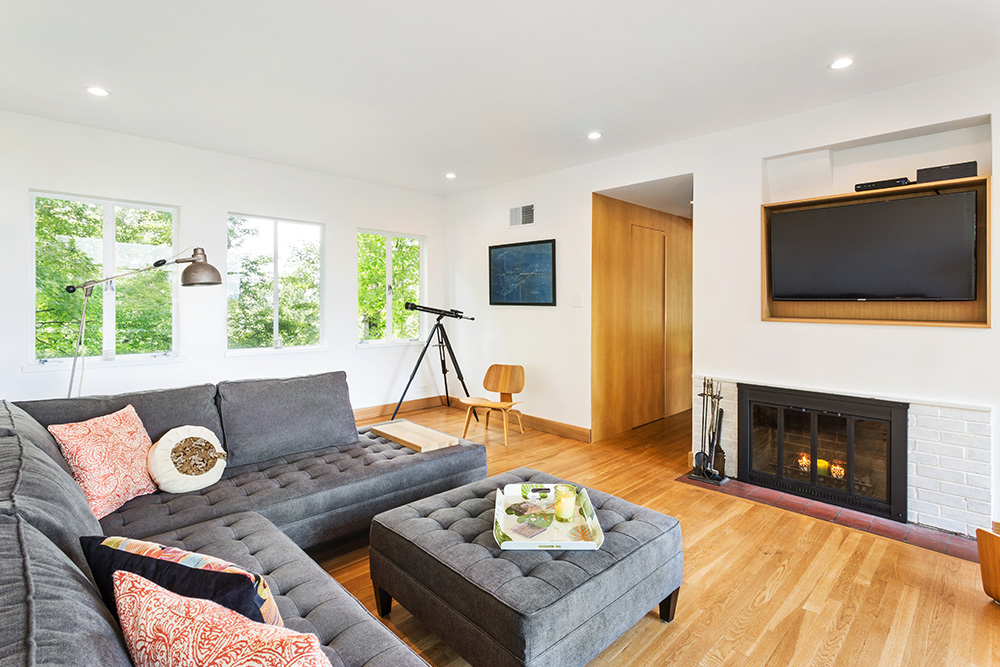 Sanders, a 1997 graduate of the University of Tennessee architecture school, now has his sights set on renovating and restoring another Clauss-designed home—the Clausses’ second home across the street.

Some of the original homes have strayed from the vision of Clauss, and Sanders knows he has a challenge ahead in his next project on the ridge. The redwood home he acquired is but a shell of the sleek modernist style of his house, and will require—among other things—a more in-depth window restoration.

He demonstrates the slide mechanism on one of the original windows, which, again, feature fantastic views of the Smokies and the foothills. A screw falls out of the window frame, suggesting the challenges ahead, but he remains undaunted.

“There are some things that need to be celebrated,” Sanders says. He believes the ghost would approve. 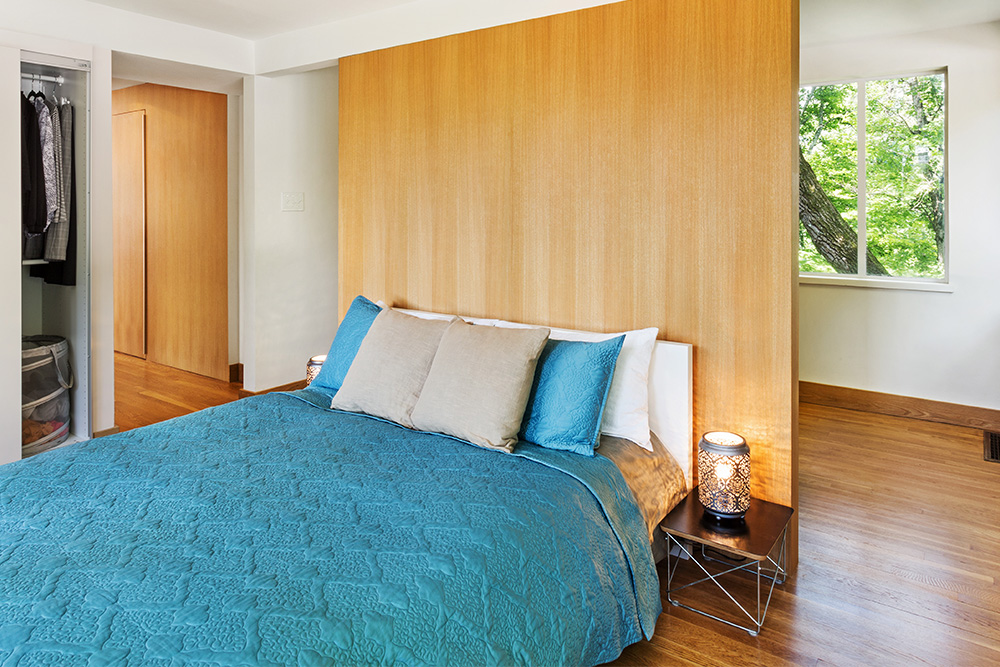