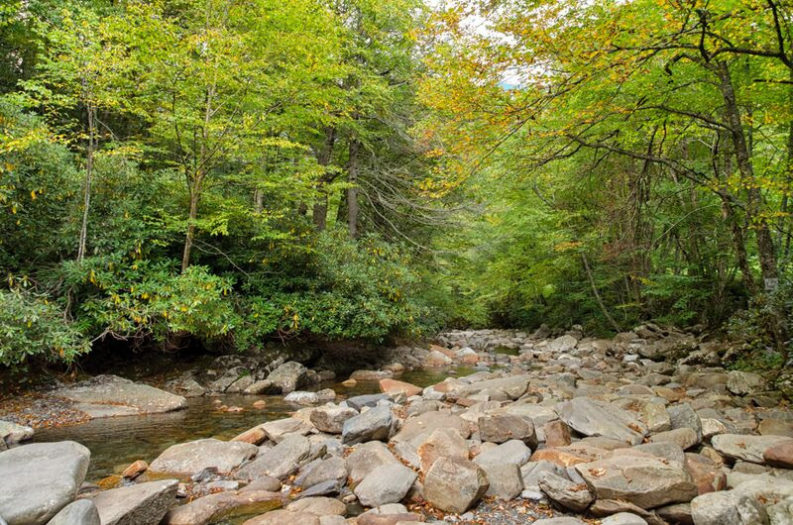 Intense and prolonged summer heat and drought may drain the color from East Tennessee ridge faces this fall. It was the second hottest summer in Knoxville, and all of East Tennessee is suffering drought conditions ranging from moderately dry to extreme and exceptional, according to federal weather records.

Tourists flock to Great Smoky Mountains National Park each autumn for its range of fall foliage displays, and they spend almost $1 billion per year in adjoining communities in both Tennessee and North Carolina. But this year’s display—the familiar golds and oranges and reds among multiple species that cover huge coves and valleys and rise toward mountaintops now through November—will be muted by drought and heat, offering diminished windshield views during one of the park’s busiest seasons.

And climate scientists—who point out that temperature changes are easier to model and plot than precipitation outlooks—say this could be the new norm in forests already stressed by disease and pests.

Park spokeswoman Jamie Sanders says that while weather conditions can affect the vibrancy of the display, she notes that there is already a range of colors apparent, especially at the higher elevations.

But the Smokies recorded its hottest summer since 1991, and if this trend continues, trees will likely start to shed their leaves and shut down early for winter. Nightly low temperatures are a key driver, along with day length, in determining when leaves begin to change color — known as senescence — and through the beginning of this month, minimum temperatures were well above average for the year in the national park. The mountains of East Tennessee are technically temperate rainforests, but rainfall rates are trending low this year at Smokies monitoring stations. Rainfall was down 30 percent through the year at Sugarlands; it was down by a quarter at Mt. LeConte, which experienced its highest average September temperature since 1988, according to park records.

Western Carolina University associate professor of biology Beverly Collins expects spotty, muted color, with some trees going straight from green to brown. The long-term cumulative effects of longer, hotter and drier summers could prompt a gradual yet permanent shift to later, duller foliage displays. Temperatures are a “primary force,” in prompting trees to stop producing chlorophyll, Collins says, leading to the brilliant hues that draw millions to national parks and natural forests each autumn. “The temperature trend is warming, but precipitation trends are a lot less predictable.” 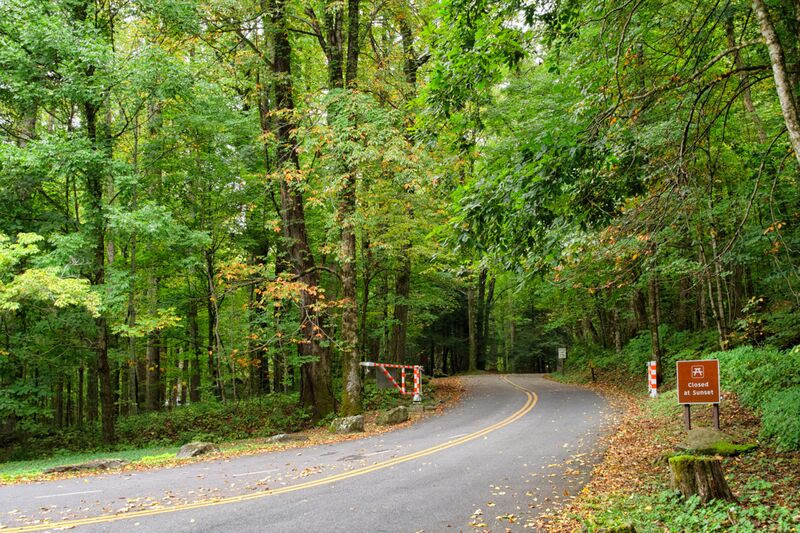 Entrance to the Chimneys picnic area.

It’s impossible to extrapolate and link one year of local weather data to future climate changes, but “it’s definitely getting hotter,” he says. “We’ve already started seeing that.” Regardless of precipitation trends or other weather-drivers, he says most scientists agree a gradual temperature increase of some 3-4 degrees is expected this century. Precipitation is harder to model: Some studies, he says, show increasing rainfall rates in the Southeast.

And extreme weather events will occur more often, he says. If an area hits 100 degrees six times per year, in 20 years it may hit that high temperature 10-15 times. On the other end of variability, trees coaxed into early blooming can be slammed by a late freeze, as happened during the 2007 Easter freeze in East Tennessee. That happened during an extreme long-term drought.

Trees sometimes take a while to exhibit stress and die, so the effects of heat and prolonged summers are not always immediately apparent. “Trees can be pushed over the edge, but sometimes take three to four years to die,” or much longer in some cases, Warren says.

He and other ORNL researchers are in the early phases of a stress test, of sorts, for East Tennessee tree species. Hardwoods and pines will be subject to temperature extremes to determine, for example: “How hot can leaves be before they drop off?”

Greater changes are portended for the forests of the Southern Appalachians rather than delayed fall foliage displays for cash-laden leaf-peeping tourists. Warren expects more sensitive, niche species, such as those of the cove hardwoods of the Smokies, will be reduced in range over the years. Some trees are more drought-resistant than others. 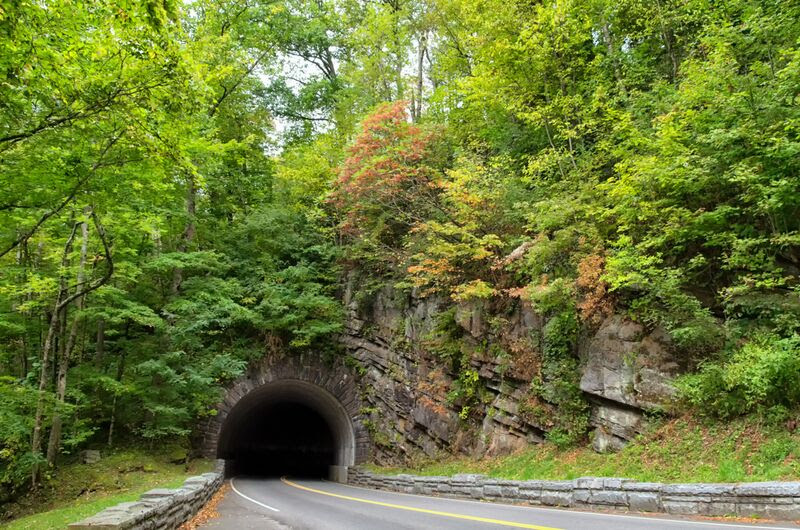 Climate change aside, forests have to contend with other threats in the midst of their present stresses. “Almost every tree in our forest has some sort of pest or diseases,” says Collins, the WCU professor, and the more forests are affected by drought or heat, the more susceptible they are to these other ills.

The hemlock woolly adelgid has laid waste to hemlock stands throughout the Smokies, and beyond. The loss of the hemlocks is already changing the makeup of forests, with rhododendron and other acidic-loving plants and trees establishing themselves where hemlocks once stood. The emerald ash borer is spreading on both sides of the Smokies, prompting the park to ban certain firewood from the park to prevent the bug’s further introduction to the park.

As for the specific future of our forests, and their spiritual, economic and resource values, “we don’t have a lot of answers,” Collins says.

It will take generations for forests to adapt to the new climate paradigm. The leaves are still changing, and are peaking at the higher elevations. Leaf color, though imperfect this year, should progress down mountainsides as the nights finally cool.

You just have to look a little harder for the natural splendor, at least this year, and maybe in the future.