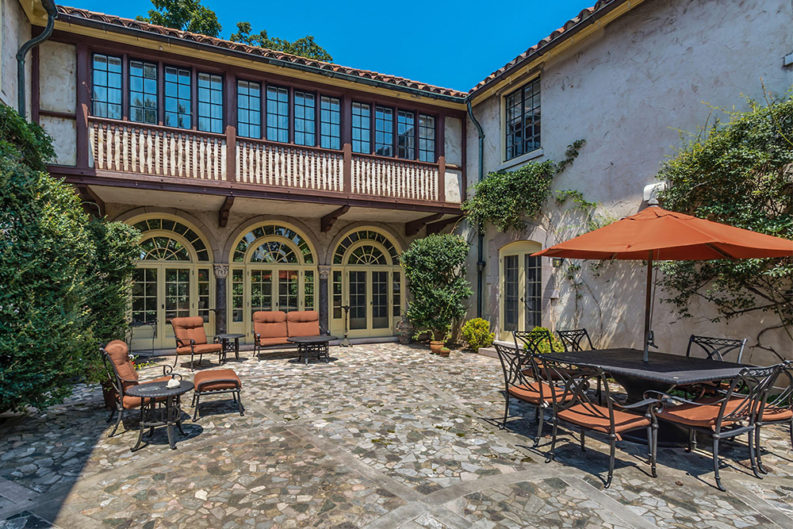 Charles Barber was used to lavish requests. By the mid-1920s, the founding partner of Barber and McMurry had designed several over-the-top residences for Knoxville’s industrial barons. Craiglen (1043 Craigland Court) was something completely different. Candoro Marble Company owner John Craig wanted more than a mansion from Barber. He wanted a whole Italian villa, tucked away into the forests of what is now suburban Westland Drive.

Nothing like it in Knoxville had been built before, and it would be practically impossible to recreate today. The 5,373-square-foot home features two wings extended around a central courtyard in the front, with terraces overlooking formal grounds in the back. Exterior stucco covers walls of 14-inch concrete, all of it sitting under a red clay tile roof. Inside, Barber and Craig modeled the interior layout and details after Italy’s 14th-century Palazzo Davanzati, today a major tourist attraction in Florence. 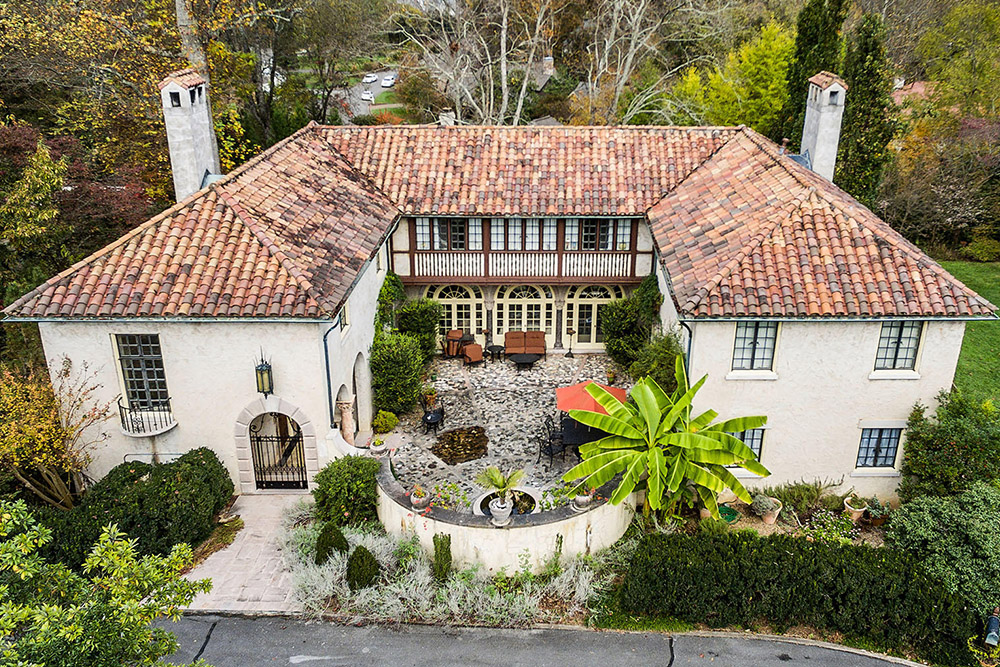 The Italian connection sounds like a reach for the wilds of West Knoxville, but there was logic behind it. Barber had built the showroom for Craig’s Candoro Marble, in South Knoxville, where he spotlighted the famous East Tennessee pink marble that Craig’s firm quarried and cut, plus all of the incredible Italian, Greek, and other marbles that the firm imported. The home would be just as much of a showcase. From the courtyard entrance to the graciously appointed interior and beyond, Craiglen features more than 40 different kinds of marble.

Throughout the home are touches that show master artisans at work. Inside the living room, masons constructed a fireplace with a stone hearth that features the crest of the Davizzi family, the owners of the medieval palace. Custom walnut bookshelves and cabinetry nestle under what look like beams of weathered wood but are actually painted concrete. The beams were hand-painted by Hugh Tyler, an artist who worked often for Barber and is now maybe more famously known as the uncle of author James Agee. Tyler is also responsible for a celestial mural above the dramatic two-story entry. 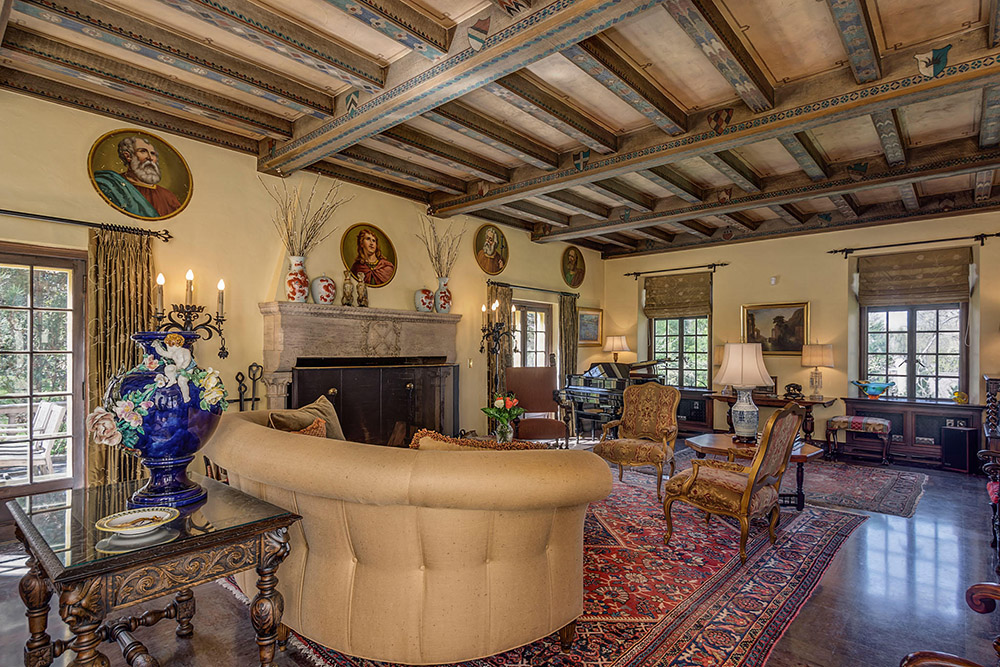 On the main level of the house, the living room connects to the walnut-veneered dining room through a vaulted loggia with Palladian doors that open to the southern courtyard and the north-facing terrace. Light pours through this happy space. The downstairs also features the kitchen, where the original wooden cabinets flank state-of-the-art appliances (recent additions to the home). There is also a breakfast nook and an ample butler’s pantry; the current owner has a kitchen herb garden tucked off the mudroom and kitchen entrance.

The home’s five bedrooms are on the second level (some converted to use as reading rooms or dens). Many feature fireplaces, and almost all of them have deep and/or walk-in closets, unusual even in Barber homes at the time. The attendant bathrooms are like mini-marble showrooms, particularly the master bath, where dramatic sheets of white-and-black stone have been perfectly matched, vein to vein. The bed and baths ring a sunny gallery that overlooks the courtyard. The home also features a large basement, with access to the lower lawn. On the spacious property, the owners have also built a detached three-car garage. 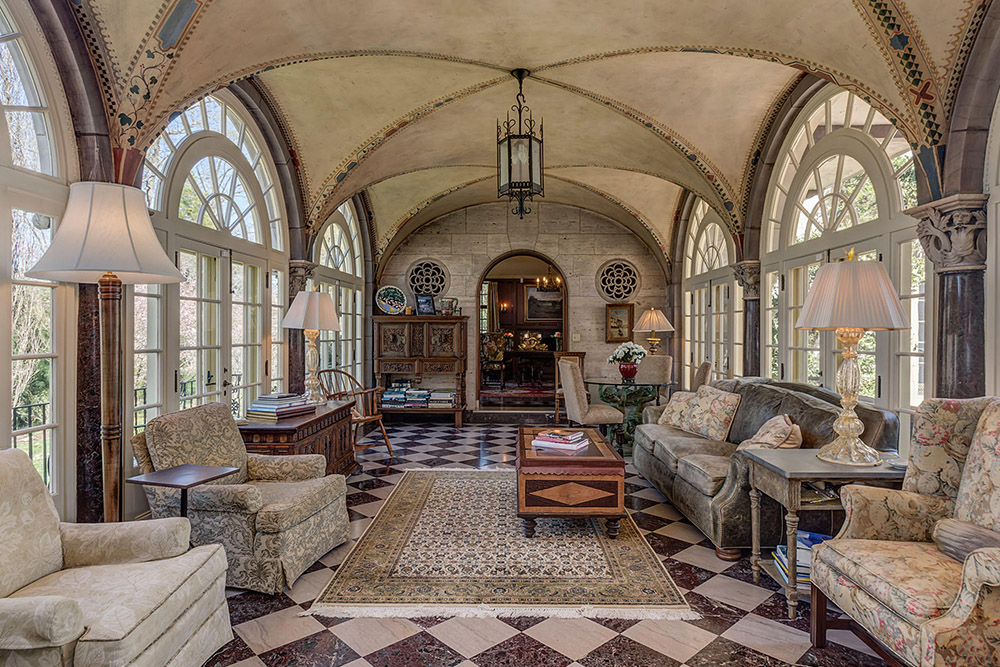 Barber commissioned famed landscape architect Charles Lester to design the formal Italian gardens, and the current owners commissioned their own update and restoration when they bought the home in the 1990s. The current owners are only the third. Between them and the Craig family was the developer who bought the home in the early 1970s to tear it down and build a subdivision. Instead, he divided much of the land around him into lots but kept Craiglen for his family for almost another 20 years.

Walking through the palatial home, enjoying its two-acre grounds, you would never question anyone for falling under its spell. 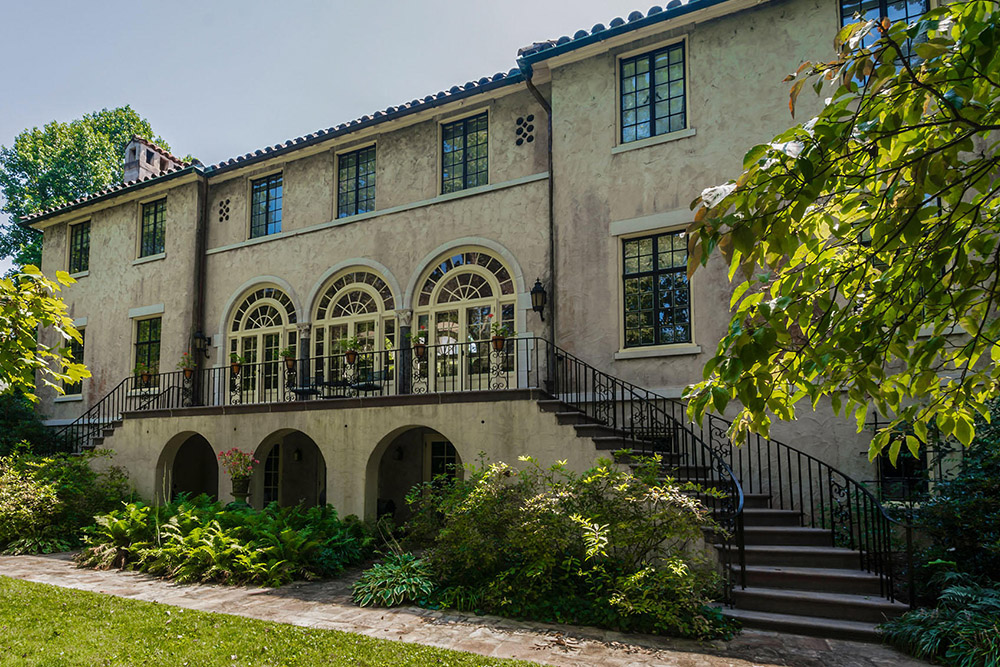