Wacker Chemie's $2.5 Billion Investment in Bradley County Is Paying Off - The Knoxville Mercury 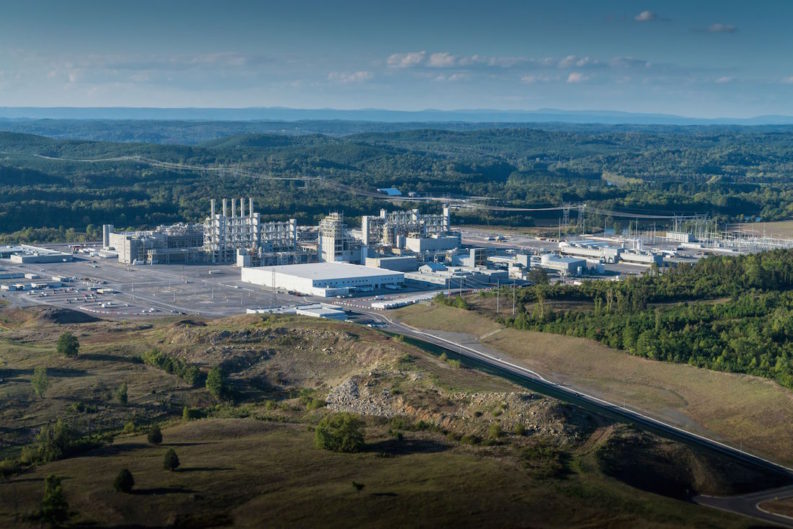 We can’t afford a cleaner environment. Changing the way we obtain and use energy will cripple our economy. Or so we’ve been told by those who would benefit from the status quo. But just to our south is compelling evidence that changes to our energy mix can have both environmental and economic benefits. Wacker Chemie in Bradley County is creating jobs and manufacturing a critical component of our solar future.

Wacker (pronounced vah-kur) is a century-old, family-owned German company that specializes in plastics and silicon products. Its Bradley County plant is the company’s largest single investment at $2.5 billion, and it’s Wacker’s first polysilicon plant of its kind outside of Europe. The product, which is an essential raw material in photovoltaic solar panels, is “hyper-pure” 99.99999999999 percent polysilicon. That hyper-purity translates to highly efficient capture of solar radiation.

The manufacturing process is the same as at the company’s plants in Germany. Silicon metal undergoes a chemical reaction with hydrogen chloride to form trichlorosilane, which is subsequently purified in tall distillation columns before the hyperpure polysilicon is deposited on rods in the deposition reactors. The product is crushed and packed to ship to solar and semiconductor-wafer manufacturers.

The company is proud of its environmental compliance record. Closing material loops and recycling byproducts back into production to reduce waste is a way of business for Wacker. As big manufacturing goes, the modern Wacker facility is a pretty good neighbor, nothing like the loud, smoky, smelly industries of the past. It is even a startlingly beautiful site at night, like a giant LED-lit crystal visible from Interstate 75 near Exit 33.

Wacker’s American presence began just over five years ago when construction began on a 550-acre parcel of farmland in the small town of Charleston, Tenn. More than 3,500 workers from over 140 contractors were on the building site at the peak of construction. There was the “year of dirt” when some 237,500 flatbed trailer loads moved 2.9 million cubic meters of soil, followed by the “year of concrete” when 111,000 cubic meters of concrete was poured. About 40,000 metric tons of steel and 100,000 instruments and valves went into creating the more than 30 buildings that currently inhabit the site. The plant began production this past April with 650 workers.

When you consider spin-offs like new housing and all the other ways these workers spend money, that’s a lot of new wealth circulating through the local and regional economy. And Wacker’s tax contributions will potentially benefit the entire community. The company paid almost $2 million into local coffers this year, and that amount will increase as the plant comes into full production.

There’s plenty of room for expansion at the Charleston site to meet the rapidly growing global demand for solar panels. And Wacker is already busy building the workforce needed for that expansion. Wacker Institute is a tailored educational institution in partnership with Chattanooga State Community College. The company, the state of Tennessee, and local government invested $13 million in a new building on the college campus, where more than 200 students have been trained as chemical technicians or electrical and instrumentation workers. More than half of them have already been hired by Wacker. In 2013 the Wacker Institute received the Bellwether Award for the best worker training program in the United States.

It’s a sad fact that every technological change creates winners and losers. Economies that grew up around the petroleum industry are now suffering the consequences of dependence on that non-renewable resource. As demand wanes and prices drop, production and employment drop. Many people are having to change the way they make a living or even where or how they live. On the winning side are the renewable energy industries like wind and solar. Newly installed photovoltaic capacity increased by 20 percent globally in 2015, and a comparable rate of increase is expected for this year, according to Wacker. That’s a win for any community that can attract a company like Wacker that is at the core of the growing solar power industry. And it’s a big win. Wacker is the single largest private-sector investment in Tennessee’s history. Gary Farlow, of the Cleveland/Bradley County Chamber of Commerce, suggests Wacker might even be “the seed for a solar energy cluster” of companies feeding goods and services into solar power production.

Interestingly and somewhat ironically, Wacker’s decision to build in Charleston was based in part on the proximity of the site to nuclear and coal-fired TVA power plants. It turns out that it takes a lot of energy to make hyper-pure polysilicon, and having both Watts Bar and Sequoyah to draw electricity from gives the Wacker plant enough juice and the redundancy needed to keep the reactors running around the clock. But the net energy savings is well worth the investment, because about one year of solar panel use recovers the energy consumed to make the panel, which then has another 24+ years of life expectancy.

So making the shift to renewable energy sources, like solar, is not only good for the environment and good for our energy supply, it’s also good for our economy. These new jobs are challenging, well-paid jobs. For many, it will be a career. For some, it may become a family tradition. As company head Peter-Alexander Wacker said at the opening ceremony, “We think in terms of generations. In other words, we have come to Tennessee to stay.”