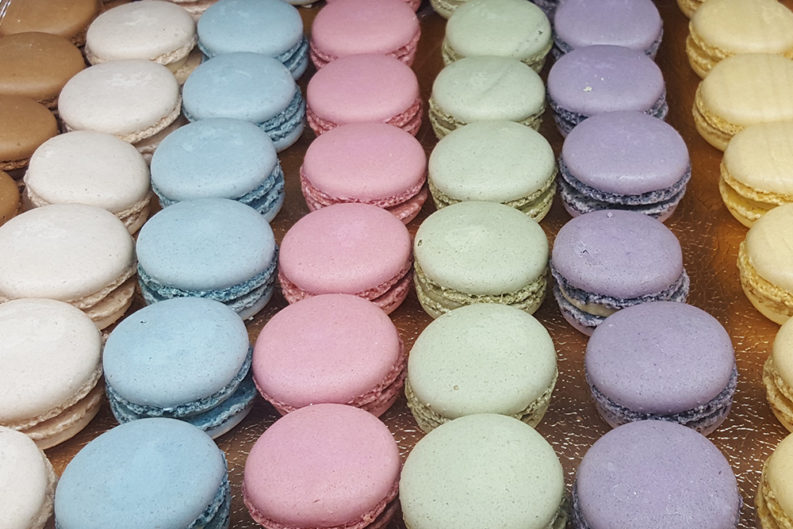 Despite what you might expect, this is not the tale of two sugary bakeries. It’s true that both Honeybee and Sugar Mama’s have names of a dulcet nature, but where one is decidedly sweet the other is making its name a little more savory.

The Galstyans moved to the U.S. a little over 16 years ago and made their way from Los Angeles to Knoxville in 2007. From the get-go, Armine says, “We always talked about how Knoxville is missing out on bakeries where you can just walk in and get your favorite pastries.” Honey Bee is their answer.

“We have a piece of everything here,” Armine says. “You have a little bit of Italian, French, Armenian—we have traditional Armenian cookies, called nazook or gata, some with Nutella, some with just sugar and butter, some with jam, but not too sweet. But that’s the idea, to bring culturally different pastries to Knoxville.“

The pastry case is really a wonder to behold—it’s full of delicious-looking pastries of such uniformity that it’s tempting to think that they’ve been made elsewhere. But every item sold here is painstakingly crafted in-house. That’s pretty easy to say, but harder to imagine when you’re looking at the case itself. The shelves are weighed down with Napoleons, cream puffs, meringues the size of a cat’s head, and enticing cinnamon-apple roses, alongside row after row of different slices of delicate looking, multi-layered rectangles of cream-stuffed cakes.

Among these is the Bird’s Milk Cake. It’s an alluring concoction of Russian or Ukrainian or, perhaps, Polish origin that alternates thin layers of honey cake with a creamy, pleasantly but not-too-sweet mousse, all covered with chocolate ganache. The name doesn’t refer to a secret ingredient but to the idea that it’s a rare and wondrous treat, which, I suppose, the idea of a glass of bird’s milk must be to someone else. The pastry, tender and inviting, had a fascinating, nearly decadent texture from the varied softness of the layers.

But what really catches the eye in the pastry case are the many-hued rounds of French sandwich cookies, macarons. You can find these around town in a few places, but so far you’ll get homemade macarons only at Honeybee. The cookies are made from almond flour and come in sundry flavors, including pistachio, crème brûleé, strawberry, and more. These have a slight bite to the exterior that yields to a very agreeable and chewy inside.

“It’s hard to make them. It’s time consuming. It’s not only about the recipe but also about the technique,” Armine says. “You’ve got to know when to shake them, when to—well, there’s a lot involved with making them. It’s hard work, but it pays off.”

Honeybee does offer a handful of savories, including an Armenian specialty called lahmajun. Armine smiles when she admits that it’s a dish claimed by many nations. “Armenians say it’s Armenian, Arabic people say it’s Arabic, Turks say it’s Turkish,” she says. “It’s made with lamb and vegetables. It’s like a pizza—thin crust pita bread on top with seasoned lamb and vegetables. Like everything else we sell here, the pita is made in-house. We only make it on Saturdays at this time.” 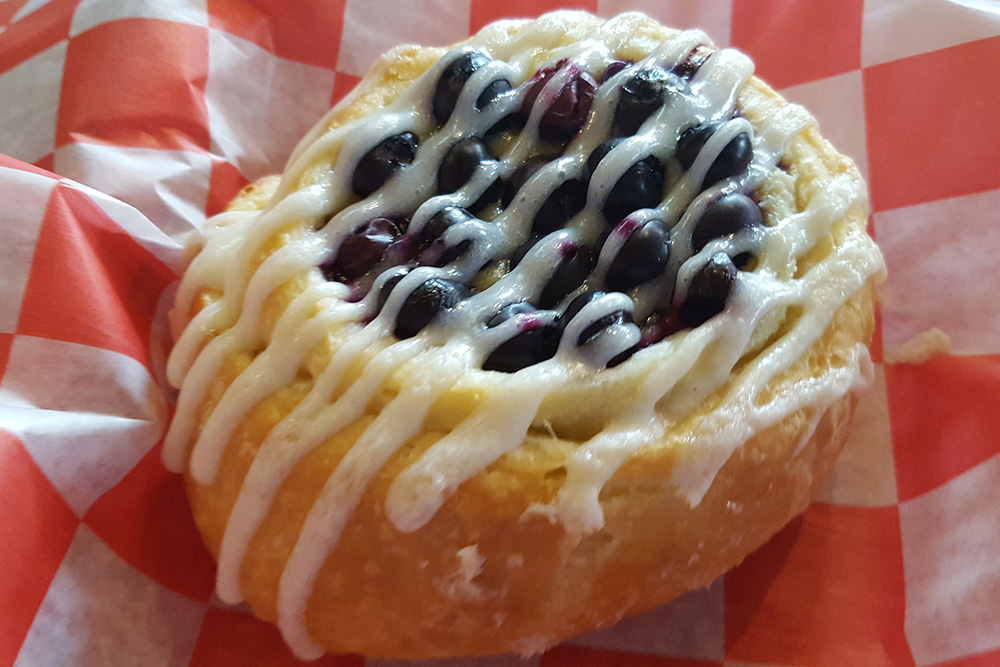 Like Honey Bee, Sugar Mama’s has a sugary foundation built from a history of cookies of many stripes, fudge creams (a sinful combo of brownie and buttercream), Danish pastries, and an intriguing and delicious curried shortbread offered from a cart on Market Square. This year, however, Sugar Mama’s took a savory turn when they landed at 135 S. Gay St.

Owned and operated by Mike and Hannah McConnell, the small space that’s been the home of many ground-breaking culinary adventures—including Nama, Shuck, and Holly’s 135—has taken on an eclectic vibe both in its décor and its menu. Despite the sugarcoated past, Mike says that he and Hannah didn’t imagine Sugar Mama’s only as a bakery: “We had the basic concept and we were transitioning from just a bakery into more of a diner style, but we always had the combination of a craft beer bar and a bakery [in mind] and we knew that that might evolve into something bigger to meet consumer demand.”

The evolution has been successful. Once you enter the space, it’s clear that this isn’t Candyland. It’s a comforting space—clearly untouched by “professional” design and all the better for it. Hannah and Mike have a created a space that feels homey, a little funky in a kind of comfy pub-meets-diner fusion. And there is a pub element: Sugar Mama’s loves local brew.

The taps here are inhabited only by local breweries. Mike’s proud of that fact: “I think we’re the only craft beer bar that is all local breweries on draft. We have seven locals offered on tap now, so it’s like a little brew tour of Knoxville.”

That’s not to say that Sugar Mama’s has lost its sweet tooth—quite the contrary; if you’re looking for good Danish in downtown Knoxville, this is the place to come for exceptional pastry. I yielded to the temptation of a blueberry Danish that rivals anything I’ve had in my unfortunate and multi-national pursuit of a pastry addiction. It’s moderately sweet and flavorful, toothsome and tender, and attractive to boot.

Cookies are also popular here. Mike claims that “As far as sweets go, cookies are our big thing. But I don’t consider pastries in the sweets category—they’re more a breakfast item.”

Still, Sugar Mama’s is more than beer and buttercream. The breakfast menu draws a lot of attention from downtown denizens and for good reason. Quail egg and cheese biscuits, a duck-egg quiche, and Belgian waffles mingle with Bangers, buttermilk biscuits, and cheese grits; of course, there’s also cream cheese Danish and a very popular cinnamon roll. The food is good and remarkably affordable. Mike and Hannah have made it their goal “to offer something at a fair price—we try to make it accessible but as high a quality as possible.” Sugar Mama’s is one of the area’s best deals for quality, local eats.

At lunch you’ll find an equally eclectic assortment of handcrafted pizzas including The Deutschlander topped with slices of bratwurst (from Willy’s Butcher Shop), mustard, sauerkraut, and pickles. There’s also the Animal Lover a vegan pie that’s made with soy cheese, vegan pepperoni, spinach, and banana peppers. Of course you can create your own, but the house pies are awfully appetizing—the Feta Fetish is a real turn-on.

You can also have a duck sandwich, chicken salad, or even a pretzel dog along with your favorite neighborhood beer, and they like to keep you entertained with a schedule of live music and trivia. But honestly, with the prospect of homemade Danish to end your meal—or just to be your meal—I’d be surprised if you could concentrate on anything else.