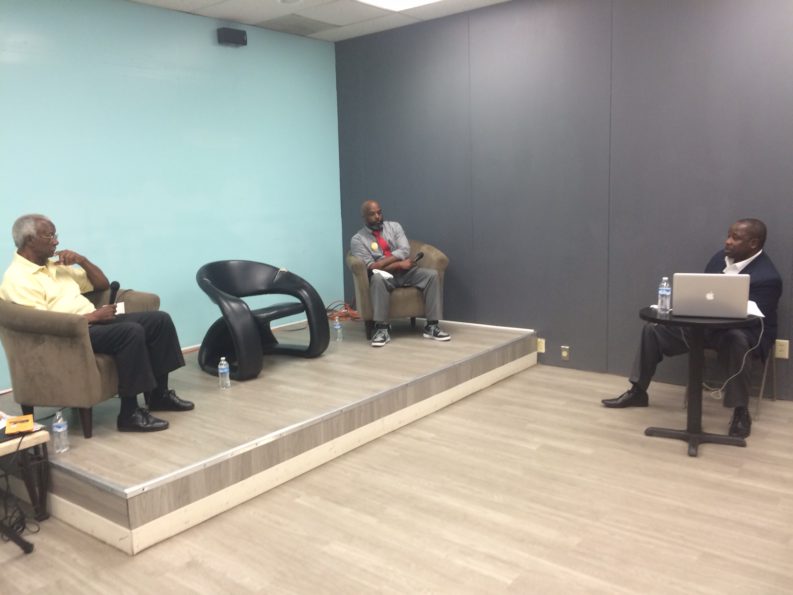 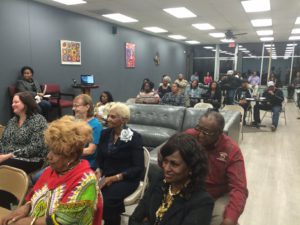 East Knoxville will reach a political milestone on Nov. 8: 15th District voters will send someone other than Joe Armstrong to Nashville for the first time since 1988.

Armstrong, an East Knoxville political stalwart, resigned his House office this summer following a felony tax-evasion conviction. The Knox County Democratic Party put Rick Staples, a community activist who has yet to chalk an election win, on the ticket instead.

He faces Pete Drew, 77, a former County Commissioner and former state representative running as an Independent. Armstrong crushed him with 75 percent of the vote in 2014.

The men contrasted themselves and their governing philosophies at a debate held Sunday night at a hall on East Magnolia. Write-in candidate Rhonda Gallman didn’t attend.

Drew cited his experience holding public office; Staples, a 1988 graduate of Holston High School and the favorite in a heavily Democratic district, said we are now “in a new age, with different needs.”

The debate, moderated by Chattanooga journalist Jermaine Harper, was organized by several community organizations, including the NAACP and the Knoxville Area Black Caucus. Crowd members asked the candidates questions via index cards.

The caucus was formed by Alliance House Community of Knoxville president De’Ossie Dingus, the former state trooper who won a $100,000 judgment against the state after a federal court ruled that he was fired from his job because he is a Muslim. He was pleased at the turnout of about 50 people on a Sunday night, and said more such events are to come as the caucus considers “what we want to do differently” as East Knoxville undergoes its political transformation.

The generational contrast between Drew and Staples on social issues was evident: Drew condemned same-sex marriage—he also disapproves of same-sex spousal insurance and other benefits—and said he would oppose efforts to legalize marijuana. Staples said “it’s not my place” to regulate personal gender and sexual preferences, and believes decriminalizing marijuana would generate tax money and ease pressure on courts and cops. He foresees a vote on the matter at “some point in time.”

The men also fielded questions about relations between police and the public; health care; the “school-to-prison” pipeline; and East Knoxville redevelopment efforts.

Staples said the “police need to police themselves” and called for increased diversity training for officers and their supervisors—as well as detectives. “We still don’t know who murdered Alan Johnson,” he said in reference to the 19-year-old found shot to death in a Woodbine Avenue yard in December 2015.

But Staples also stressed the need for open dialogue and connecting with law enforcement. He cited a cookout with 100 Black Men of Knoxville and the police department set for Oct. 23 at Chilhowee Park. Drew said he supports Black Lives Matter because it “calls attention to problems that have been around for years.” Drew displayed envelopes printed for youth and young adults that provided both a place to store vehicle records and advice on how to comport oneself if stopped by police.

Both candidates said there’s a need for increased mental-health services. “There is no place for the mentally ill to go except jail,” Staples said. He called the state’s lack of a health-care safety net for those with psychological and physical problems “damn near immoral.”