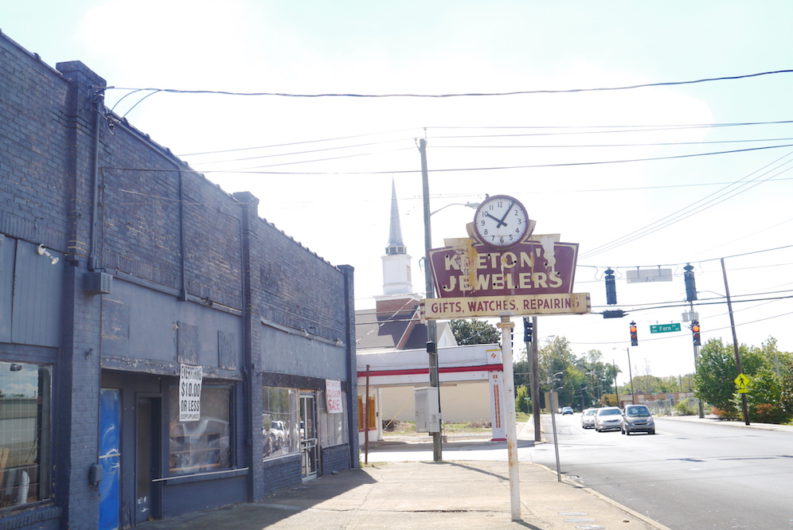 Alice Allen knows her neighborhood has its share of problems. But she’s confident in a big people-powered comeback.

Allen, chair of the East Knoxville Business and Professional Association and a graduate of Knoxville College, gave a tour of the community last week, the day after an East and Northeast Knoxville Economic Summit convened by 4th District Knoxville City Council member Nick Della Volpe to share the business opportunities he believes are available in a part of the city ripe for economic expansion.

Compared to other communities discussed at the summit, Burlington faces more challenges than most: a reputation for crime and poverty that dissuades business and residential investment and a notably lower per-capita income.

Della Volpe says there are no specific plans following the summit, which he organized as a sounding board for community members and to review a survey completed by about 300 people in his district. Across the board, he says, his constituents want more retail options, restaurants, grocery stores, and small and minority-owned businesses.

“It’s important that people appreciate the opportunities that exist in the north and east quadrant,” Della Volpe said in a press release ahead of the summit. “It’s home to 48,000 people, and another 110,000 people live within a 15-minute drive of East Towne , for example. That’s a big market.”

The main point of the summit was to encourage entrepreneurship and grassroots economic development.

“Let’s do bottom-up instead of bottom down,” Della Volpe said in a follow-up interview.

Allen, who helped facilitate the event, shares the concerns and aspirations of Burlington neighborhood residents. There’s the zoo, and Chilhowee Park, and a handful of famous restaurants, like Chandler’s and Pizza Palace. But there are also signs of steep urban decline. There used to be locally owned shops—including a soda fountain and a grocery store—and bustling crowds here on the sidewalks of what was known as downtown Burlington. Now a row of empty storefronts is interrupted only by a barber shop and an old stopped clock on the sidewalk.

“It will take a while to rebuild it,” Allen says. The biggest challenge, she says, is to fight the stigmas attached to the community. When she moved back to Knoxville 20 years ago, real-estate agents didn’t even show her and her husband residential options in the area. The couple landed in Holston Hills. But Allen still considers Burlington her core neighborhood.

“I like to call it East Knoxville, because it all runs together,” she says.

While Della Volpe’s summit at the John T. O’Connor Senior Citizen’s Center was meant to focus on the Northeast and East Knoxville economy in its entirety—including Fountain City, East Towne, and Lower Broadway—there seemed to be special community interest in redeveloping Burlington.

“Slowly I’ve seen the Burlington area coming up and getting better, but it’s a very slow process because of the connotation of the East side,” says Allen.

Allen’s vision for community-based resurrection has support from the Knoxville Chamber, city government and Della Volpe, who urged the roughly 200 people in attendance at the summit that “grassroots” action is needed to revitalize and improve all of East Knoxville. He specifically mentioned the Burlington community as ripe for improvement, “but we can stand here and talk all day.” It’s up to the residents, he says, to make things happen.

“We’ve got to push entrepreneurship in a big way,” says Doug Minter, the director of small business development at the Knoxville Chamber. He encouraged use of a Chamber statistician and other expertise to further any business aspirations.

“Someone is dreaming of the things you are talking about,” he told those at the summit.