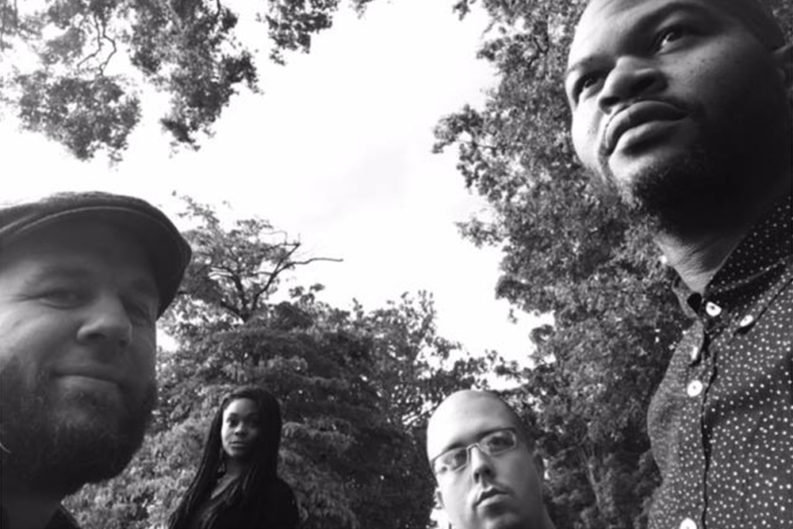 Pianist Ben Maney plays eclectic, leg-pumping, lost-in-the-moment jazz. With his lightning-fast runs, chordal shifts, and tumbling textures, he takes the listener on a tour of his influences, from the early ones such as Motown, Chick Corea, and George Winston to stride to minimalism and, well, whatever he’s heard lately.

Known to Knoxville audiences as a soloist as well as through collaborations with the Mac Daddies, the defunct blues outfit Jenna and Her Cool Friends, and his own band Countless Sheep, Maney says his creative muse is “like a firefly.”

“I get involved in lots of projects,” he says. “For about two minutes at a time.”

The latest is Carpe Opacare, a collective that had its beginnings when Maney and vocalist Yasameen Hoffman-Shahin performed at a Big Ears kickoff party in March. More recently, the two appeared with the Knoxville Symphony Orchestra at Ijams Nature Center’s annual Symphony in the Park fundraiser. For Carpe Opacare—Latin for “seize the dusk”—Maney has pumped up the sound by adding bassist Daniel Shifflett and drummer Alonzo Lewis. The group will perform at least twice this month: at Barley’s Taproom and Pizzeria on Monday, Oct. 10, and then at the inaugural Lincoln Park Community Festival at Lincoln Park United Methodist Church on Sunday, Oct. 16. Maney will also play a solo show at Sugar Mama’s Bakery on Saturday, Oct. 15.

Maney was born in Michigan but grew up in North Carolina. “I was enamored of music, particularly live music,” he says. “I was fascinated by anyone playing an instrument. When I was about 7, my dad brought home a piano from a yard sale. I think he paid, like, 50 dollars for it.

“It looked like somebody had decided to build a piano, didn’t know how, got about halfway through with it, and then gave up. A lot of the keys didn’t have key tops; they were just bare wood. I learned my way around it by thinking, ‘brown, brown, white, brown, white.’”

The family moved frequently to accommodate Maney’s father’s career in social work. Shy and introspective, Maney had a hard time adjusting to each new location. In some pockets of the Tar Heel state, the 1964 Civil Rights Act—and its attendant desegregation of schools—was still a bitter pill only half-swallowed by the local populace. Bewildered and frustrated by the racism he witnessed, he yearned, he says, for something he couldn’t name. And then he found it.

“My mother dressed me up like a cowboy and I played some ‘Home on the Range’ kind of song in the school talent show,” he says. “And then this black girl got up onstage and sang something—it might have been ‘Tracks of My Tears,’ by Smokey Robinson. She didn’t have an accompanist—she just sang, and she was putting in fills and singing with such emotion. I mean, I just had chills. I was destroyed. This was, like, one of my peers. I’d never been so affected by a live music performance.

“I internalized that sound. And from then on, I was always trying to find it on the piano. The blues scale, the minor pentatonic scale—I’d get home from school and go straight to the piano. It became my therapy. Later, when we lived in Hendersonville, I had a piano teacher who had no interest in blues scales. In fact, he detested jazz. But he taught me music theory, and the tools that he gave me helped with my piano therapy.”

When Maney landed in Knoxville for his senior year of high school, he fell under the spell of local blues legend Hector Qirko. Later, in the University of Tennessee jazz studies program, he was tutored by Donald Brown and Rusty Holloway.

Maney gradually started to consider a career in music. He played with prog-rock and jam bands Free Fourmula and People of the Squares. “Very impressive, but hard to listen to,” he says.

A stint with a fusion band in the Dominican Republic followed. When he returned to East Tennessee, he started to collaborate with other local artists. Soon, he was in demand. Now he’s found his own voice as a composer, and that’s what he’s concentrating on lately.

Listen to the extended intro of Maney’s composition “Like a Cat,” which will be on the set list this month, and you can hear his process, always in motion. Initially repetitive and minimalist, the music explodes out of its trance, as if a Bach toccata threw itself over a cliff and settled into a series of creeping, step-down chords, paving the way for the vocal: “Like a cat—you’re like a cat/Just sit and stare at me when I turn my head away.”

Maney’s a soulful singer himself, but Hoffman-Shahin, who also sings in Electric Darling, will be featured on this one.

That’s not a bad description of Maney, either.

Carpe Opacare plays at Barley’s Taproom and Pizzeria on Monday, Oct. 10, at 10 p.m.