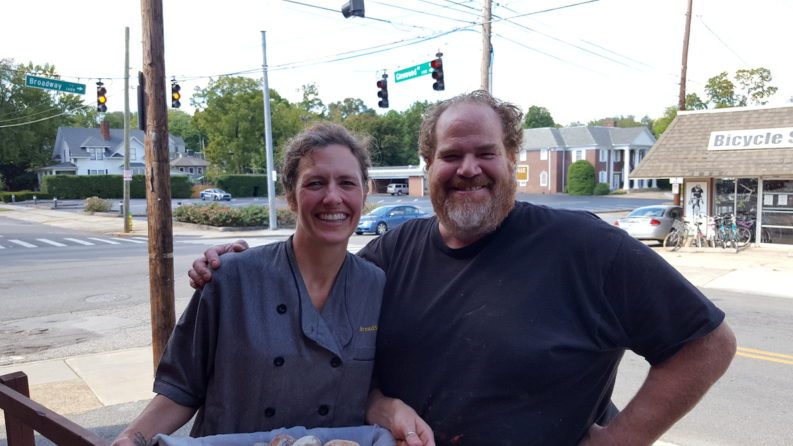 Knoxville’s own galloping gourmet, Bruce Bogartz, has left his most recent digs in the Sunsphere for new adventures in the environs of Fourth & Gill.  This weekend, on his birthday, in fact, Bogartz hopes to throw open the doors of Tata Creole Corner on the corner of Glenwood and Broadway in the space formerly known as K-Brew and (briefly) the Artistic Bean. 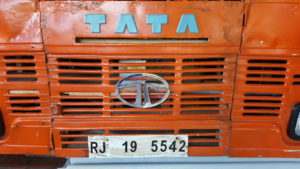 The name comes from the grill of a Tata truck that forms the face of the front counter—the rest is all Bruce.  Some details remain undetermined, Bogartz says, while he feels out his new district: “We plan on being open 11 a.m. to 7 p.m., five days a week. We’re just not sure what days those will be. We want to see what the neighborhood flow is like—so we’ll play with it for a week or two.”

Bogartz only took possession of the space on Thursday (that would be yesterday) and there’s still fresh paint hitting the walls and induction burners sitting in boxes on the floor. It’s a hurry up offense, to be sure, but it’s also a limited-time offer.

“We got a 90-day pop-up,” he says. “I’m having some surgery at the beginning of the year, so I’ll be taking three weeks off.”  As for what follows, Bogartz hinted that he’s working on a larger concept with the Red Booth Group, a hospitality consulting concern located in the Old City.

Bogartz seems excited about the possibilities, but more than that, he says he’s happy to be back in his comfort zone: “I just wanted to get back to what I do, which is to cook and be in front of people and talk to them. I feel like I kind of lost my soul at Primo.”

Even as Bogartz starts describing his menu, Kymberle Kaser, owner of The Bread Shed, walks around the corner with a basket of fresh bread. It feels like a moment out of a novel about life in a French village. This kind of neighborly joie de vivre puts a big grin on Bogartz’ face. “We’re subletting from Mark who owns the Juice Box, and Kymberle is helping me out with some refrigeration. I’m buying my bread from her, and she’s working on a dessert for me. It’s that romantic notion of people working together. They’re good to me. It truly is part of that local, organic kind of movement.”

The menu for Tata will be limited to about 10 to 12 items and will feature three kinds of gumbo daily: a traditional style with duck confit and andouille sausage, along with a vegetarian option, and one that is gluten-free. Bogartz hopes to customize some offerings, too. “I’ll do jambalaya, and I’m gonna try to make that to order so it can be a lot of things,” he says. “I’ll also have a hot quail that first gets marinated in a syrupy thing with lots of hot chilies, and then I’ll roll in rice flour and pan fry it to serve with molasses vinaigrette.”

Bogartz fans can look forward to many of the chef’s signature dishes, including chicken livers with tomato jam, his much-loved Duck Club, and biscuits with creole cream cheese and hot pepper jelly.

The chef is determined to open tomorrow, his 51st birthday. You can keep track of his progress through Facebook and on Instagram at tatacreolecorner.