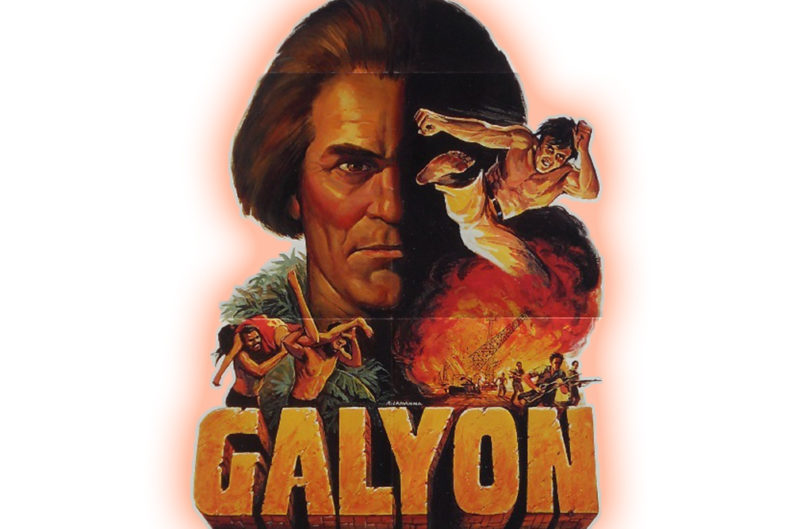 A recent cover story on Stan Brock brought to mind an obscure film with Knoxville connections that he starred in. Through his work with Remote Area Medical, providing assistance to the many people in this country and abroad who do not have access to affordable health care, Brock would surely be considered a hero by any right-thinking person. Before he created RAM, though, he played an action hero in the 1980 movie Galyon.

A copy turned up in the collection of the local advertising firm Lavidge & Associates, whose founder, Art Lavidge, coproduced the film. It’s not a film print, but Galyon survives on three-quarter-inch videotape, as does Forgotten Wilderness, a kind of staged documentary with Brock in a role that echoes his work in Mutual of Omaha’s Wild Kingdom.

Galyon! from TAMIS on Vimeo.

The director and executive producer was Ivan Tors, a Hungarian-born renaissance man who led an interesting and varied life, including a stint as an animal trainer and a long career as a motion picture and television producer. Many of his productions had aquatic and wildlife themes; Sea Hunt and Flipper are the best known. Before directing Galyon, Tors’ last theatrical film had been Zebra in the Kitchen, from 1965, starring Jay North from TV’s Dennis the Menace as a boy who liberates animals at a zoo.

Tors clearly shared with Brock an interest in the natural world; he frequently used movies and television to educate audiences about wild animals and promote environmental issues. Even Brock and Tor’s 1976 adventure film Escape From Angola had an inordinate amount of wildlife footage. One IMDB commenter complained that “far too much of the dialog is spent lecturing about Africa and wildlife conservation rather than serving what plot there is.”

Galyon is pretty much a straight-up action movie. Brock wrote the script and manages to sneak in a few environmental messages, but there wasn’t a lot of room for such talk in the story of a soldier of fortune hired to rescue the daughter and son-in-law of an oil executive from revolutionary Venezuelan kidnappers. The plot is further thickened by the appearance of a briefcase holding the plans for a U.S. military takeover of the Middle East in the event of an energy crisis. Partially shot in Venezuela, the film reflects Brock’s own concerns with politics and the military in the region—he had lived and worked on a cattle ranch in neighboring Guyana for 15 years.

Brock wasn’t an unlikely action hero at all. He appears to have been remarkably fit at the time of the shoot, when he was 43. There is a lot of hand-to-hand combat in Galyon, and Brock did his own stunts—sometimes to his detriment. In a News Sentinel article from the time, he explained that he temporarily lost his voice after a karate expert kicked him in the neck during filming. In another scene, a prop door failed to give, giving him a mild concussion.

Galyon probably didn’t make much money during its initial release, but it seems to have had a robust second life on VHS. As of this writing, there are four different VHS editions of the movie available on eBay. (The film also boasts a trippy electronic soundtrack that begs to be rediscovered and reissued.) Galyon is largely forgotten today. It will likely fade from memory entirely when the tapes give out. There might be some film prints out there, but they’d likely be difficult to track down. Brock’s legacy will be his selfless philanthropic work, but his TV and movie roles also deserve to be remembered, so we’ve got the tapes in cold storage, to preserve them just a little longer. They’re part of his history, too.

Two weeks ago, we published an appreciation of local soul singer Clifford Curry, who died on Sept. 6. A few days later, we learned that country and folk singer Joy King died on Sept. 11, at the age of 79. King had a storied career in country and folk music in Knoxville and beyond, working with Lowell Blanchard, Fred Neil, Floyd Cramer, and many others, as well as operating the Raven folk coffeehouse on Chapman Highway. Inside the Vault ran a two-part column on her back in March. She will be missed.