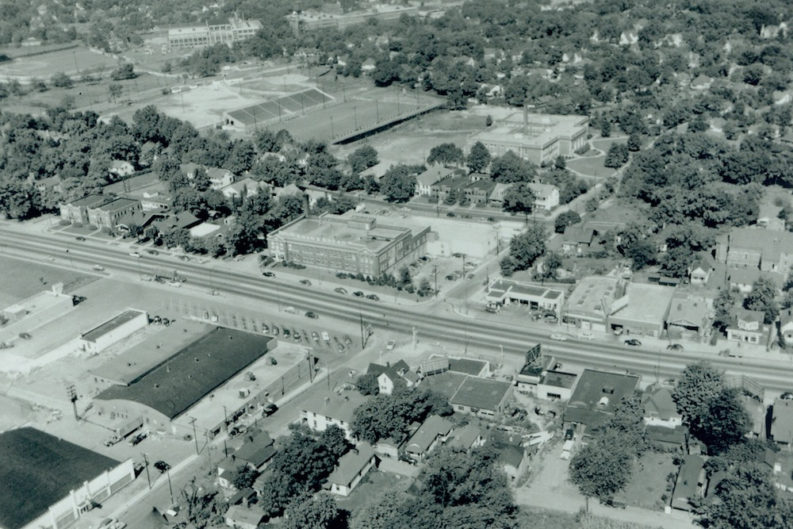 Jay McInerney could have set his chronicle of the narcotized 1980s in Los Angeles, Dallas-Fort Worth, or any number of sprawling American metro-zones that were equally awash with “Bolivian Marching Powder,” his catch phrase for cocaine in the widely popular Bright Lights, Big City (1984). Yet, had he done so, it would have necessitated more than a new title. His protagonist, who was “all messed up with no place to go,” needed Manhattan’s frenetic urban core for his rake’s progress. McInerney could have done without the bright lights, but he needed the big city.

Bright Lights, Big Metropolitan Statistical Area falls flat. Locales such as LA and Fort Worth, while technically metropolitan, are not cities in the way we’ve understood the term for millennia. Yet, it has become fashionable to conflate these formless zones of commerce and consumption with the ancient notion of “urban” that only confounds an already nettlesome issue.

In matters of form, substance, material, structure, political organization, fiscal management, and perhaps most importantly, character and identity, cities and metropolitan statistical areas (MSA) are different in kind. That said, one cannot overstate the importance of the MSA as a new way of thinking about urbanity. Moreover, the ubiquity of its use may help us better understand places such as Knoxville. 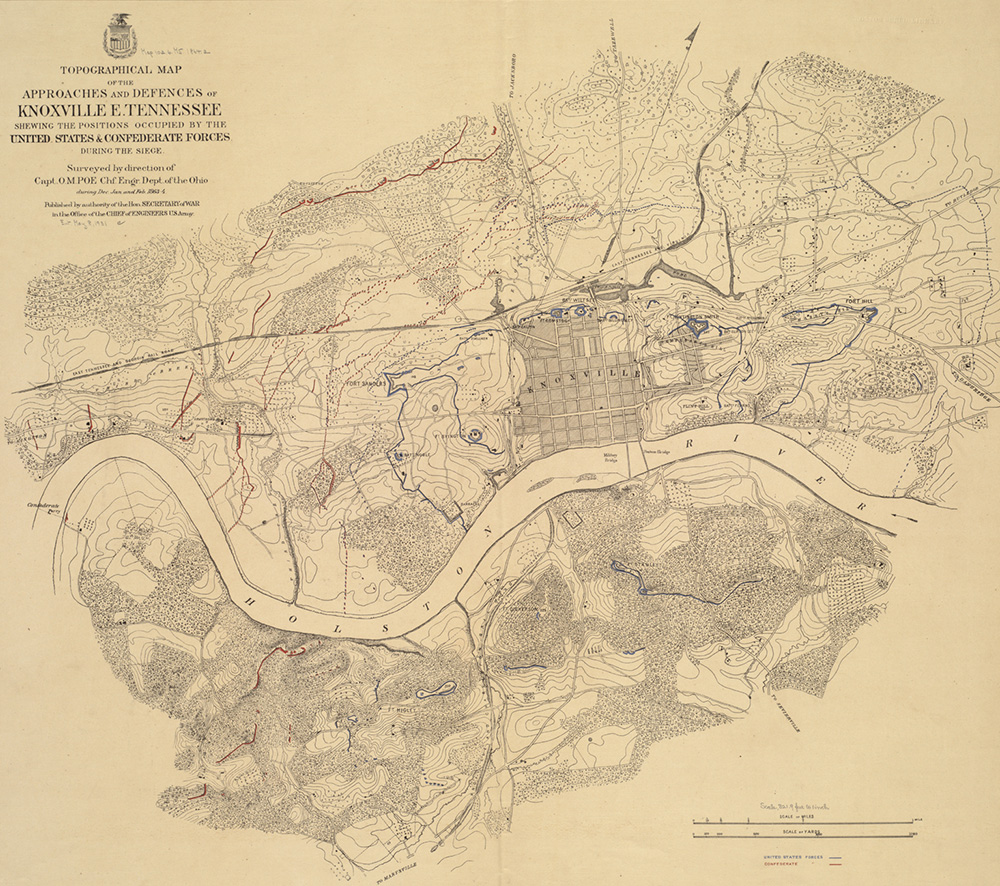 An 1863 topographical map of Knoxville (far left) “Shewing [sic] the Positions Occupied by the United States & Confederate Forces during the Siege.”

Actuarial topics make eyes glaze and set one’s mind adrift. The metropolitan statistical area could be the poster child for such matters—on a permanent no-fly list of things not discussed at cocktail parties, alongside life insurance policies and conspiracy theories. MSAs may not be “such stuff as dreams are made on,” yet they lie at the heart of that hazy thing called The American Dream.

The Office of Management and Budget first used the category in 1949 to describe new settlement patterns that propagated in post-war America. A 2010 OMB report in the Federal Register explains: “The general concept of a metropolitan statistical area is that of an area containing a large population nucleus and adjacent communities that have a high degree of integration with that nucleus.”

It may be surprising to learn that, according to the OMB, over 80 percent of Americans live in urban areas. Of course, there is a big difference between living in multi-unit housing, in walking distance to a grocery store, near a bus or subway line in a dense urban core, and life on a lawn-covered quarter-acre plot outside the city center. Muddling an already vague concept, there are vast stretches of virtually all MSAs that include scattered fields of grazing cows, acres of asphalt parking lots, shapeless shopping malls, and miles of tract housing.

The Knoxville metropolitan statistical area is one of these; it includes Knox, Anderson, Blount, Campbell, Grainger, Loudon, Morgan, Roane, and Union counties: population over 830,000. This is more than quadruple the population of the city of Knoxville, and equal to that of the city of San Francisco. Yet, MSAs don’t have a mayor and it’s likely that most Knoxville metro-dwellers don’t identify themselves as metropolitan. There’s good reason for this, having much to do with the MSA’s notional haze along with America’s generally conflicted relationship with cities.

In his seminal The Fall of Public Man (1977), Richard Sennett observed: “There are probably as many different ways of conceiving what a city is as there are cities.” The reasons are several; its meaning varies greatly from one culture to another, and meanings change over just a few generations, even within the same culture. Which may explain why the OMB and Census Bureau demur from defining it. 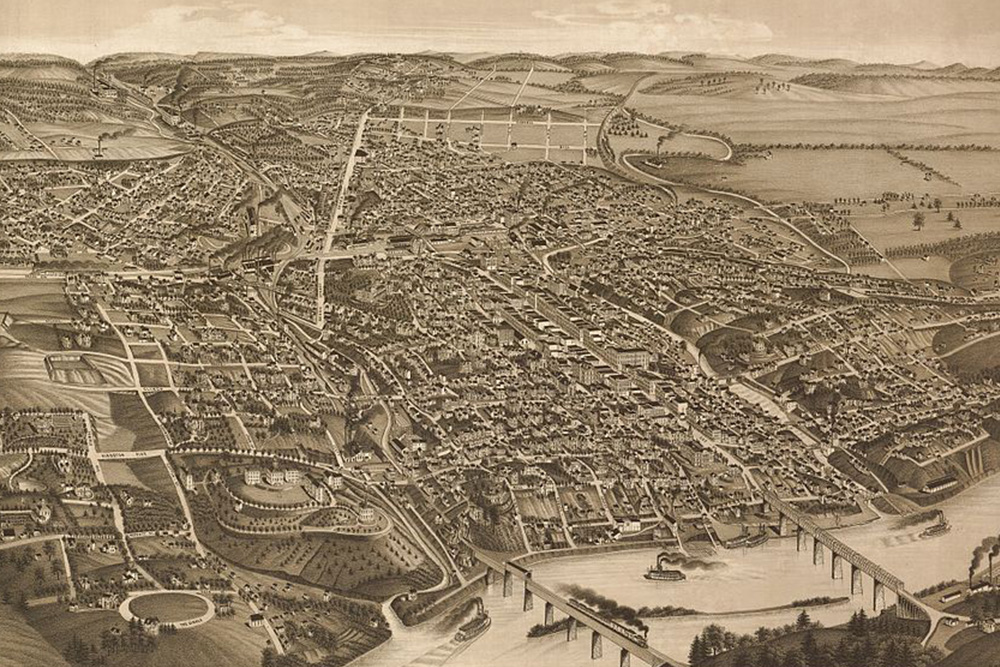 An 1886 aerial view of Knoxville (left) shows a city already well-defined to the east, along Gay Street, and bounded on the west by the Second Creek of the bluff.

What the federal government does define, however, are “urban” and “rural” areas—the building blocks of a MSA. “Urban” ones are densely populated areas of 50,000 or more; a rural area is, by default, everything “not urban.” Hence, when the edges of America’s urbanized areas changed so rapidly as to be all but unrecognizable from their pre-war status, in a quintessentially Orwellian manner, governmental agencies simply tweaked existing definitions to fit the new reality.

For the first time in human history, the manner in which a civilization defined its most important places were no longer culturally determined. They have nothing to do with density, character, sustainable living, or quality of life. They are exclusively quantitative, geographical creatures defined by the proximity of population clusters. If one wished to build a Knoxville MSA Cultural Center, it would probably look a lot like Turkey Creek.

In The Death and Life of Great American Cities (1961), Jane Jacobs was the first to argue that, more than television or illegal drugs, the automobile was most responsible for killing American cities. For Jacobs, cities and suburbs (the latter of which she tended to view as parasites) are different not in degree, but in kind; “[Cities] are not like suburbs, only denser.” 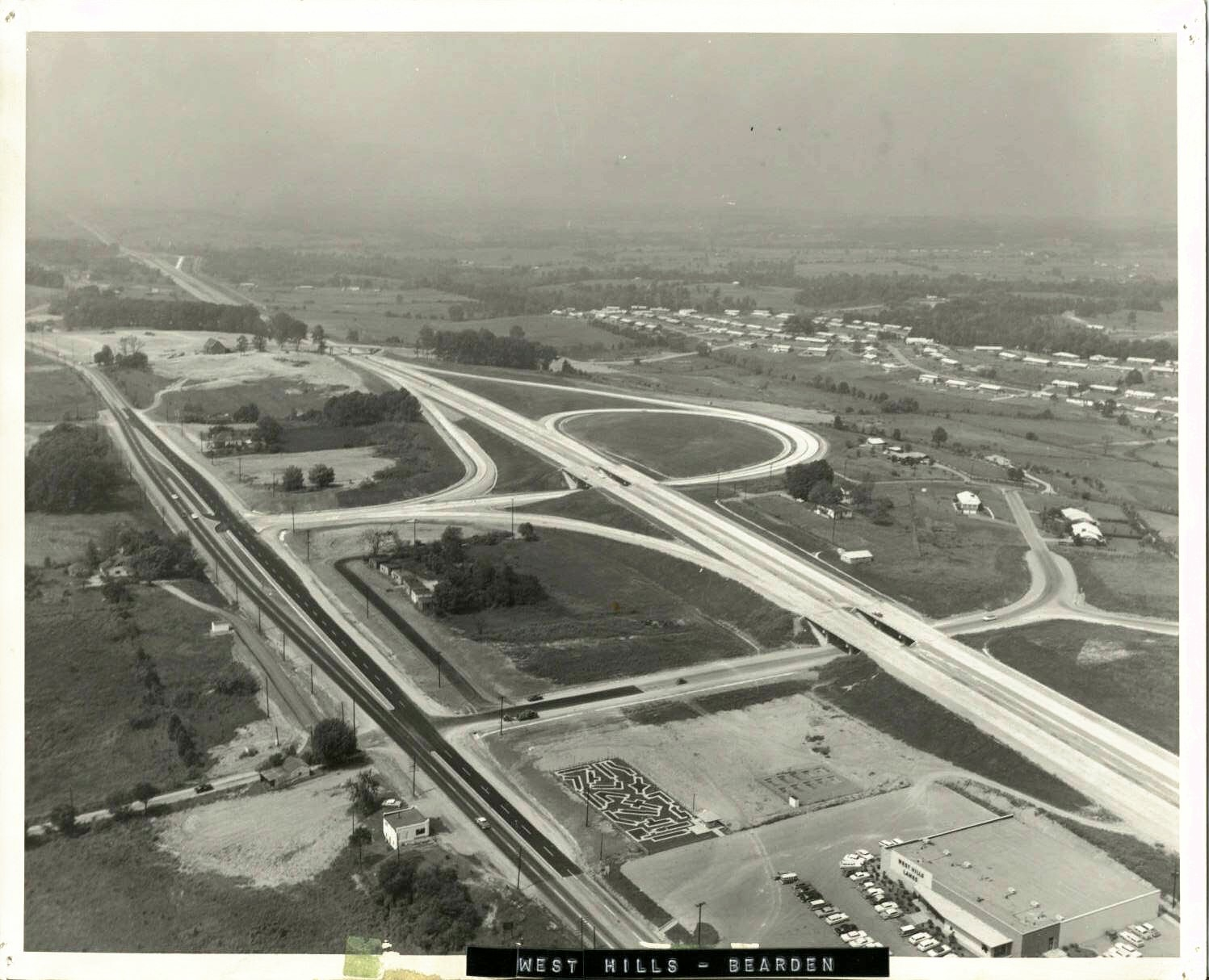 The root of the problem for Jacobs and Sennett is cultural. Jacobs placed a premium on a city’s ability to bring together people of different cultures, values, and origins. In Death and Life, she explains: “[Cities] differ from towns and suburbs in basic ways, and one of these is that cities are, by definition, full of strangers.” Sennett, writing a generation later in The Fall, echoes Jacobs when he explains that cities are places where, first and foremost, “strangers are likely to meet.”

In a metropolitan statistical area, however, either everyone is a stranger, or no strangers are allowed, such as in gated communities. Joseph Rykwert’s critique of the popular planning movement, “New Urbanism,” helps explain this curious situation. In The Seduction of Place (2002), he characterizes New Urbanism as being less about building “community” (its published goal) and far more about selling real estate to a privileged few. Moreover, Rykwert (the Royal Institute of British Architects 2014 Gold Medalist) argues that rather than providing an authentic urban experience, it succeeds in shielding its inhabitants, offering “a refuge and shelter from the city,” rather than a dwelling place within a city. For Rykwert, instead of a place “where strangers are likely to meet,” it is primarily a retail development where no strangers are allowed.

Many consider cities to be one of humankind’s most remarkable inventions—centers of government, religions, law, and seats of learning. They also have a markedly unsavory and unhygienic reputation: the foundation of America’s longstanding anti-urbanism. Its philosophical underpinning emigrated from Europe along with the earliest colonists, took root in North America’s seemingly limitless expanses, and were validated in the American imagination by such foundational documents as Thomas Jefferson’s Notes on the State of Virginia.

If we accept Jacobs’ argument that suburbs are a parasite to the host “urb” that they surround, and if we value (as both Jacobs and Sennett do) the role that cities play in bringing together people of different backgrounds, races, and religions—something thwarted in the sprawl-space of strip malls and interstate exchanges—one can see how the whole idea of a metropolitan statistical area, that conflates suburban and urban areas, is a matter of concern.

How do those empowered to direct the future of Knoxville’s development avoid either adding to the dross of noxious sprawl or, at the other extreme, resorting to what Rykwert called a “refuge… from the city”? For over a century Knoxville existed as a tightly knit collection of more-or-less orthogonally organized streets bracketed, on the west, by the bluffs east of 11th Street and, on the east, by the First Creek gulch. When Knoxville expanded, it looked west, first annexing Sequoyah Hills and later, in 1917, quadrupling its size by annexing such suburban developments as the oxymoronic Park City. Annexation remained an essential strategy for Knoxville to cushion itself from economic downturns for most of the 20th century. The result is that areas conceived and developed as suburbs—such as the Chilhowee Park neighborhood—were re-categorized urban, long before the invention of such devices as the metropolitan statistical area.

The intrusion of suburban settlement patterns and building typologies—along with their incumbent dependencies on widely dispersed services and infrastructure within the city limits—is not unique to Knoxville. Throughout the 20th century it did much to change America’s conception of what a city looked like, how it functioned, and how its citizens related to its public spaces. Jacobs’ neat distinction between city and suburb quickly dissolves when one accepts that most of a city like Knoxville consists of what is structurally and functionally suburban. 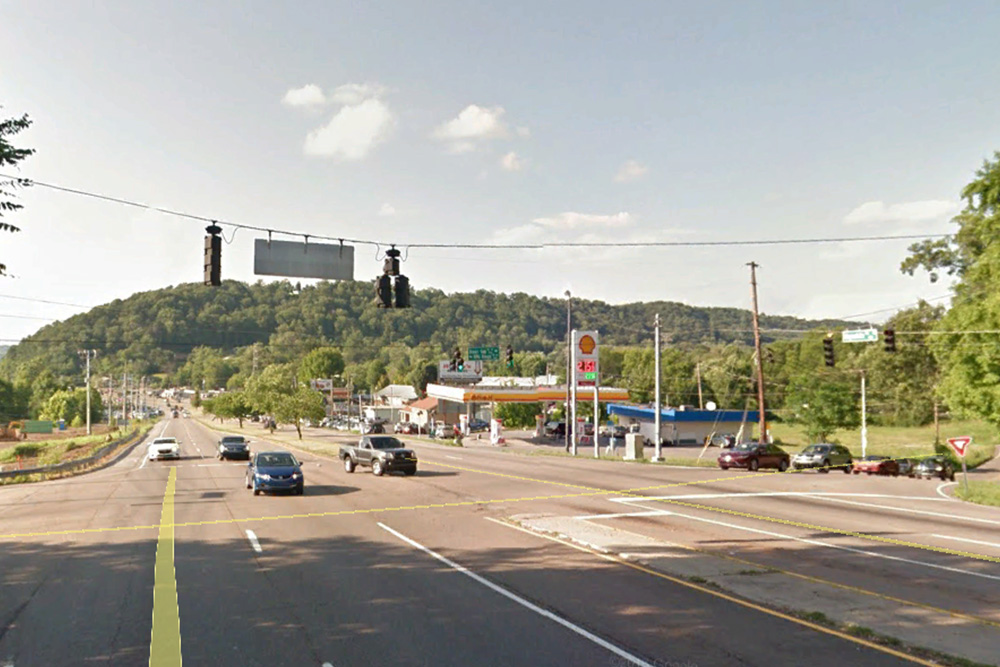 How would Jacobs or Sennett (both of whom lived much of their lives in the provincial enclave of lower Manhattan) react to cities such as Knoxville that have inverted the parasite/host relationship—wherein a city is built on the back of something fundamentally suburban? I suspect neither would recognize most of Knoxville as a “ville” of any kind. And that’s not an altogether bad thing.

We need to be able to distinguish between core, pith, and skin. It does not devalue the outer (or middle) reaches of Knoxville simply to recognize that the city center is fundamentally different from these other zones. In the center, one often must pay to park and walk a bit. If these sorts of things are disagreeable, then one has the freedom to choose someplace else to be. But, for a city to build parking garages where they are not needed, in the core, and offer free parking, is not the way to re-invigorate the city center—it is simply yet another way of conflating center and edge, further transforming the “ville,” into the periphery. Cities are not suburbs, “only denser.”