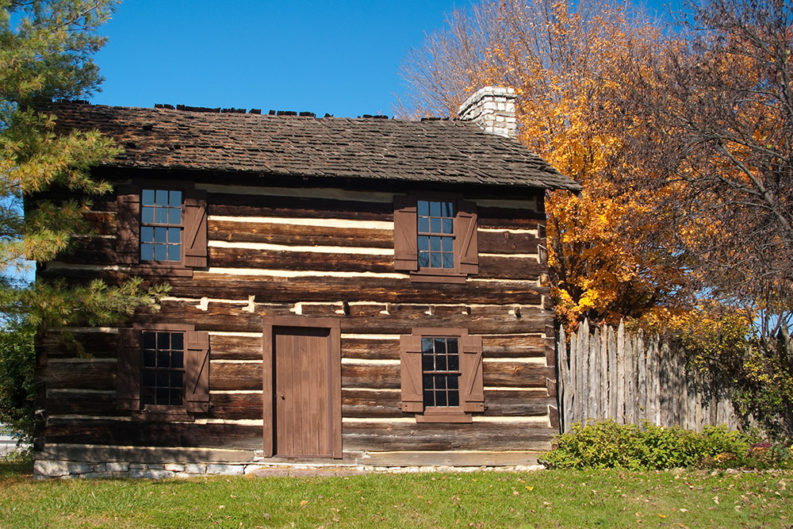 Oct. 3, 1791 is the date the city has observed since the 19th century as the city’s founding, although it was probably not considered that at the time. William Blount, signer of the U.S. Constitution, had chosen to place his territorial capital in Knoxville, which he named for his immediate superior, President Washington’s Secretary of War, Henry Knox.

As it became clear Blount was establishing his capital here, settler James White, who had already established a fortified settlement here, and his Pennsylvania-born son in law Charles McClung surveyed the plateau of White’s river bluff, dividing it into 64 half-acre lots, along the street grid that still defines the southern half of modern-day downtown. The area between the river and Clinch Avenue, and roughly between Central and Henley Streets, is the original city of Knoxville. Oct. 3, 1791, was the day White held a lottery for the land to parcel it out to the first Knoxvillians, who were a mixture of people who came from hundreds of miles away, from Boston to Charleston, along with several immigrants from Ireland and other nations.

On Saturday, Oct. 1, at 10 a.m., the city will host a public birthday party with cake and music, at the Krutch Park Extension.

On Sunday, Oct. 2, at 4:00, First Presbyterian, Knoxville’s oldest church, will host a Graveyard Gathering in the old churchyard on State Street at Clinch Avenue. Dating to the 1790s, the graveyard is the resting place of several of Knoxville’s founders, including James White and William Blount, and Samuel Carrick, who founded both this church and the college that evolved into the University of Tennessee. Featured will be bagpipe music and a religious ceremony.

Monday, Oct. 3, the birthday itself, is the occasion of the Founders Day Luncheon—held, appropriately, at the Foundry. It’s a historic building from about 1871 that was part of the old Knoxville Iron Company, one of the city’s biggest post-Civil War employers. The luncheon, sponsored by Historic Homes of Knoxville, features speakers Bill Landry, of the Heartland Series, and Jack Neely, of the Knoxville History Project. For tickets, see hhknoxville.org.

Founders Day Weekend coincides with two of Knoxville’s most popular annual ethnic festivals, both of which reflect communities with deep histories in Knoxville.

The 37th annual Greek Fest is a public party of food, drink, and music held every year since 1980. It reflects Knoxville’s energetic Greek population.

Greek immigrants began arriving in Knoxville around 1900, refugees from war and economic crises at home. The first known Greek immigrant was a young man known in Knoxville as “Bob Alexander.” His real name was probably Konstantinos Koustoulis. By 1900, he was selling sandwiches from a cart in what’s now the Old City. He later opened his own shop at 136 South Central.

Chartered in 1939, St. George Greek Orthodox Church was once located in an old church on North Broadway. The current church on Kingston Pike was built in 1968. By that time, the church was hosting an annual banquet for the public called Greek Night. The much-bigger Greekfest was organized in 1980, usually held at St. George Greek Orthodox Church at 4070 Kingston Pike. For more, see greekfesttn.wordpress.com.

The Hola Festival was first conceived in the 1990s. Small in its early years, it’s now one of downtown Knoxville’s major festivals. Hola is Spanish for “hello,” and in this case it’s also an abbreviation of the phrase Hora Latino, or the Latin Hour.

Spanish-speaking people were rare in Knoxville. However, one of Knoxville’s first settlers was an immigrant from Minorca, Spain, George Farragut, whose birth name may have been either Jorge Antonio Martin Farragut y Mesquida or Jordi Farragut Mesquida, was a sailor who came to America to help fight the British. A veteran or combat with the British in Savannah and Charleston, he may be the best-known Spanish-speaking Revolutionary soldier.

He settled in Knoxville soon after his friend, Gov. William Blount, set it up as his territorial capital. Farragut originally lived in an elaborate cabin downtown, in what is now known as World’s Fair Park, but later moved west, to the area not yet known as Concord, where he operated a ferry across the river. His son, David Glasgow Farragut, was born there in 1801.

George Farragut’s 261st birthday is this Friday, just before the Hola Festival. This year, it’s on Market Square on Saturday and Sunday. See holahoralatina.org.