City Seeks to Take Ownership of Morristown College from Knoxville Developers, Turn it into a Park - The Knoxville Mercury 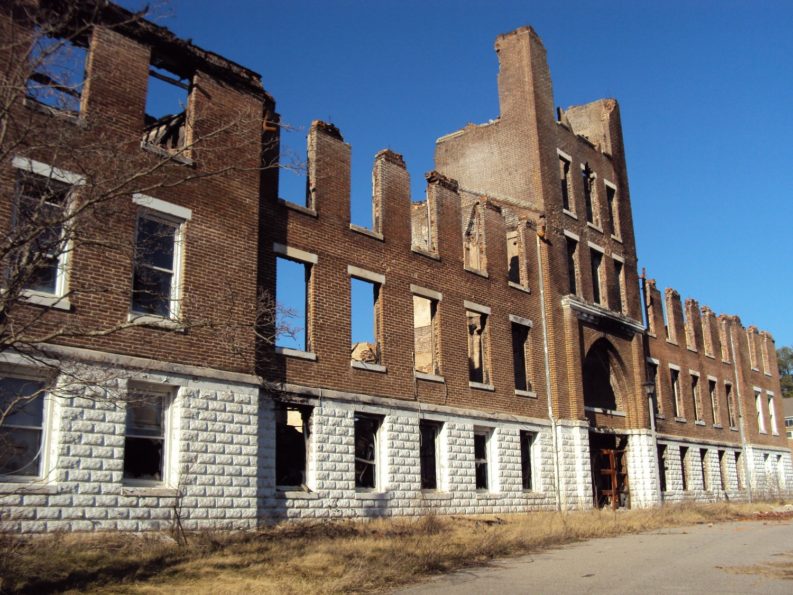 The historic Morristown College campus could be razed and turned into a sprawling city park if the City Council of the small town about 50 miles east of Knoxville prevails in court.

The Morristown City Council has filed a petition in Hamblen County Circuit Court in hopes of taking possession of the 52-acre campus through eminent domain proceedings from its current owners, an LLC with ties to Knoxville developers that have faced recent lawsuits and scrutiny for past business dealings.

“Our issues are health and safety,” says Morristown Mayor Gary Chesney. “The buildings have deteriorated for years, and when this [most recent] group came and bought it, they came with drawings and pictures and graphs, and they held a public meeting. The drawings were impressive, and it looked like—if it all came to pass—it would be an improvement. But then nothing really happened for a year of two, the buildings continued to deteriorate, and it came into violation of the city building codes.”

Asbestos has been discovered in many of the buildings, Chesney says, adding to cleanup costs and presenting a public health hazard. That, in part, pushed City Council to initiate court proceedings in hopes of taking ownership.

Founded in 1881, Morristown College was only one of two colleges in East Tennessee where blacks could attend prior to the Civil Rights era. Before then, the center of campus had been a slave mart. Following the Civil Rights movement in the 1960s, more African-Americans began attending traditional universities they had once been barred from, and Morristown began a steady decline until shutting down permanently in 1994.

Knoxville developers Amy and Brant Enderle bought the property at auction for $275,000 in 2014, placing it under the ownership of MCD, LLC. The lawsuit names MCD; BAJM Holdings, LLC; Commercial Bank, which holds a $550,000 note on the property; and Dennis Mike Robertson as defendants. After taking ownership, Brant Enderle outlined loose plans to redevelop the historic property into residential and commercial space, saving many of the historic structures that seemed salvageable.

“We’re excited about the piece of land. Amy and I own it. I like to own things. I don’t like to sell things. So if we own it 20 or 30 years, that’s perfectly fine. I don’t feel any need to make it all happen overnight,” Brant Enderle told the Citizen-Tribune in 2014.

Enderle manages Henry & Wallace, a Knoxville development firm owned in part by his wife, Amy, that operates or manages several LLCs and controls more than a dozen high-profile properties in Knoxville, Chattanooga, and elsewhere in Tennessee, Arkansas, and Louisiana. An H&W spokesperson said Enderle would not comment directly because of past coverage in the Mercury, which highlighted a string of lawsuits filed against Enderle or his business interests over the past decade.

H&W Community Development Specialist Patrick King, who worked directly with Morristown city officials on the projects, says he felt “totally blindsided” when the mayor and city manager called a meeting late in 2015, expressing for the first time an interest in acquiring the property and allegedly threatening to proceed with eminent domain court filings if H&W declined to sell. 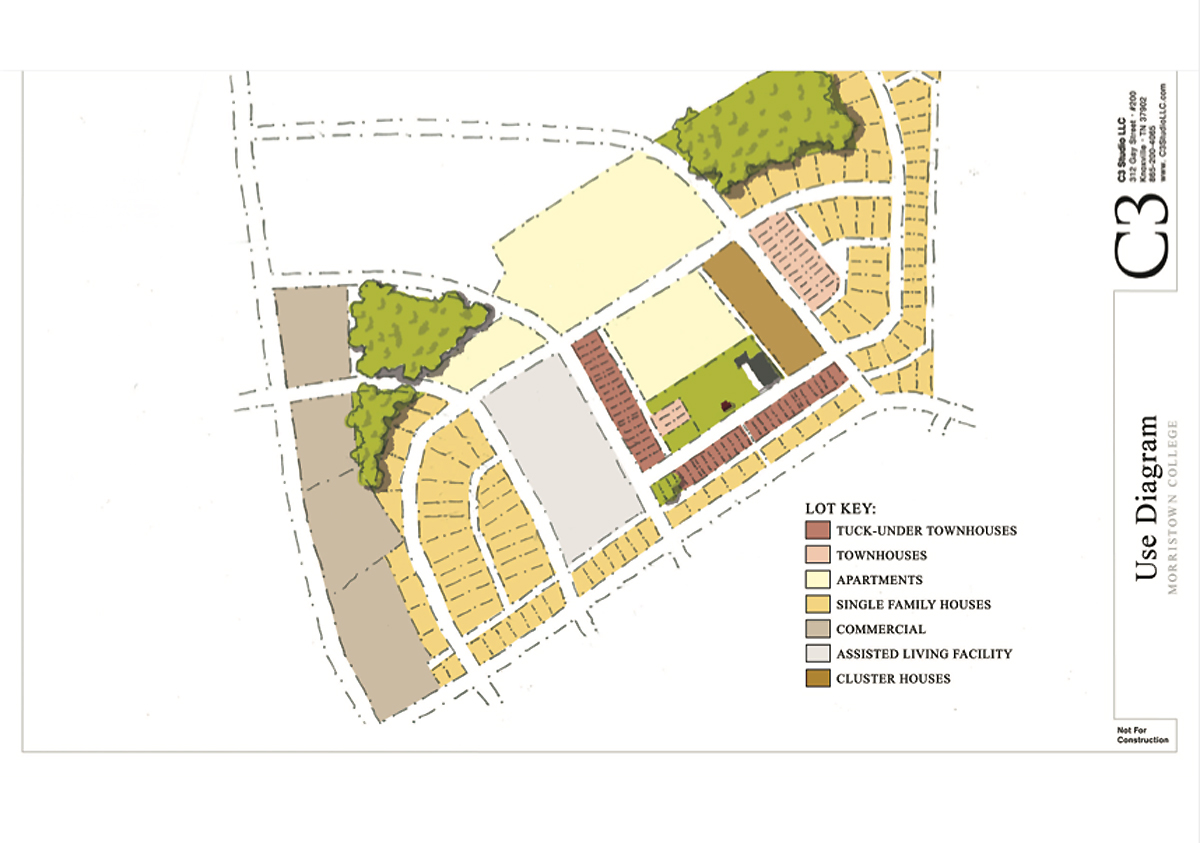 After several community meetings following the purchase of Morristown College, “we came up with a great site plan, and in addition to apartments we were planning to do single-family residential developments as well,” King says, adding that H&W was preparing to rezone the property to meet those needs after lengthy discussions with city building officials when it was dragged into court.

“Now, I don’t know that we have an option. I was in his [the mayor’s] office just two weeks prior, and then to have them come back and threaten eminent domain, it was almost like the rules of property ownership didn’t apply,” he says. “If the city wants to take your property, they’ll take it.”

Though broad, the plans Enderle outlined for Morristown have a similar approach to a vision offered earlier this week for Knoxville Center mall, the struggling East Knoxville commercial hub. At a community meeting earlier this week, he said he’d like to add apartments, condos, and a hotel to the mall’s parking lot, while working to boost retail offerings and spruce up the place, eventually revitalizing the 30-year-old building that has long struggled with vacancies and other issues.

The city has appraised the Morristown College property at $700,000, estimating demolition and asbestos abatement will top at least $707,000. Thus, it is seeking to take control of the land without offering compensation to its current owners.

Chesney says the city would turn the 52-acre campus into a park, razing the historic buildings and using the bricks to construct monuments commemorating the college’s history as well as the town’s. Earlier this week, Morristown City Council voted to contract with Lose and Associates, a Nashville design firm, to develop plans for what the park might look like.

The property has been an issue for the community for more than two decades, since its closing in 1994. It’s been the site of vandalism, fire, and other illegal activity, according to media reports.

Earlier this summer, the East Tennessee Preservation Alliance issued a ‘This Place Matters’ designation for the aging property, seeking to have it preserved in part or in full to commemorate its history. It has been on the East Tennessee Endangered Heritage list since 2010. ETPA director of preservation field services Todd Morgan said he’d like to see the structures preserved, but understood that it’s been a tough pill for the community.

“It’s been a very difficult site for the community to deal with, so we’re looking forward to having the opportunity to work with them as they develop that site,” Morgan says. “We just want what’s best for the community, and to tell the history of Morristown College, which has such a rich history and value to that community.”