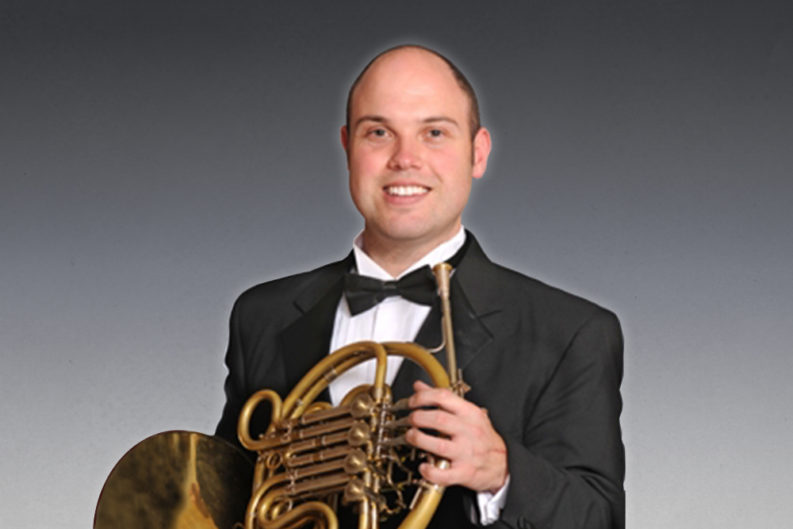 The French horn is one of the orchestra’s most skittish instruments, with a notoriously flighty temperament. It has the widest range of all the brass and an almost endless number of potential notes. Sometimes you just don’t know for sure what’s going to come out of that bell. Just ask Jeffery Whaley, the Knoxville Symphony Orchestra’s principal horn player, who has wrestled with the instrument for much of his career.

This week, in KSO’s first Masterworks Series concert, Whaley will play one of the jewels of the literature: the horn solo that opens the second movement of Tchaikovsky’s Fifth Symphony.

“Tchaikovsky is known for writing beautifully memorable melodies, and this one is no exception,” Whaley says. “It resides somewhere between a lullaby and a prayer. … Tchaikovsky wrote for the horn beautifully in all of his symphonies, with notable horn passages in each. He uses the horns very densely to create a wash of sound.”

That can be gorgeous for the listener, but it’s taxing for the player. The only way to get any control is with embouchure—varied and exacting mouth muscle pressure. Like all musicians, Whaley is an “athlete of the small muscles,” he says.

“To be able to take your lips and press them into a metal funnel and buzz them for two-plus hours, with accuracy and artistry, takes years of practice. A page of whole notes can feel like doing a plank with your face.”

Part of Whaley’s challenge will be to fit his part into the greater orchestral fabric. Even with a clear beat from a conductor, 70 people playing an array of different instruments aren’t going to move in lockstep, especially in such a Romantic, push-me-pull-you piece. It takes a perceptive ear, well versed in the entire score, to recognize when, for instance, the horn is calling and the clarinet is answering.

Whaley says the Tchaikovsky is an ideal piece for the Masterworks debut of Aram Demirjian as KSO’s new conductor. “It relies heavily on conductor interpretation, giving our new music director a perfect vehicle to begin shaping the orchestra.”