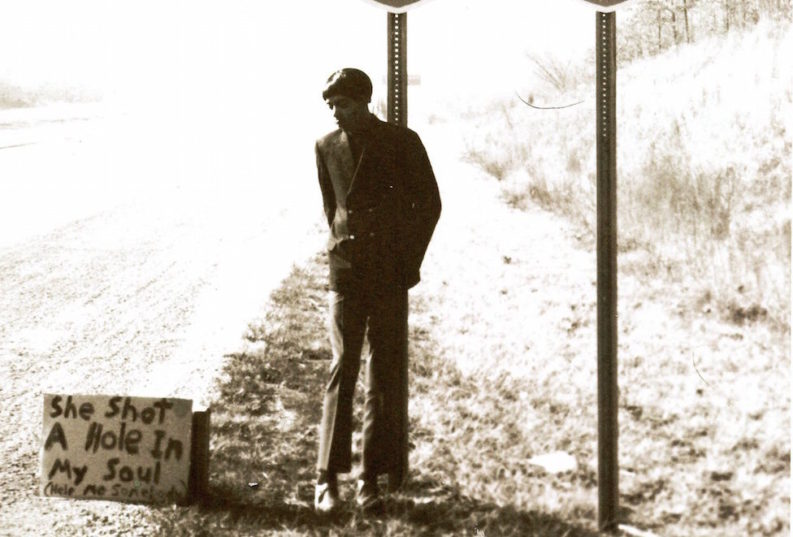 Knoxville lost one of its great voices when soul singer Clifford Curry died on Wednesday, Sept. 7, at the age of 79, after a stroke several days earlier. Curry never achieved widespread fame, but he had a solid, consistent career that it’s hard to imagine anyone replicating in today’s music world. His recording career stretched from his teenage years to 2015 and covered more than a dozen labels. He wrote songs for everyone from obscure Knoxville acts to the Oak Ridge Boys, found popularity in Europe, sang soul, gospel, and country, and experienced that rare thing in the entertainment business: a second act.

Curry loved soul music and immersed himself in it as a child, buying the latest records at Tucker’s Record Store downtown. In a 2012 interview in American Songwriter magazine, Curry fondly recalled the R&B acts he heard on Acey Boy Wilson’s radio show. But he was too young to attend the concerts at Chilhowee Park that Claude “The Cat” Tomlinson promoted on his WIVK show Ebony Rhapsody. Curry even won a ticket to a Lloyd Price concert but had to sell it.

Curry started singing when he was a student at Austin High School, as the sixth member of the Echoes, a doo-wop group that included John Myers and his brothers. The Echoes were managed by nightclub impresario Freddie Logan, who booked them on tours of the Southeast and arranged for them to audition for Atlantic Records in New York. Taking a detour in Newark, N.J., they ended up recording for the legendary jazz/R&B label Savoy. By then, they were known as the Five Pennies; they recorded six songs for Savoy in 1956, including “Mr. Moon,” composed by the teenaged Curry.

His next professional venture was as a member of the Hollyhocks, formerly the Bingos, who recorded one single for Nasco, the R&B subsidiary of Ernie Young’s great gospel label Nashboro. In 1959, Curry joined the Bubba Suggs Band, based in Clarksville, a combo that often backed touring singers such as Solomon Burke, Wilson Pickett, and Joe Tex.

It wasn’t until 1963 that he set out on his own, cutting a pair of records for Young’s Excello label under the name Sweet Clifford. (The first single, “Baby! Just What Is Wrong” b/w “Just a Lonely Boy,” was erroneously credited to “Clifford Sweet.”) As Clifford Curry Jr., he recorded for the tiny Ridgecrest label out of Georgia and appeared on a few singles as a member of the Fabulous Six.

Curry experienced segregation and racism early in his career, including an incident of violence in a Boston club. By the mid 1960s, he was performing as part of an integrated band, an uncommon arrangement in this part of the country at the time. The audiences, of course, were still segregated; the Tennessee Archive of Moving Image and Sound has film of a teen dance from around 1964, hosted by Johnny Pirkle, of WNOX, in which Curry is backed by the all-white band the Midnights and singing before an entirely white audience.

In 1967 came “She Shot a Hole in My Soul” b/w “We’re Gonna Hate Ourselves in the Morning,” a record that changed Curry’s life. Rob Galbraith, the guitarist for the Midnights, was also a late-night DJ at WNOX; in the wee hours, he and Curry would write songs in the studio. The pair traveled to Nashville, where they met producer Buzz Cason, who tapped Curry to record a single for Bell Records subsidiary Elf. (Galbraith would eventually move to Music City and become an influential songwriter and producer himself.)

Recorded at Cinderella Sound Studios and featuring in-demand Nashville session musicians Kenny Buttrey (drums), Mac Gayden (guitar), and Norbert Putnam (bass), “She Shot a Hole” reached #95 on the Billboard Hot 100 and #45 on the R&B charts. Even the B-side was a popular radio hit, especially in Myrtle Beach, S.C., planting the seeds for a later career upturn for Curry. His records also found a receptive audience in the Northern Soul community of England and in Europe. He recorded seven more singles for Elf and then recorded for half a dozen small labels in the 1970s.

In 1980, Curry released “Shag With Me,” a song capitalizing on the Carolina coastal dance craze. “Shag With Me” was written by Archie Jordan, who had penned hits for Anne Murray, Charlie Rich, and Curry’s friend Ronnie Milsap. Fans remembering him from the late 1960s loved the single and his live performances; he became known as “The King of Beach Music.” Curry moved to Nashville in the 1980s but returned to Knoxville often to perform, fronting local bands such as East Wind. He recently moved back to Knoxville to be near family. His later recordings include a six-song EP of songs dedicated to Knoxville and the University of Tennessee, including one called “Pat Summitt (Dat Gummitt)” and a cover of “Rocky Top.” His final album, Cold Beer, Hot Women, won solo album of the year at the 2015 Carolina Beach Music Awards.

But that’s just an outline of his remarkable career. What isn’t told in the grooves of the records is what a kind and generous person Clifford Curry was. Anybody who met him will tell you that. Stories and remembrances that have been flooding Facebook and elsewhere attest to his good nature and character. Sweet Clifford Curry has passed on, but he will always have a unique place in Knoxville music history, and his records will undoubtedly be listened to for years to come.