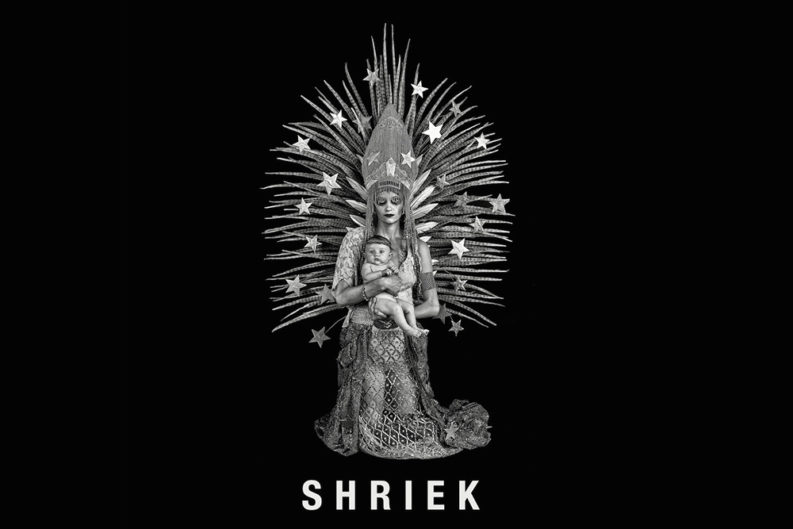 Shriek Operator
The God Who Answers by Fire (Striped Light)
The long-gestating debut album from the local ensemble Shriek Operator is, as the Old Testament reference in the title indicates, a serious and mysterious work—mysterious in the religious sense, as in dense and impenetrable and suffused with a sense of almost cosmic awe and dread. The music, an avant-garde conglomeration of folk, gospel, and sacred choral music, with traces of classic pop, matches the imposing title; singer/songwriter/guitarist Alan Bajandas and the rest of the band (Alan’s sister, Joanna Bajandas, on vocals, and multi-instrumentalists Joshua Wright and Zechariah Freeman Young, plus dozens of other contributors) have crafted a fearfully impressive record, one that’s unlike any other local release in recent memory.

The record is full of familiar echoes and influences arranged in unexpected configurations: John Fahey, Lead Belly, Leonard Cohen, Roy Orbison, Stephen Foster, medieval church music. The music and lyrics can be metaphysical and otherworldly or profoundly visceral, and sometimes both at the same time—Bajandas has a rare talent for imbuing graphic sexual and scatological language with poetic dignity. There are passages of sparse, intimate acoustic folk, an elaborately arranged choral section performed by a dozen-member choir, and a full minute of what sounds like Bajandas retching in the corner of a room.

There’s allegory here to be unlocked—The God Who Answers by Fire is informed and influenced by the Bajandas siblings’ childhood in a strict counterculture Christian denomination, and their escape from it as young adults. The almost uniformly dark lyrics and religious imagery hint at that story, but you don’t need a biblical concordance to decipher its emotional message. Most listeners will probably find it forbidding or off-putting; a small, patient audience will recognize the grief and determination behind it.

The God Who Answers by Fire is available at Striped Light, Raven Records and Rarities, and Lost and Found Records.