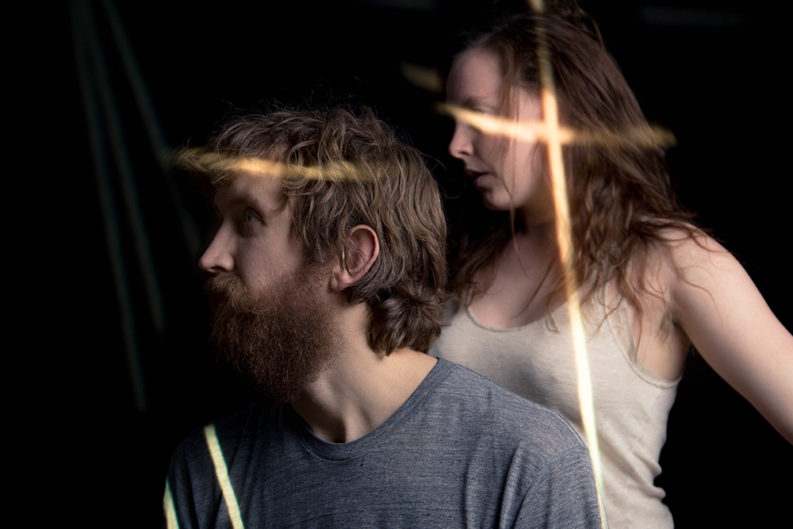 “If someone ever says ‘folktronica’ to my face, I might kick them,” says Amelia Meath of the North Carolina indie-pop/folk duo Sylvan Esso. Her exasperated tone suggests both sarcasm and clear intent.

Meath is protective of the music she and Nick Sanborn make together as Sylvan Esso, in part because she thinks critics have been describing it inaccurately since the band’s formation. The duo’s self-titled 2014 debut, containing the breakout single “Coffee,” struck a chord with audiences and journalists alike thanks to the way it unites Meath’s earthy, seductive croon and Sanborn’s glossy, synth-heavy production. But darkness and anxiety swim under the album’s smooth surfaces.

“There’s a lot of teeth in those songs,” she says. “It’s funny to me that people describe it as a chill album, because I don’t think it’s chill at all. People also use ‘Coffee’ as their wedding song, and it’s about heartbreak and disillusion.”

Meath says she and Sanborn hope they can defy these one-dimensional descriptions with their next album, which they’re roughly halfway through recording. They started the process of making a new record in earnest last year, but they soon realized that they had put too much pressure on themselves.

“We tried to get it all done extremely fast, then realized that wasn’t fun at all,” Meath says. “I think there’s something that happens when you have your dream job—I do this thing where I think, ‘You’re getting to do the thing you want to do—it’s got to be really fucking hard, it’s got to hurt.’ I’ve been realizing that’s not true.

“We can take our time and go and get lunch and wake up when we wish to and begin our creative workday. We’ve been working really steadily through all of this, but it just became more obvious that the record will be better if we’re not sweating all over it.

“We live in a post-Pablo world,” she says, referring to Kanye West’s drawn-out revisionist approach to the production and release of The Life of Pablo earlier this year.

In 2015, Meath told Spin that she and Sanborn had given themselves “full permission to just make bangers.”

Instead, the new songs are more varied than what appeared on the debut.

“After doing it for two years, you’re more articulate—or are least you hope you are,” she says. “There are dance songs on the record, but there’s also more noise, which I’m excited about. It’s weirder. … Our first record was basically just us saying, ‘Let’s make 10 songs, and we’ll show it to our friends and maybe put it on the Internet to see what happens.’ Then this wild thing happened. We’re still making music from the same source, but we’re different people now. It’s weird to write a record when you’re 24, and then all of the sudden you’re 28. We’re infinitely more confident.”

Part of that confidence stems from the comfort and consistency of living in Durham.

“Nick and I both moved here at about the same time, when we started to work on the first record,” Meath says. “I moved from New York, where I lived for a little while. Nick moved from Milwaukee. We spend so much time in cultural hubs—other than that, it’s so much nicer to live in a place where a couple things are happening and you can be really involved in them and watch them happen. The people are excited when you do something creative. And when I go to get my coffee, I can say hi to everyone and see how their day is. My house is 10 minutes from downtown.”

Meath and Sanborn are “rehearsing and cramming” new creative ideas for the upcoming tour, which starts in Nashville on Thursday. A safe bet for the setlist is the scathing new single “Radio,” which finds Meath blasting the expectations of the pop world with one of her most visceral vocals to date.

“The first record is really laid-back in terms of vocal performance—I think it has something to do with the fact that I was recording in a closet,” she says. “When the size of the audiences we were playing for began to grow larger and larger, the performances got bigger. ‘Radio’ is one of the more articulate and angry songs I’ve written. It’s not very mysterious at all.”