Let’s Go to the Tennessee Valley Fair! - The Knoxville Mercury 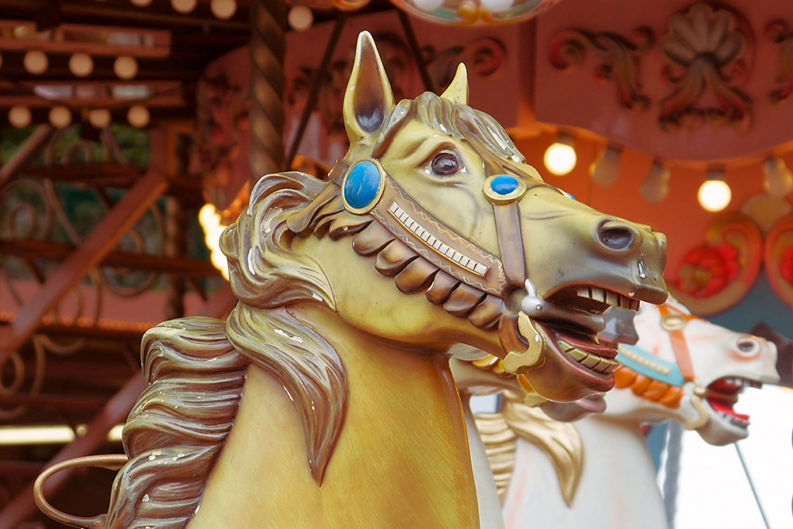 The Tennessee Valley Fair is (almost) 100.

We’ve been going to the fair since before the Civil War. Knoxville was enjoying fall agricultural fairs, mostly held in the downtown area, by 1854.

Chilhowee Park first developed as an attraction in the 1880s, and by 1890 it was hosting multiple annual events. The lake, originally known as Lake Ottosee (a joke—get it?) was the main draw, and offered rental boats, stunt swimmers, and sometimes aquatic games.

Those attractions were in the park all the time, not just during the fair. (After years of decline, the city sold the last rides in 1981.)

After a series of large and successful national expositions at Chilhowee Park in 1910, 1911, and 1913, prominent young Knoxville businessman Hugh Faust, who grew up on a farm near Kingsport, pushed to establish a permanent annual fair. He got help from others, including Canadian-born agriculture professor and future University of Tennessee president (and still later, Tennessee Valley Authority director) Harcourt Morgan. They launched what became the Tennessee Vally Fair in early October 1916, almost one century ago. It included a Midway, with diversions including Carlo, the High-Diving Dog.

For many years, the Midway, with most of the rides and sideshows, was located south of Magnolia Avenue, accessible to the rest of the fair via a walkway beneath the street. Now all the fair is concentrated on the north side.

In 1926, fair promoters dropped 100,000 free tickets by “aeroplane” on more than a dozen cities from Athens, Tenn., to Gate City, Va. It’s unknown how many were found and used, but Knoxville’s fair became a regional attraction for thousands of people who lived outside the Knoxville area.

The fair was known as the East Tennessee Division Fair until 1933, when organizers changed the name to the Tennessee Valley Agricultural and Industrial Fair, to reflect the promise of the new Tennessee Valley Authority. (Although TVA sometimes exhibited at the fair, the big federal agency never directed or managed it.)

Since the 1980s, the fair has been known more simply as the Tennessee Valley Fair.

After the destruction of the extravagant old exposition building on the hill in a spectacular fire in 1938, the city replaced it with a new building, simpler in style, in 1941. It was eventually called the Jacob Building, in honor of Dr. Moses Jacob, who was with Faust one of the original founders of the fair and its longtime president. Originally from Pennsylvania, Jacob was a professor of veterinary science at UT.

In September, 1950, future Pulitzer-winning novelist Cormac McCarthy was a 17-year-old student at Catholic High, just down the street. He and some friends snuck into the fair by climbing the fence.He described the adventure in a story called “Two Hour Scholar Loses His Dollar,” published in his school newspaper.

“Barkers were barking and sideshows were sideshowing and all was confusion,” he wrote. “The three of us went into the House of Mirrors, and a few minutes later two of us came out.”

Three years later, in September, 1953, teenagers Phil and Don Everly were unable to pay their way into the Tennessee Valley Fair, but with the help of their father, Ike, got an introduction to one of the fair’s performers, Nashville-based guitar wizard Chet Atkins, who had lived and worked in Knoxville about 10 years earlier. But because Atkins was on the inside and the Everlys were on the outside, they made their introductions through a fence.

A couple of years later, in Nashville, the well-known guitarist made connections for the Everly Brothers, and helped produce some of the duo’s successful early recordings.

Fairs aren’t as common in America as they used to be. Knoxville is one of a minority of American cities that still hosts one.