As part of the U.S. Department of Education’s seventh annual Back-to-School Bus Tour, Secretary of Education John King will visit Bristol, Knoxville, and Chattanooga on Sept. 13 as the third, fourth, and fifth stops of the tour.

In Bristol, King’s morning stop of the day, he will be at Vance Middle School to discuss “ConnectED,” the White House’s initiative to upgrade and promote Internet access at schools around the country.

King’s afternoon stop in Knoxville will be a roundtable discussion on “America’s College Promise,” another White House initiative that aims to provide free community college access to students across the country, similar to the model Tennessee offers through it Tennessee Promise scholarship. President Obama launched this initiative in 2015 at Pellissippi State Community College in Knoxville, which is where King will also be hosting his discussion on the 13th.

The bus tour’s last stop of the day will be at Battle Academy in Chattanooga, where King will host a roundtable discussion on “Teacher Leadership and Lifting up Educators.”

King’s roundtable discussion at Pellissippi State will take place 1:15-2:45 p.m. in the College Center at the campus in Hardin Valley. 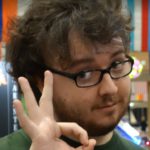 Josh is a sophomore at Pellissippi State Community College. He likes video games, movies, TV, and Knoxville! In his spare time, he returns to mentor his former high school robotics team at the L&N STEM Academy.