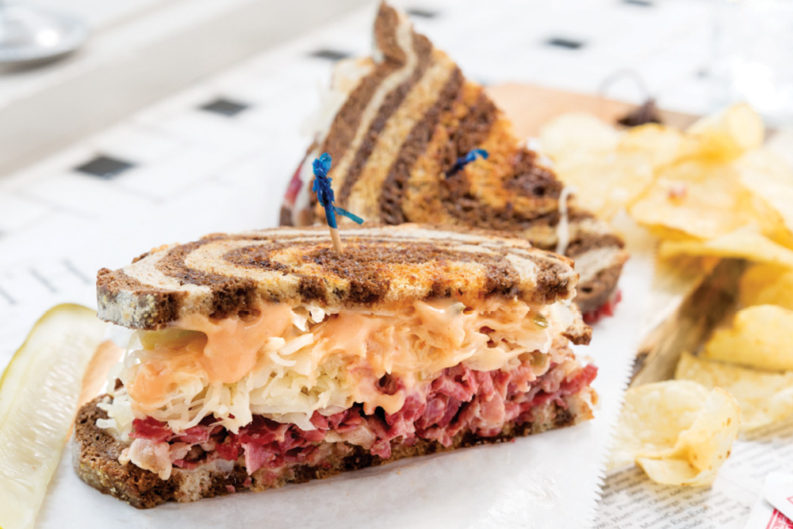 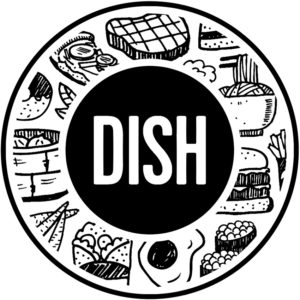 Knoxville’s got barbecue covered. Plus steaks and hamburgers, pasta and pizza, tacos and fajitas. If you want Asian noodles, there are several fine options.

And for a city far from the nearest ocean, we have sushi galore.

But there are other dishes that are not so easy to find.

If you’ve ever asked yourself “Where can I find a good ______ in this town?” then this is the restaurant guide for you.

If you’ve ever wanted to discover a one-of-kind dish that could be your new favorite in town, then we have some suggestions.

Or, if you just want to try something new, then here you go.

Dish is our non-comprehensive, highly curated, very specific recommendations for fine meals. We’ll be adding to it in future editions as we gather more dining intelligence from the field.

Let us know at: editor@knoxmercury.com 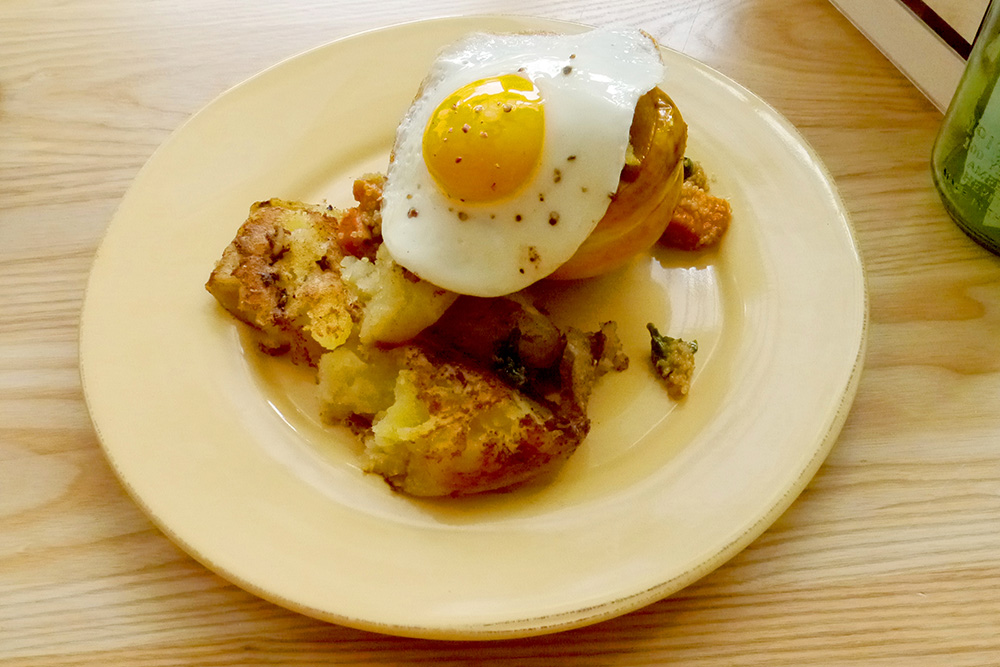 Squash Bowl
OliBea owes its place in the hearts of Knoxville’s breakfast aficionados due to its freshness—not only in terms of fabulous ingredients but also to its approach to putting those ingredients on the plate. The restaurant masters the art of contrast and balance. The glorious Squash Bowl exemplifies that, par excellence. Sitting atop a roasted half acorn squash on a bed of sorghum grain with greens and beets, a duck egg rests like a crown for congeniality. The dish greets the day with a panoply of color and flavor and mouthfeel that’s rich and earthy without being tiresome and variously meaty, unctuous and chewy, and always filling. 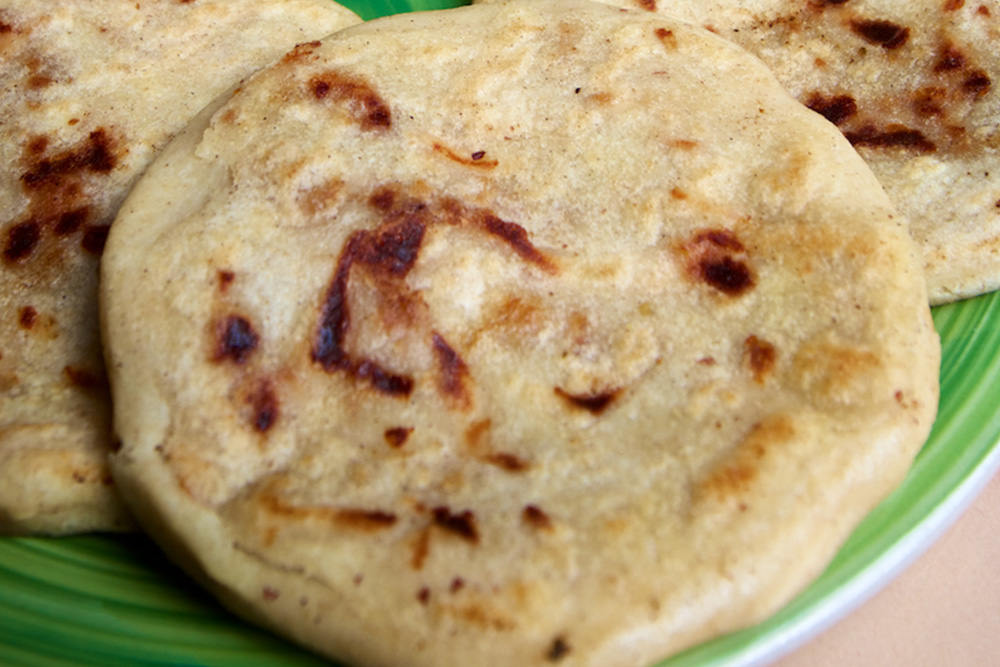 Pupusas
At first sight, these plump little pancakes don’t seem like much of a thing—but just wait until you cut into them. The thick but tender corn tortillas hide a stuffing of soft white cheese and rich chicharrón and are served with a piquant bite of Salvadoran slaw, curtido. As the warm chew of the masa harina plays against its soft and melty filling and the slaw adds its cool crunch, your lunch becomes a study in the delight of simple flavors and textures. The restaurant also features Honduran cuisine. 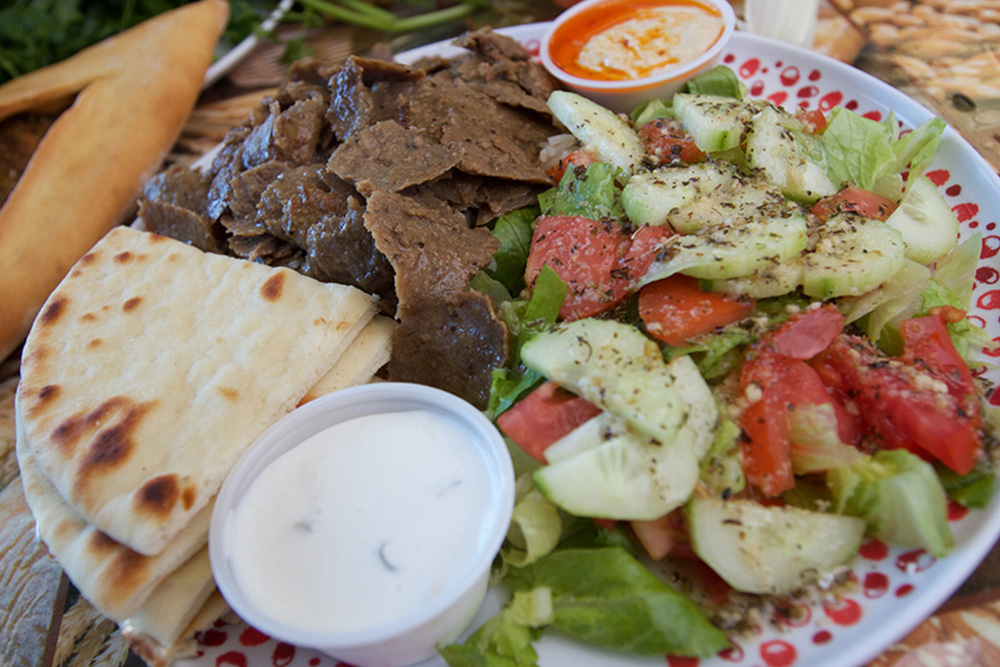 Doner Kebab
This market and deli is a straightforward storefront that features all sorts of goodies, including a gyro doppelgänger called the doner kebab. A tender composite roast of lamb and beef is roasted on a vertical spit and shaved over pita. It’s succulent and savory and is delicious with or without the side of tzatziki.

Hot Chicken
Jackie’s dream of owning her own business is the dream come true for Knoxville’s Hot Chicken aficionados and anyone with an honest appetite for heat. But this incarnation of the Nashville favorite isn’t just a firefight—Jackie’s Dream balances heat with a pleasant dab of sweetness that, when combined with some of the best fried chicken around, make this Hot Chicken an obsession even for those who think they don’t like so much heat. Really, it’s fantastic. 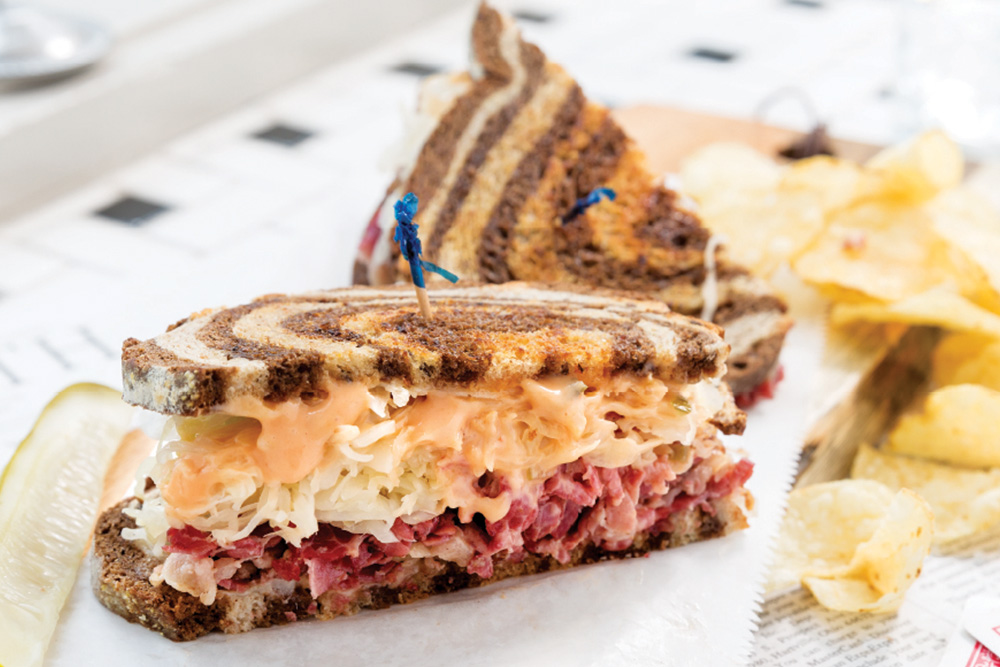 Reuben Sandwich
In a culture where truffle, Calabrian peppers, and countless other ringer ingredients create the “wow factor” in food, it’s thrilling to find a really big wow that comes purely from execution. At Frussie’s, a simple Reuben becomes an exemplar of that sandwich not for any secret ingredient or flashy finish, but simply because it’s made up of homemade stuff of exceptional quality: The corned beef is cured in-house and the bread is baked there, too. It’s a sensory delight with elements of salty, sour, crunchy, moist, tender, and a hint of the tangy in every bite. Those who pursue sandwich epiphany have been known to tremble when Frussie’s and Reuben appear in the same sentence. 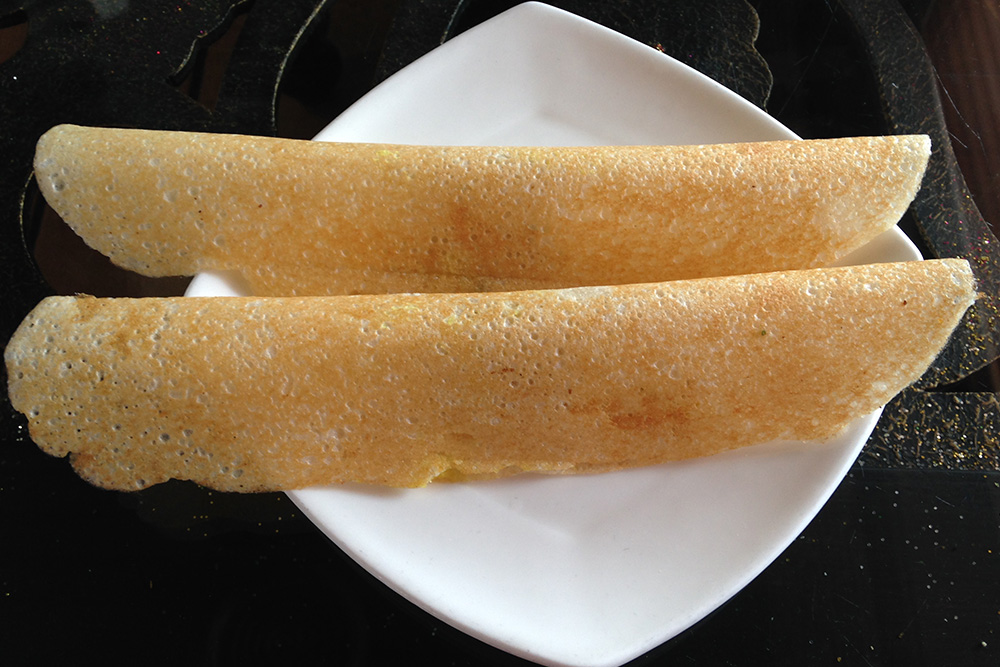 Dosa
If you haven’t had a dosa, get busy and head on to Woodlands now. It’s a visual treat, like a long golden-brown scroll all rolled up on your plate. In reality it’s a crispy, paper-thin, large crêpe made of lentil and rice flour that’s wrapped around aromatic and deeply satisfying fillings. The most common is Masala Dosa—a mildly spicy potato mix that hits all the right notes for flavor plus a wonderful contrast of crunchy crêpe and tender tuber mash. You can have your dosa with other fillings like spinach, paneer, and even Schezwan vegetables. Plus, there are mini-dosa included in the lunch buffet (pictured above). It’s worth noting that the restaurant serves a fair amount of Mumbai chaat (street food) as well. 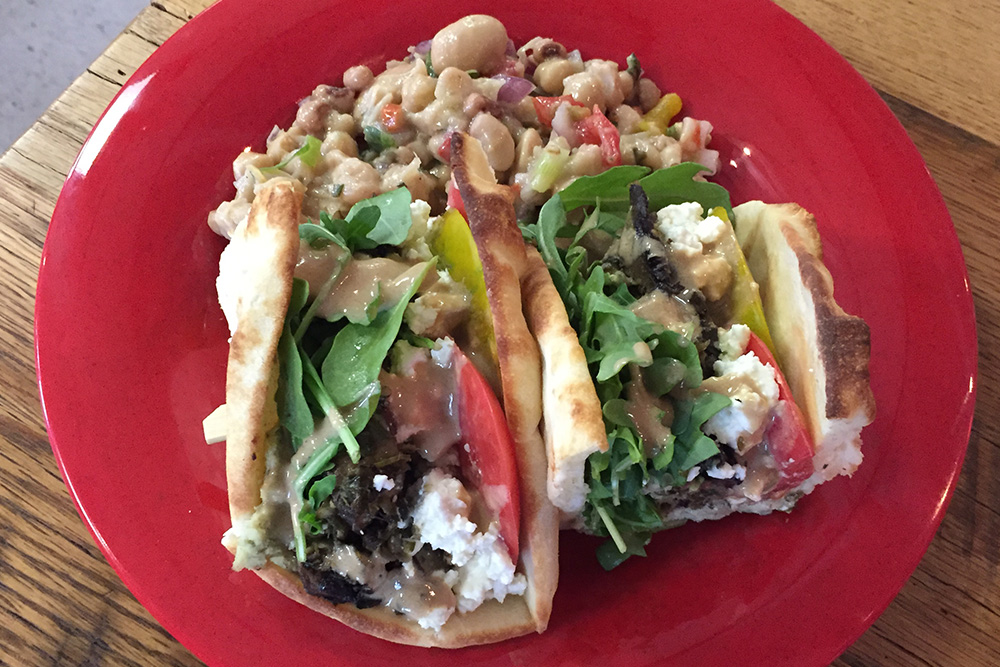 Mushroom Shawarma
Shawarma is usually a dish of roasted animal protein—and knowing chef Holly Hambright, you might expect her version to feature bacon, too. But no, in this incarnation the dish comes with thickly sliced portobellos that have taken a long soak in garlic, lemon, cilantro, a little sumac, and a sprinkle of homemade ras al hanout (a traditional Moroccan mélange of ginger, cumin, cinnamon, and more) before being roasted. Then the fungi are served over naan bread spread thick with a roasted cauliflower hummus and finished up with tahini vinaigrette. It’s a mouthful of flavor and a bellyful of inventive satisfaction that hardly seems meatless. 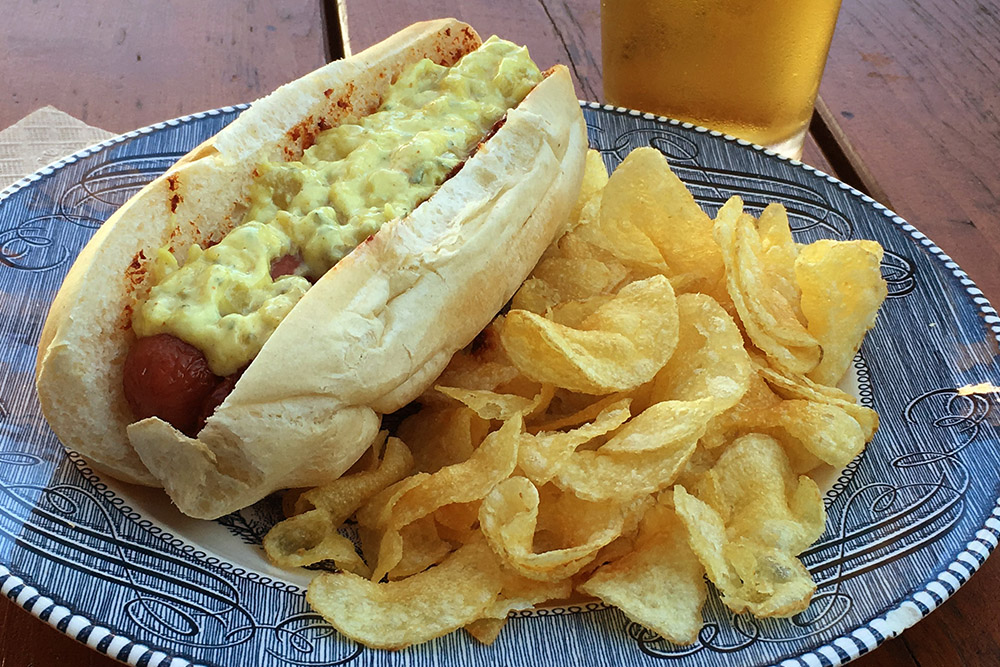 Harissa + Pineapple Raita Hot Dog
Although it’s an awfully good bar with notably cool drink service, the Public House’s food menu at may be what truly sets it apart in a city that loves its libations. Bar snacks soar into gastronomic heights here, and the hot dogs are a destination food, owing to a combination of our own nearly archetypal wiener lust and the Public House’s inventive arrangements. Consider the Harissa + Pineapple Raita dog, which contrasts the pleasant spice of harissa—a Moroccan pepper relish—with the creamy coolness of an Indian yogurt sauce that gets an injection of extra Freon in the form of pineapple. It’s very tasty, very adult, and very worth it. 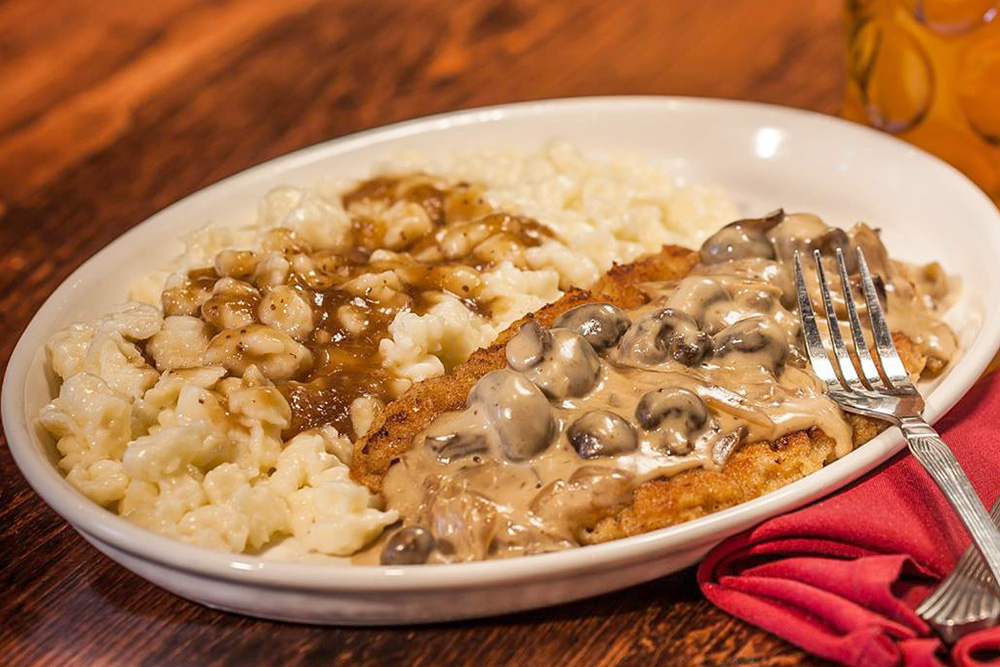 Weiner Schnitzel
Weiner schnitzel is the foreign dish most likely to ensnare a Southerner’s heart. A simple breaded and fried veal cutlet, it recalls the joys of chicken or country fried steak—but with a different kind of wow. Part of it’s a textural thing: The meat is tender, pounded thin and encased in a golden crispy shell. The other allure is that a proper schnitzel has to float in the fat to cook properly. At Linderhof, the dish remains light on its feet, simple and delicious. 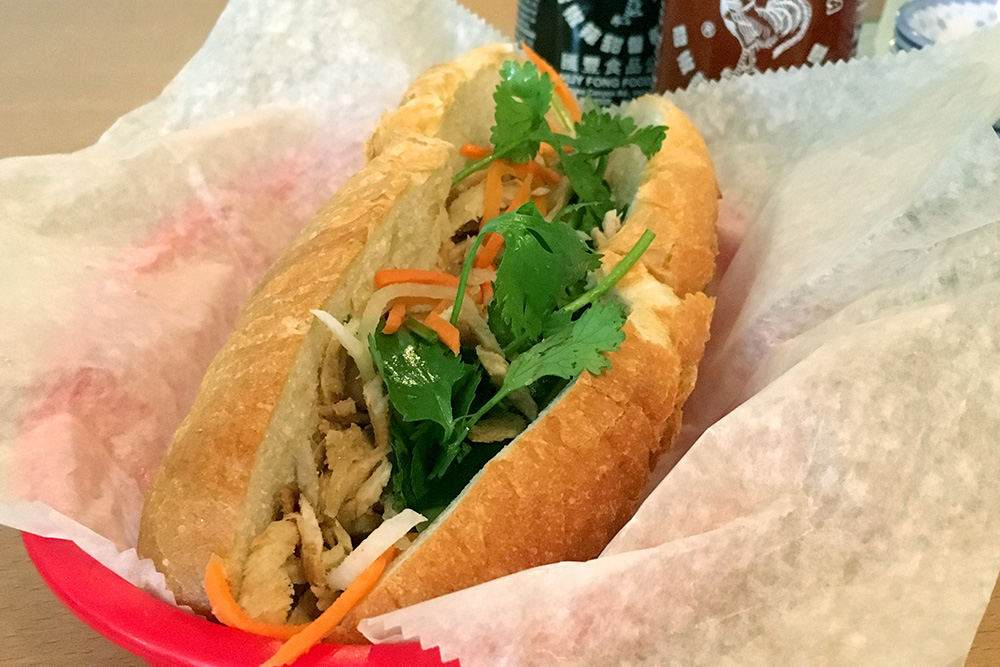 Bahn Mi
Colonial occupation is never a fun topic; but when France brought the baguette and pate to Vietnam, magic ensued. Although a thick slice of pate is the delicious and traditional heart of the bahn mi sandwich, there are as many varieties as there are cuts of meat, and Vietnamese cooks have a wicked touch with pork that’s hard to resist. At Bida Saigon—provided you are resilient against the luscious lure of rich pate or Vietnamese sausage and ham—there are several other varieties of banh mi, including a scrumptious fried-egg version. All these fillings show splendidly when dressed with cilantro, cucumber, and carrot, and benefit from the crunchy shell of the bread. 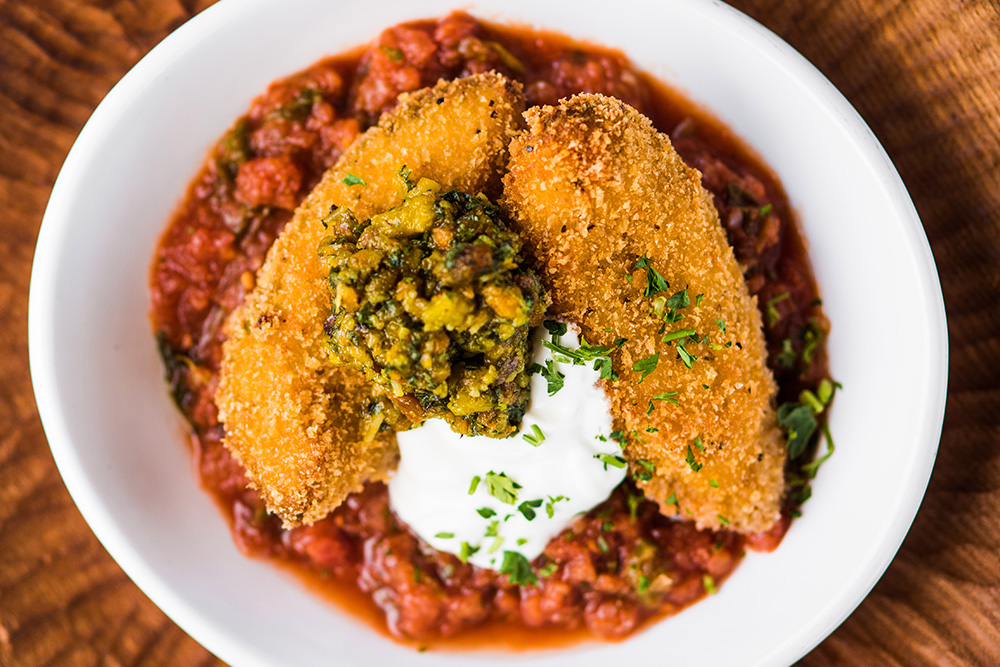 County Fair Avocado
It’s true. You can fry anything. Even nature’s butter, the avocado. It may be difficult to imagine such a concoction, but once you eat a County Fair Avocado, it brings many food joys into a single bite: the wicked crunch of the well fried breading, the luxurious softness of the perfectly ripe avocado, and the wanton delight that comes from topping anything with sour cream. 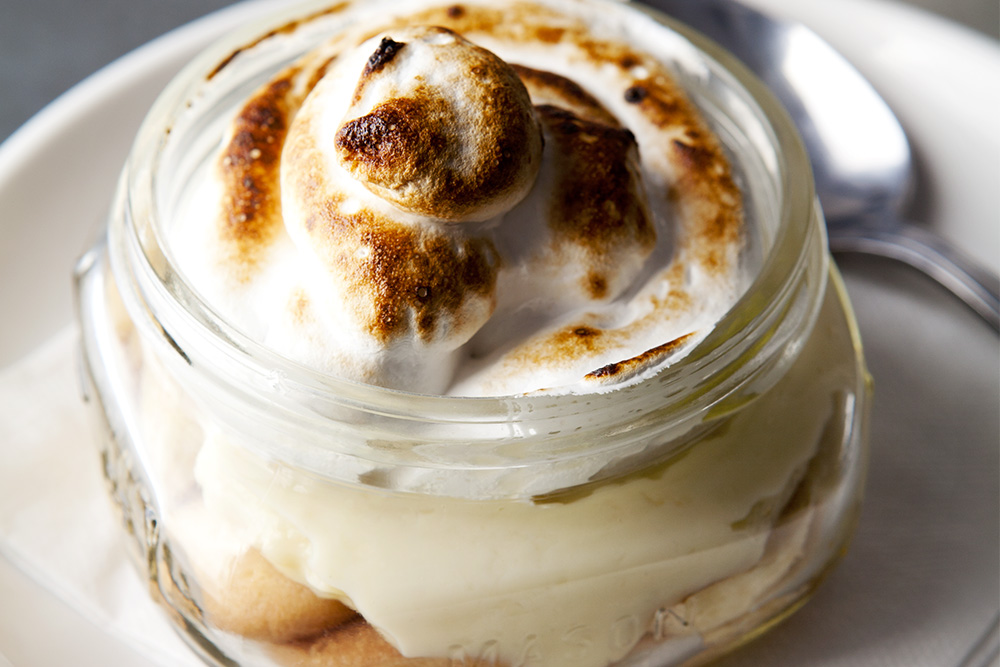 Banana Pudding
Like corn bread, fried chicken, and deviled eggs, the right recipe for banana pudding is a matter of some dispute in Southern food culture. At Knox Mason you’ll find a particularly flavorful and fun-to-eat version of banana pudding that blurs the lines of tradition, disputation, and innovation. Nilla wafers and homemade vanilla pudding sit in their traditional glory, happily ensconced in a little Mason jar before being topped with the house’s own marshmallow fluff. This happy compromise between the opposing camps of whipped cream or meringue topping gives the pudding distinction without taking it too far away from its roots.