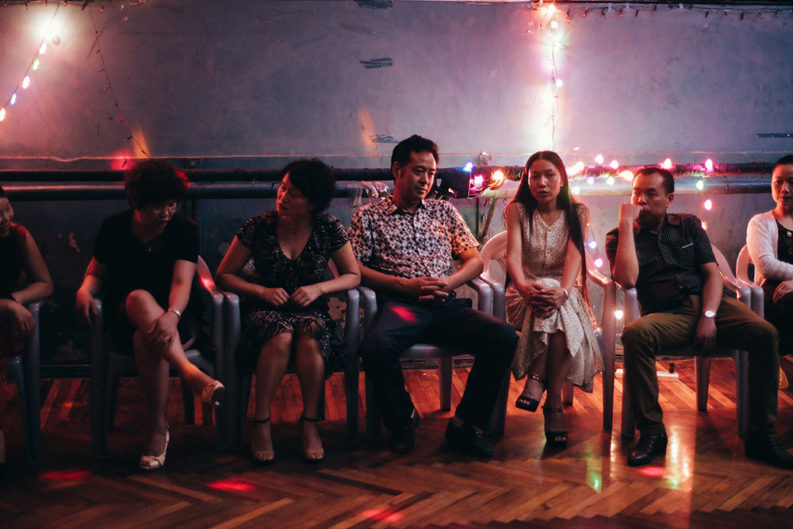 Like most young artists, the 26-year-old Chinese filmmaker Bi Gan wears his influences on his sleeve. Kaili Blues, his award-winning debut feature, clearly takes from two of the 21st century’s most eminent filmmakers: China’s Jia Zhangke (The World, Mountains May Depart) and Thailand’s Apichatpong Weerasethakul (Uncle Boonmee Who Can Recall His Past Lives, Tropical Malady).

Like Jia, Bi is preoccupied with the rapidly changing and often ignored world of rural, working-class China, a place where—as Jia showed in his 2013 film, A Touch of Sin—Maseratis can ride side by side with horse-drawn carts. But Bi is also fascinated with another ignored and unseen world, one of mystery, folk legend, and dream logic; this is where he aligns with Weerasethakul. Like Weerasethakul, Bi is a hypnagogic filmmaker, depicting images that evoke the state between wakefulness and slumber.

Kaili Blues follows Chen Sheng, a doctor and ex-convict from the city of Kaili, who sets out by train, truck, motorbike, and foot to find his nephew, Weiwei, who has been sold to a watchmaker in the city of Zhenyuan. But, as inspirational posters often tell us, it’s the journey, not the destination, that matters most. Chen’s simple quest soon turns into a dreamy confrontation with his past, present, and future.

We see Chen fall asleep, we hear him read poetry (much of it written by Bi Gan himself), we follow him as he journeys not just through space but through his own memory. The centerpiece of his interior journey is a single 41-minute long take that follows Chen from Kaili to Zhenyuan. Along the way, he encounters the spirit of his dead wife and a version of his nephew from the future.

Thanks to digital cameras and editing platforms, exceptionally long takes like this one have become more and more common in the past few years—two notable examples appear in Creed and Birdman. These long, usually digitally enhanced takes often feel like a gimmick. But in Kaili Blues it feels necessary.

Bi’s long take brings us closer to the world of dreams. It’s something that never would have been possible in the era of physical film, where takes were limited to the length of a film magazine, which is around 10 minutes— the film runs out and has to be changed. Digital technology is often described as cold or inhuman. But Kaili Blues shows the promise and potential magic of digital formats.

In physical film, time is necessarily segregated into frames—we experience it as a series of photographs. In digital cinema, time is sectioned off, too, but there’s no real physical reason for it, only an algorithm that denotes a “frame” as a fraction of a second. It’s closer to fantasy than it is to what we see with our eyes. It’s alchemical, not scientific. It’s the product of computed dreams, not a chemical process. The frame isn’t distinct the way it is in films, because it doesn’t truly exist. The sequence of images can’t be split into separate moments, so they all run together, just like Chen’s experience with his past, present, and future during the long take in Kaili Blues.

Kaili Blues isn’t perfect; Bi’s eye for composition is better than his sense of pacing and editing. The film might be too mysterious for its own good. But while Bi Gan’s visions may remind us of ones we’ve seen before, he sleepwalks to his own rhythm. Kaili Blues is like a dream leaking through the cracks of real life; it moves at a pace steeped in chamomile tea, each composition lingering gently on its subjects. It’s a movie that could only be made with digital tools, but its experiment comes close to defining what cinema is—conjuring fantasy through technology.