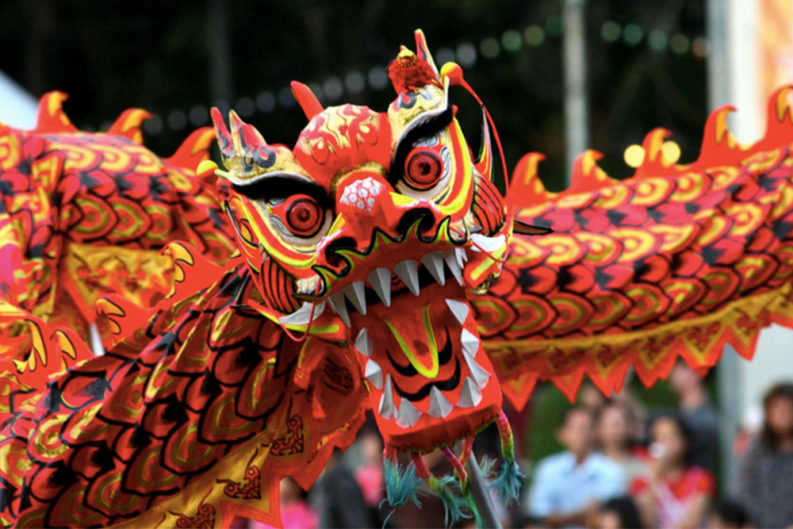 This Sunday is the third annual Asian Festival. And Knoxville history may be more Asian than you think.

Imported Asian goods, from silk fabrics to porcelain, to tea, were much prized in 1800s Knoxville. Scenes of Chinese pagodas appear on pottery fragments found at log-cabin sites from Knoxville’s earliest years.

Knoxville welcomed a small wave of Asian newcomers in the 1880s—surprisingly just after the U.S. Chinese Exclusion Act, intended to prevent Chinese immigration to America. Chinese immigrants were not allowed to become U.S. citizens, but several owned their own businesses in Knoxville.

Many, perhaps most, Asians in Knoxville in the 19th century were Chinese immigrants associated with the hand-laundry business. It was, at the time, a new industry, offering a new service previously tended to at home. Among the first of these was Chung Wo, who arrived around 1885. He ran a laundry for several years on Clinch Avenue near Gay Street, near the Hattie House hotel. A few others followed sometimes in competition with Wo.

After about 1895, Chinese Knoxvillians became rarer. However, despite even more restrictive U.S. policies, Chinese begin to reappear in 1925, when Leong Foo opened a laundry at 205 South Central, near the modern Old City. More followed, and by 1930, in spite of almost half a century of U.S. policy forbidding Chinese immigration, “Chinese Laundries” constituted an entire category listing in the Knoxville City Directory.

One Asian contribution to local culture is especially surprising. In the 1880s, football was an Ivy League invention becoming familiar in major urban areas, but almost unknown in East Tennessee. Japanese student Kin Takahashi had briefly lived in the San Francisco Bay area, where he became enamored of the sport. When he came to Maryville College as a foreign student in 1888, he organized a football team there. Football caught on in Knoxville soon afterward.

The University of Tennessee admitted few foreign students before the 20th century. In 1906, UT enrolled several Filipino students. Since then, UT has graduated thousands of Asian students.

Min Kao, the Taiwanese engineer-inventor who co-founded Garmin, lived in Knoxville for several years in the 1970s when he was working on his masters and doctorate degrees at UT’s College of Engineering. In 2005, he made a multi-million-dollar gift to his alma mater, resulting in the large, state-of-the-art Min Kao Electrical Engineering and Computer Science Building, completed four years ago.

Benjamin Kwok, an immigrant from Canton (better known today as Guangzhou), was a Vanderbilt graduate who arrived in Knoxville in 1934 and opened the Norris Book Exchange on Gay Street. He believed it to be the first Chinese-run American bookstore in the nation. An intellectual who publicly supported the U.S. war effort in 1941, Kwok was a popular speaker on subjects ranging from wartime Asian politics to Chinese cuisine. Until his death in 1951, he wrote articles for local newspapers and poetry that appeared in national Chinese-American magazines.

Several Asian leaders have visited Knoxville. In 1949, Jawaharlal Nehru, prime minister of India, and future prime minister Indira Gandhi, visited Knoxville to learn about the Tennessee Valley Authority. President Ngo Dinh Diem of South Vietnam visited Knoxville for several days in 1957 for the same reason, and stayed in the Farragut Hotel. Among the delegation accompanying him was Tran Van Don, one of the generals who led Diem’s overthrow and assassination in 1963.

Thanks to that fair, Knoxville offers an unusual footnote in Chinese history. Our 1982 World’s Fair was the first big exposition since 1904 in which mainland China participated. The Chinese Pavilion was the fair’s single most popular attraction, sometimes generating lines that were hours long. Chinese author Liu Zongren spent several weeks at the fair and described cultural differences in his book, Two Years in the Melting Pot.

Of course, not all Asians are newcomers. Comedian Henry Cho, of Korean descent, is a Knoxville native and a UT alumnus. Dennis Hwang, a computer artist who was Google’s international webmaster and creator of hundreds of Google’s daily, is also a Knoxville native who graduated from Bearden High.

For more about this weekend’s Asian Festival, see knoxasianfestival.com.

Featured photo: This weekend’s Asian Festival is a creation of modern Asian-Americans in Knoxville, but people from the Far East have been part of Knoxville’s life and culture for more than 130 years. Image courtesy of Knox Asian Festival.