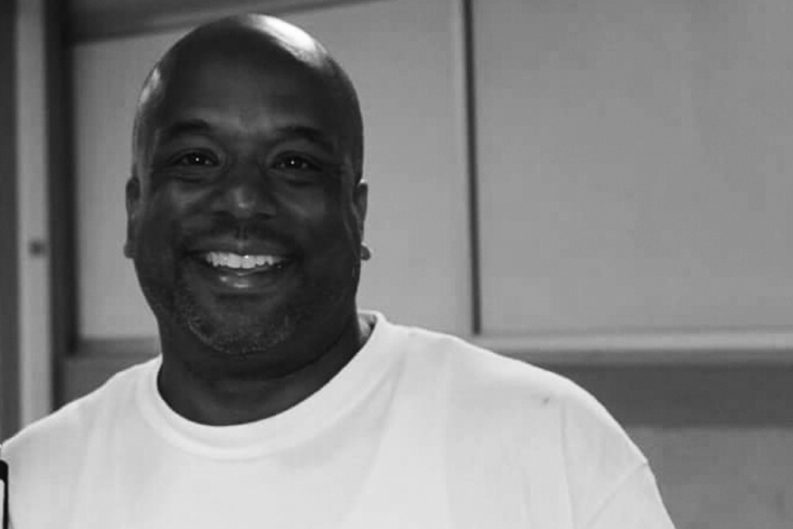 The Democrats’ top pick to replace disqualified-by-felony state Rep. Joe Armstrong is himself in the midst of a legal battle in Knox County courts.

An arrest warrant was issued for Roderick “Rick” Staples in March after he failed to show for court in a case involving more than $8,200 in past-due child support, court records show. The warrant was rescinded in June, when Staples’ court-appointed attorney issued a $3,000 check on his behalf. A new court date was set for Oct. 5.

“I know I missed a court date. I just had the wrong date,” Staples says. “I look forward to serving the 15th District as their state Representative, and one great aside to that is, I’ll have an assistant to help manage my schedule.”

Previously, Staples had faced the possibility of being held in contempt of court for not making child support payments in September 2015 as ordered by a judge. In response, Staples filed an affidavit of indigency, a legal document informing the court he lacked the funds to make such payments or cover legal costs. He reported an income of $400 a month, noting his employer as Castles of Choice Realty. His listed monthly expenses were more than double his income. As a state legislator he would make $20,884 annually, or about $1,740 a month, with a per diem of up to $204 each legislative day (there are at most 90 legislative days per two-year session, capping annually compensation at a maximum of $30,064).

The Knox County Democratic Party last week selected Staples to replace Armstrong on the November ballot. Armstrong represented District 15 in Tennessee’s House of Representatives for 28 years but was barred from holding state office after he was convicted of a felony for filing a false tax return earlier this month. District 15 covers portions of East Knoxville, downtown, and South Knoxville.

There is no Republican candidate running for the House seat in District 15, making Staples a likely shoo-in for the position. He faces only independent challenger Pete Drew.

Staples lost a primary bid for a shot at a seat on Knox County Commission representing District 1 in March. He fell short by 197 votes to fellow Democrat Evelyn Gill.

Knox County Democratic Party Chairman Cameron Brooks says he was aware of Staples’ ongoing child-support case. He says he thinks everyone on the 15-person committee considering the House nomination was also aware, though it wasn’t discussed openly during a meeting and vote on his appointment on Thursday, Aug. 18. Staples beat out two other top contenders for the nomination, including Knoxville City Councilman Daniel Brown and LeTonia Armstrong, who is Joe Armstrong’s wife.

“We’re standing behind him as a party and we’re looking forward to the November election and to seeing him elected to the Legislature,” Brooks says.

Staples expects the court case to be resolved next year when his estranged son—whom we’re not naming because he’s a minor—turns 18 and graduates from high school.

“You never stop supporting your kids, first of all,” Staples says. “I won’t have anything mandated from that court case once it’s closed, but he’ll have college expenses.”

Staples is known for his community service work here in Knoxville, particularly his involvement with 100 Black Men of Knoxville, a nonprofit organization focused on helping minority youth “reach their full potential.” Some young adults in those programs come from single-parent homes.

That’s why Staples’ former partner, Shondre Clemons, who is now petitioning for child support, says she finds it odd that he’s not making it a priority to be a part of his son’s life. She says that their son, who lives with her in Kennesaw, Ga., takes part in a similar mentoring program through the Kappa Alpha Psi fraternity that teaches life skills and preparation for college.

“That’s what I don’t get. He’s so active in the community with other people’s children, and he hasn’t even sent a card in the mail saying happy birthday to his own son,” she says.

But Staples maintains that family is a priority for him, saying on Monday that he thought this was political mudslinging aimed at taking the focus off the real issues facing District 15.

“This is just one of those deals to try to detract from everything going on economically and how the district has remained poor for the past 26 years,” he says. “I’m not afraid to get dirty because I know what I’m focused on, and that’s the community, bringing the district back to where it should be: economically sound.”

This court case was first reported by the media in 2013, when Staples agreed to take a paternity test to see if the young man was his biological son. He and Clemons had the child in 1999, when they were both living in Montgomery, Ala. Staples returned to Tennessee a short time later after their relationship ended.

He lost touch with his son after Clemons moved and later married, relocating to metro Atlanta. Staples said in a statement in 2013 that he had tried to keep in touch but correspondence and checks were returned after Clemons moved. He says he didn’t hear from either of them for 14 years, until 2013, when he was served legal papers seeking child support.

“It appears the mother of the child has recently divorced and she is, for the first time ever, seeking support for the child from me,” Staples said in a statement in 2013.

Clemons says it was their son’s idea to seek back child support. To date, she says he hasn’t made regular payments, which total $350 monthly (including $61 for back payments). She received $3,000 in June—part of the requirements to have an arrest warrant set aside, court records show. She also says she got $1,400 from Staples in 2015.