The Birdhouse Celebrates its 10th Anniversary, But It's Been a Community Hub Much Longer - The Knoxville Mercury 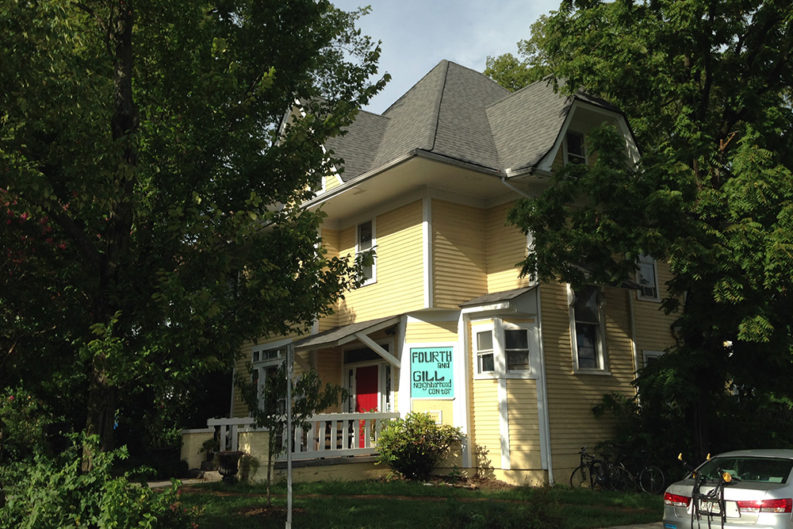 The Birdhouse is a two-story Victorian house at the corner of Fourth Avenue and Gill Street with an art gallery, meeting rooms, kitchen, library, studio spaces, the office of a nonprofit organization, a hip-hop recording studio, and a community radio station inside. Its stated mission is “to provide a community-operated and -organized venue in the interest of fortification and preservation of community space.” Caitlin Myers, the maintenance director of the Birdhouse, says that mission stems from “a commitment to anti-racism, anti-sexism, anti-homophobia, anti-classism and [to] stand with the collective struggles of oppressed people.”

A progressive community center has occupied the building since the 1970s. It has seen ups and downs over the years, nearly going defunct in the early 2000s before a group of artists and musicians revived it as the Birdhouse. On Aug. 27, the Birdhouse will celebrate its 10-year anniversary with Birdhousearoo, a day of children’s activities, food, an exhibition of Birdhouse history, and performances by five acts—Headface and the Congenitals, Black Atticus, Rather Unique, Beige Blood, Maspeth, and Sally Buice—ranging from solo acoustic artists to rock ’n’ roll and hip-hop. Festivities are from 3 p.m. until midnight. A $5 donation is suggested.

In 2006, five friends founded the Birdhouse as an artists’ space. At the time, the 130-year-old-house had fallen into disrepair and was little used by the community. Two artists, Holly Briggs and Katie Ries, took an interest in the building, and decided to rent art space upstairs and recruit other artists, dancers and musicians to foster a community around art, music, and activism.

“I chuckle at how young we were, and how we powered our way though our ever-changing vision of the collective,” says Briggs. “I am proud of the work we did during those years, and that we were able to create something that has grown beyond us. Once we passed the torch, it became a new and different vision. I love the momentum it has sustained.”

Over the past 10 years, the Birdhouse’s focus has shifted toward progressive political action. The Birdhouse formed ties to the Highlander Research and Education Center, the social justice leadership school that trained Rosa Parks. The Good Guy Collective, a hip-hop program promoting social change, and the nonprofit Peace Brigade rent space upstairs. Comite Popular, an immigrants’ rights group, Black and Pink, a group that supports LGBT prisoners, and Black Lives Matter are among the organizations that hold meetings and forums there.

Now, though the work of volunteers and funding from grants and donations, the building is in the best shape it’s been in in years, with a new roof, a new bathroom, a new kitchen, and new flooring. A series of renovations and repairs that began in 2006 has steadily continued. The Birdhouse board is applying for a grant to remodel the front of the building. During a 1980s “remuddle,” the original deep wraparound porch was replaced by a smaller concrete stoop. The grant would restore the porch to the generously proportioned historic state it was in when the community first gathered together in its shade.