Emancipation Week: the Backstory of the Eighth of August - The Knoxville Mercury 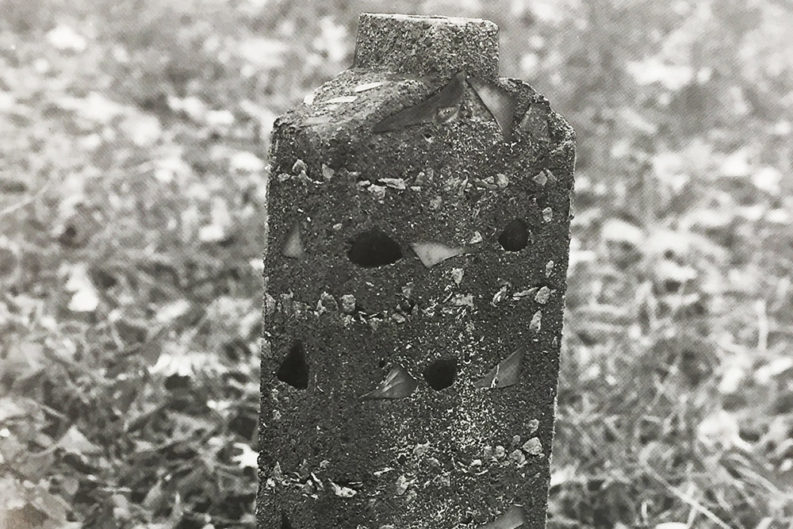 This weekend, Knoxville celebrates Emancipation Day. Traditionally observed on August 8, it is recently celebrated on the second Saturday in August. This year, the holiday arrives as a week of events related to black culture.

There are still mysteries about its origins, but Aug. 8 is believed to be the day Andrew Johnson freed his slaves. Johnson, most famous as the 17th president of the United States, lived in Greeneville, Tenn.

His role in ending slavery is complicated. Many East Tennesseans opposed the Confederacy, but many of those Unionists did not yet oppose slavery. In fact, some Tennessee Unionists owned slaves, and among them was Andrew Johnson.

He was nonetheless a fierce Unionist. At an 1861 pro-Union rally on Gay Street in Knoxville, someone fired a shot at Johnson, in an apparent assassination attempt.

Johnson worked to exempt his home state from the provisions of Lincoln’s Emancipation Proclamation, on that grounds that Tennessee was already part of the Union. However, he became more anti-slavery as the war progressed.

According to tradition often cited in the early 20th century, the date Johnson freed his slaves was Aug. 8, 1862, before the Emancipation Proclamation. However, scholars today cite 1863 as the more likely year.

Johnson was military governor of Tennessee when he signed the documents freeing all the state’s slaves in October, 1864. More than a year later, Johnson was president in December, 1865, when Congress passed the 13th Amendment, formally ending slavery in all states. After that, Johnson resisted further civil-rights legislation.

Soon after the end of the war, Aug. 8 was being celebrated as Emancipation Day in Greeneville. It was a holiday for blacks, with picnics and speeches. In 1871, former Johnson slave Sam Johnson promoted the observance, and former President Johnson himself attended.

For years, Knoxville blacks boarded trains for the annual festivities in Greeneville. By the early 1900s, it was a major holiday in Knoxville, often an occasion for baseball and softball games, dances, and boxing matches, most often at Chilhowee Park. At least once, Emancipation Day witnessed an all-black automobile race. Held in 1929 at the Knoxville Motor Speedway, the race was won by Grant Haynes, driving a Chevrolet Special.

Once, in 1931, a Knoxville judge freed 13 blacks arrested for dancing and singing in the streets late at night, citing the upcoming Emancipation Day holiday.

Some of Johnson’s former slaves settled in Knoxville, notably William Andrew Johnson, who for a time was hotel doorman at the then-new Andrew Johnson Hotel. He disliked the job, and later became a pastry chef at Weaver’s Cafe on Union Avenue.

A new event this year is an Illumination Tribute, a candle lighting at the historic black Odd Fellows Cemetery on Bethel Avenue. Founded around 1880, the graveyard is one of Knoxville’s oldest black cemeteries. Among its 6,000 graves are those of many former slaves, notably Cal Johnson, who was born a slave but became a prosperous businessman and served two terms as a city alderman in the 1880s. The ceremony will feature the new walkways, a collaborative effort between the University of Tennessee’s College of Architecture and Design and the Knoxville ReAnimation Coalition. The ceremony commences Friday, Aug. 12, at 7:30 p.m., and will include spiritual singing, a reading of names, and the lighting of hundreds of candles in the graveyard.

The following day, Saturday, Aug. 13, Jubilee in the Park will be more of a party in the tradition of the scores of Emancipation Day holidays celebrated at Chilhowee Park over the years, with live entertainment. For more details, see beckcenter.net.

Featured Photo: Setting for this Friday’s Illumination Tribute, Odd Fellows Cemetery in East Knoxville hosts more than 6,000 graves, spanning more than a century since the 1880s. Many of them are professionally carved, like that of businessman-philanthropist Cal Johnson, but some are imaginatively homemade, like this one made from concrete and broken bits of colored glass. The age of the grave, as well as the identity of the person memorialized, is unknown. Photo by Aaron Jay, from The Marble City (UT Press, 1999) by Jack Neely and Aaron Jay.