The Shove Heard ’Round District 18 - The Knoxville Mercury 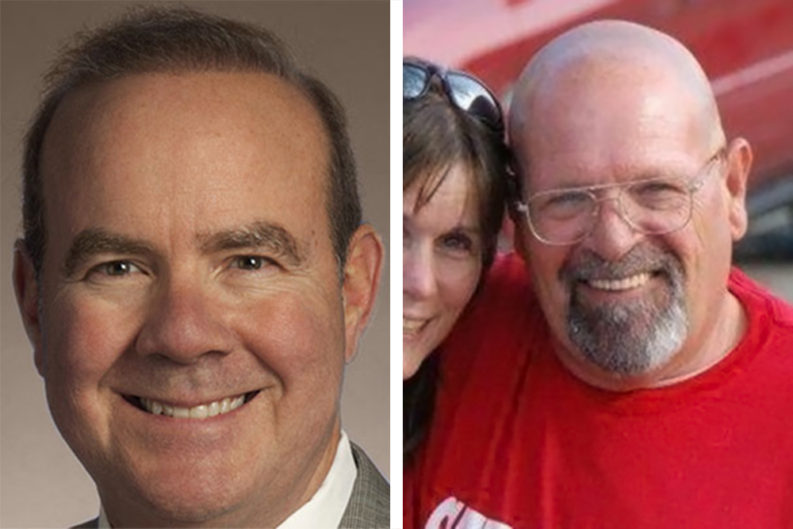 When former Knoxville Mayor Victor Ashe was a young incumbent state senator making a run for a second term in 1976, he said he was pushed by his opponent, Carl Warner, during a press conference.

“He came up and shoved me,” Ashe says. “It was videoed. I just laughed it off.”

Ashe, who was ambassador to Poland following his mayorship and is now a political commentator, said Warner, now deceased, “later acknowledged he was trying to get some media attention.”

He believes former Knoxville City Councilmember and state representative Steve Hall should have also turned the other cheek following an altercation between him and incumbent state Rep. Martin Daniel that was broadcast live on the Hallerin Hilton Hill Show on WOKI-FM on July 21. Multiple witnesses contend Daniel shoved hall after his opponent called him a liar during the live political forum. Hall filed a police report and complaint that led to a court summons for Daniel, who is set to be booked in General Sessions court Aug. 10 and will have a trial date set to answer the assault complaint, according to the Knox County Sheriff’s Office.

It was the latest twist in what has turned out to be a tense Aug. 4 primary for the GOP 18th District seat; Daniel beat Hall, a two-term representative, by a mere 165 votes in the 2014 primary.

And it has breathed additional life into the campaigns of dark-horse candidates James Corcoran and Bryan Dodson.

“Steve [Hall] would have had this thing running away,” says Dodson, a GOP political consultant who has spent less than $1,500 on the primary race. “But because they both lost their cool,” he says, the race has been “affected dramatically.”

As for Corcoran, the incident could have propelled him to victory, Ashe says, “if Corcoran had any money and was more politically savvy.”

But Corcoran—who believes Daniel will merely be given a judicial diversion of some sort—says he has seen a 600 percent uptick in hits on his campaign website and Facebook page since the altercation.

“I think it will affect both of them,” Corcoran says, citing “huge numbers of people saying they couldn’t vote for either of those gentlemen.”

“I was surprised no one could hold their emotions in until the people of West Knoxville weren’t listening on the air,” he adds.

Daniel referred questions this week about the incident to his attorney, Greg Isaacs, who didn’t immediately respond to requests for comment.

Daniel, 59, admitted in a statement immediately following the incident that he reacted “strongly” to Hall, 60, following a heated exchange on the show—but stopped short of saying he was the actual shover. Hall, Hill, and others—also listed in the police complaint—said live on air that Daniel shoved Hall in the chest as he rose from his chair after Daniel threw off his headphones, advanced toward Hall, and “hovered” over him.

“The show, as many friends who were listening confirmed, became incredibly tense,” Daniel wrote in his press release. “In the midst of this, I tried to respond to my opponent’s criticism and the argument escalated. As many of you heard, what ensued could only be described as chaos. Mr. Hall began to rise from his seat, and, fearing confrontation, I created distance between myself and my opponent, at which point our host and staff intervened in the situation.”

Hall says Daniel—whom Hall says he feared was “about to go berserk”—left him a voicemail later that evening “and expressed an apology.”

“Part of me really thinks he has a problem with anger management,” Hall says of Daniel, who became irate after Hall challenged his assertion that he was “the only businessman” in the race.

“I called him a liar,” says Hall, who operated Interior Finishing Corporation for nearly two decades. Daniel is a nonpracticing attorney who owns Elevation Outdoor Advertising.

Hall says this week that Daniel’s statement soft-pedaled the incident, and that reinforced his desire to file charges.

“He tried to make me the aggressor, like he was in fear of me hitting him,” Hall says. “He has a problem with the truth.” Daniel rebuffed Hall’s call for him to abandon his campaign.

During his political career, Hall says, he has attended numerous events during which “people talk about mamas, sisters, wives, and nobody ever came to blows.

“This thing could’ve really escalated into something,” had producer Chris Marion, listed as a witness on the police report, not intervened, says Hall, who likely won’t drop the charges even if he wins.

“I think there needs to be a lesson taught there that sometimes saying ‘I’m sorry’ is not good enough,” Hall says.

He says the main beneficiaries of the dust-up are Dodson and Corcoran.

“They’ve gotten a lot of attention they wouldn’t have gotten,” Hall says. “I actually think it’s hurt both of us. I wish it hadn’t happened.”

Corcoran demurred when asked whether he would have filed charges, but notes the “shove” was more violent than described. Still, he says he was “surprised” Hall filed the assault complaint.

Dodson says he, too, has received a bump in support following what he described as the “Thrilla on Hallerin Hilton Hilla.”

Dodson, who was animated and upbeat about his upset chances during an interview this week, likens the two men’s actions to Arkansas quarterback Clint Stoerner’s inexplicable late-game fumble in 1998 that allowed the Tennessee Volunteers football team to escape with a win en route to an eventual national championship.

Asked if he would have filed charges, Dodson says: “Absolutely not.”

“Resentment,” Dodson says, “only hurts the person who holds it.”