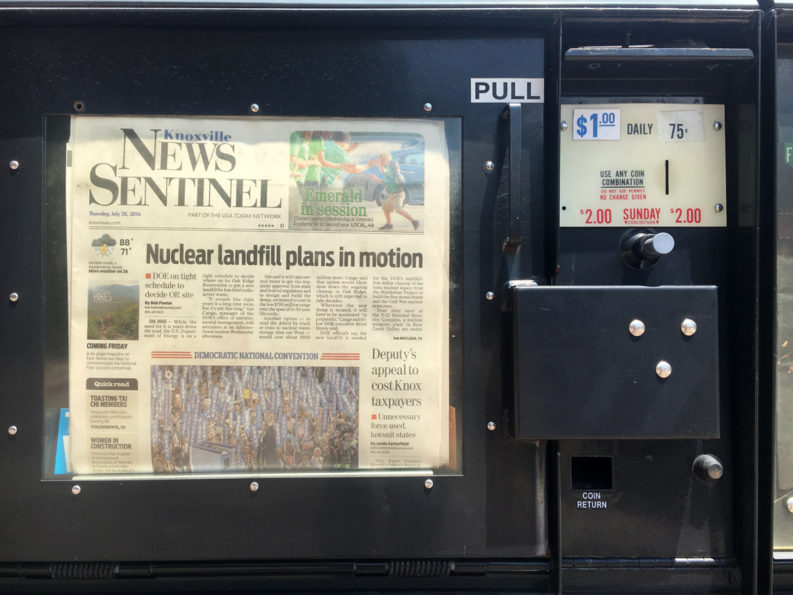 The News Sentinel is catching backlash from some readers and conservative commentators after apparently canning a classified ad because it contained the word ‘Christian.’

Lois McGinnis, the owner of Cedar Springs Christian Store, called up KNS after her the classified ad she paid for announcing the store’s closing failed to appear in the July 28 edition of the News Sentinel. McGinnis told Fox News that a KNS sales representative said the ad didn’t run because… well:

A post on the Christian store’s Facebook page asking, in all caps, “DO YOU FIND THE WORD “CHRISTIAN” OFFENSIVE?” goes on to explain KNS’ refusal to run their ad. It has been share more than 1,600 times and garnered more than 700 comments. Dozens of commenters also left hate mail on KNS’ Facebook page, many accompanied with a dreaded 1-star rating for the business.

In response, KNS posted to Facebook clarifying that it was not, in fact, anti-Christian, blaming the issue on a system error.

“We apologize for any misunderstanding about the News Sentinel stance on Christianity,” the post reads. “We had a system failure, which resulted in a classified ad for Cedar Springs Christian Stores getting hung up in our front end system. We corrected the technology issue in our system and the ad is now running for an extended period at no extra charge.”

Still, some folks are less than convinced, at least if Facebook likes, shares, and posts are any indication.

“Not so sure I believe this apology or not,” wrote Rob Huddeston. “The KNS has become so liberal and anti-Christian in the past several years that the ‘error’ really fit in with the product.”