Sing Out! Some Surprising Performances From UT's Mid-'60s Choral Contest - The Knoxville Mercury 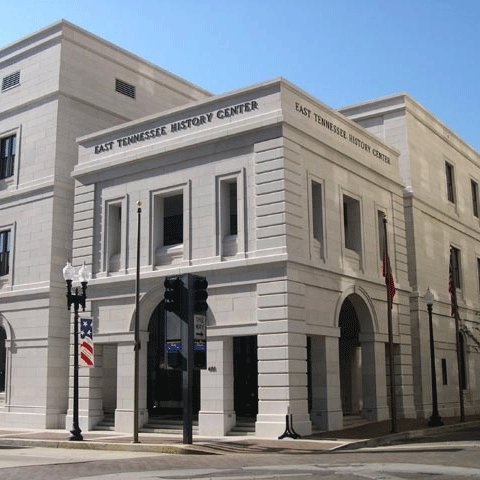 I am often amazed at the coincidences, synchronicities, and plain luck that happen around here at the Tennessee Archive of Moving Image and Sound. This is a minor instance, maybe, but it was still unusual when, a few days after we acquired a 1966 private-press record made in the garage studio of Loran Baker, our friend Paul West brought us a Loran Baker recording made around the same time.

Paul’s always on the lookout for unique and unusual recordings; this one is a 10-inch record documenting the Phi Sigma Alpha men’s choral group competing at the University of Tennessee’s All Sing in 1966, 1967, and 1968. It’s not the most exciting record, but it offers an intriguing look at tastes in popular music on college campuses in the mid 1960s. Two of the six selections in particular piqued my interest.

“Ald-Di-La,” was Italy’s entry in the 1961 Eurovision Song Contest. It’s a fairly mild-mannered romantic ballad that was recorded numerous times in the early ’60s. Emilio Pericoli reached number six on the Billboard pop charts with his version, which was featured in the Troy Donahue film Rome Adventure. “Sunrise and Sunset” is from the musical Fiddler on the Roof; it appeared on the 1964 original Broadway cast recording, which was a surprise multi-platinum hit. Ed Ames’ “My Cup Runneth Over” held the top spot on Billboard’s adult-contemporary chart throughout February 1967. “You Were on My Mind,” written in 1962 by Sylvia Tyson, of Ian and Sylvia, made it onto the easy-listening charts thanks to one-hit wonders We Five. Those four songs are exactly the kind of middlebrow fare one might expect from any glee club-type men’s singing group at the time. It’s a kind of contemporary parlor music.

Two songs stick out, though: “Greenback Dollar” and “Bald Headed Woman.” Well, they don’t seem to belong at first, until you remember how wide-reaching the folk revival was in the 1960s.

Surely the Kappas took their version of “Greenback Dollar” from the Kingston Trio’s 1962 album New Frontiers. The Trio, of course, was one of the most popular acts in 1960s folk, giving a pop feel to traditional songs and pleasing large audiences with their smooth harmonies. The Kappas’ version sounds remarkably like the Trio’s, which—as their enthusiastic response suggests—was well known to the audience.

As amusing as it is to hear these clean-cut guys robustly declare “Some people say I’m a no ’count” in “Greenback Dollar,” however, the group’s performance of “Bald Headed Woman’ is the true cultural curiosity. When I saw it in the track listing, following “Al-Di-La,” I didn’t initially believe it could be the blues song of the same name. The first recording of the song was made by Alan Lomax at the Mississippi State Penitentiary in 1948, though then it was called “Black Gal” or “I Don’t Want No Jet Black Woman.” The lyrics are sung/hollered by a leader and answered by a group, with axes striking wood as the only rhythmic accompaniment.

Earlier instances of the song show up in written accounts, the lyrics cataloging the evil of black women. Odetta changed the title to “Bald Headed Woman” for a 1959 recording, but she may have heard that variation from somewhere else. It’s possible the Kappas heard Odetta’s song, but more likely they were working from the more popular Harry Belafonte version, from Swing Dat Hammer, his Grammy-winning 1960 collection of chain-gang songs. The Kappas imitate the chopping rhythm by clapping, and the leader is clearly imitating a bass-baritone black vocal style, reminiscent of Paul Robeson.

The charts at the time were littered with white folkies performing black spirituals and blues, and many British and American rock bands were basing their entire repertoire on appropriations of blues. The Who and the Kinks both had versions of “Bald Headed Woman.”  This kind of pop music cultural appropriation has been pointed out and commented on endlessly since it started happening but is now so ingrained in our culture that perhaps some of us no longer reflect on it as much as we should.

This record can be a reminder of what a complicated subject this remains. At this point, it’s conventional wisdom that American folk and popular music is as amazing and rich and indestructible as it is because differing communities cross-pollinated, giving and taking from one another, though to be sure that give and take was not equitable. Be of some cheer that the Kappas did not win the All Sing contest. That honor went to Phi Gamma Delta. There’s a picture in the News Sentinel of a young Chris Whittle holding the Deltas’ trophy. I don’t know what they sang, but maybe there’s a record of it somewhere out there. υ

Inside the Vault searches the TAMIS archives for nuggets of lost Knoxville music history.