Life Aboard the Shantyboat Dotty - The Knoxville Mercury 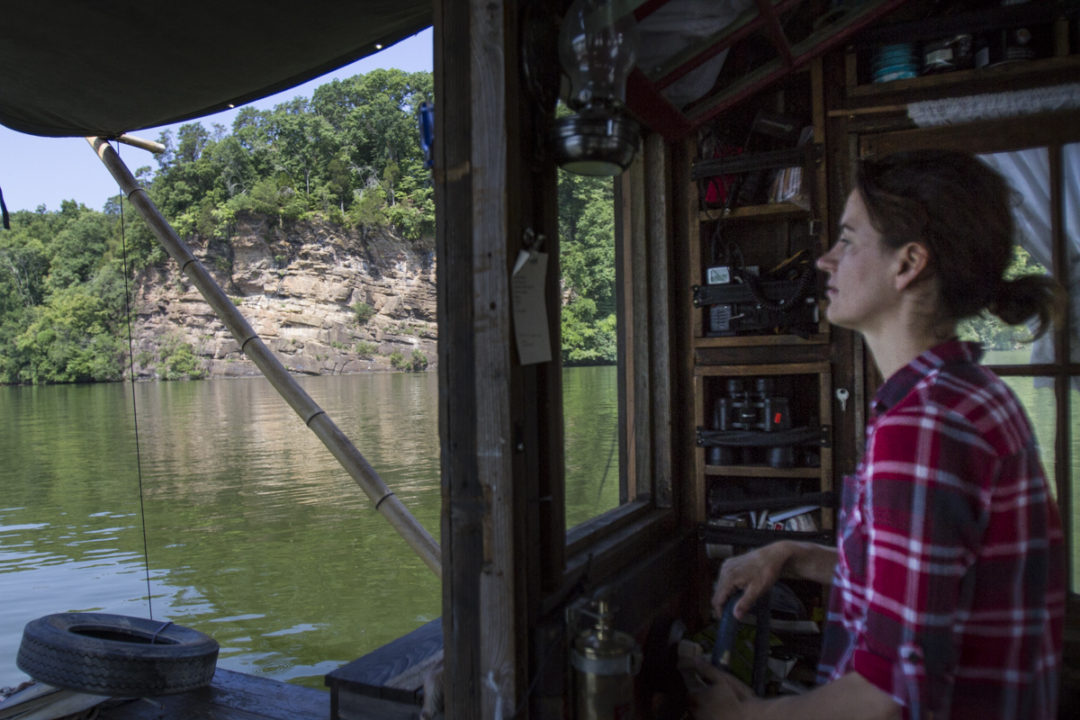 Over the next few months, Captain Wes “Pancakes” Modes and a revolving cast of shipmates are going to pilot a ramshackle boat down the Tennessee River in search of history. They’re seeking out stories about people and towns tied to the river, of the forgotten families who once lived in not‐dissimilar homemade river boats and eked out a living on the Tennessee. The tales of these folks and others, now mostly a relic of Americana folklore, are the types of “secret histories” Modes hopes to capture in interviews, videos, Instagrams, and artists’ renderings. Clay Duda joins the California artist for a few days on his journey down the river.