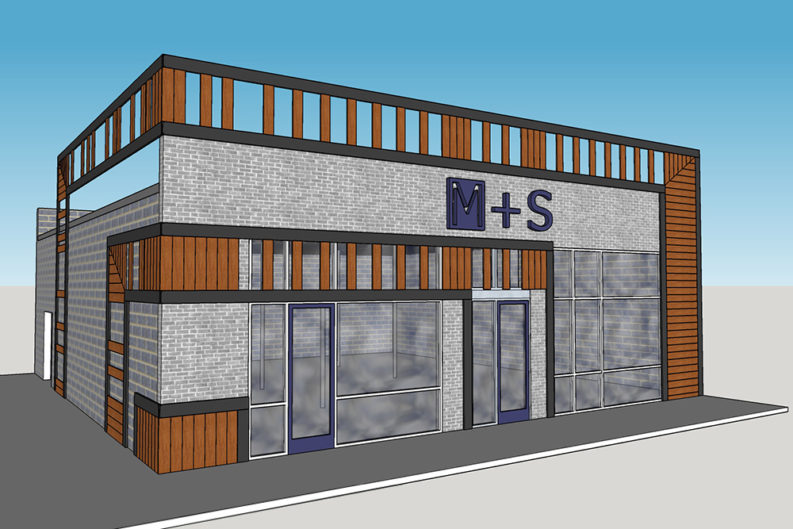 Burke Brewer and Victor Agreda Jr. have a dream. And that dream involves sewing, multimedia production, and live drama—all living in harmony at a currently ramshackle building in Happy Holler that once housed a dry cleaners.

Fortunately, the former Colonial Cleaners at 109 West Anderson Ave. is being rehabbed by real estate agents/developers Fox and Fogarty, so this is less a case of folie à deux and more one of big visions. In October, the creative partners aim to launch Modern Studio, a “co-working” space not unlike the nearby Central Collective or the Hive. But in this instance it will be intended for some of Knoxville’s most underserved makers: thespians and seamstresses. (Plus acoustic musicians and video streamers. And a retail shop for artists.) To do this, they are seeking to raise $75,000 through crowdfunding, including a silent auction on Tuesday, July 26, at Sugar Mama’s (135 S. Gay St.) from 6-10 p.m.

The sewing and video-making elements are simple to explain: Brewer owns Modern Seamstress and makes custom clothing; Agreda owns Superpixel Studios, a small video-production house—and they were both looking for office space at the same time. Also being partners in life, they decided to go in on a building together. From there, the concept grew—especially when they talked about it with Carolyn Corley, longtime local actress and founder of the Knoxville Performing Arts Exchange, a new collective for local theater troupes—it, too, was looking for performance space. Thus, a new sewing-theater-digital media synthesis was formed.

“What we’re trying to do is really solve a problem that’s not just endemic to Knoxville—it’s a problem all over the country: Performing arts spaces are difficult to maintain financially,” Agreda says. “There’s a ton of distractions, so the community has a hard time supporting it financially—we’re pulled in so many directions for our entertainment dollars. So our thinking was, don’t just make it open four nights a week, because that’s where everyone loses their shirts. Make it a multi-use facility and use it 80 percent of the time. And that’s where the initial concept of this mixed-use space came from—that and my childhood. I grew up in a school with a cafegymatorium.”

Beyond the incomes generated by their respective businesses, Agreda and Brewer hope to generate revenue through renting out the venue to private events in addition to performances by KPAX, which should begin its initial season in March of 2017. They also want to open a retail arm early next year, featuring handmade products by local artisans. 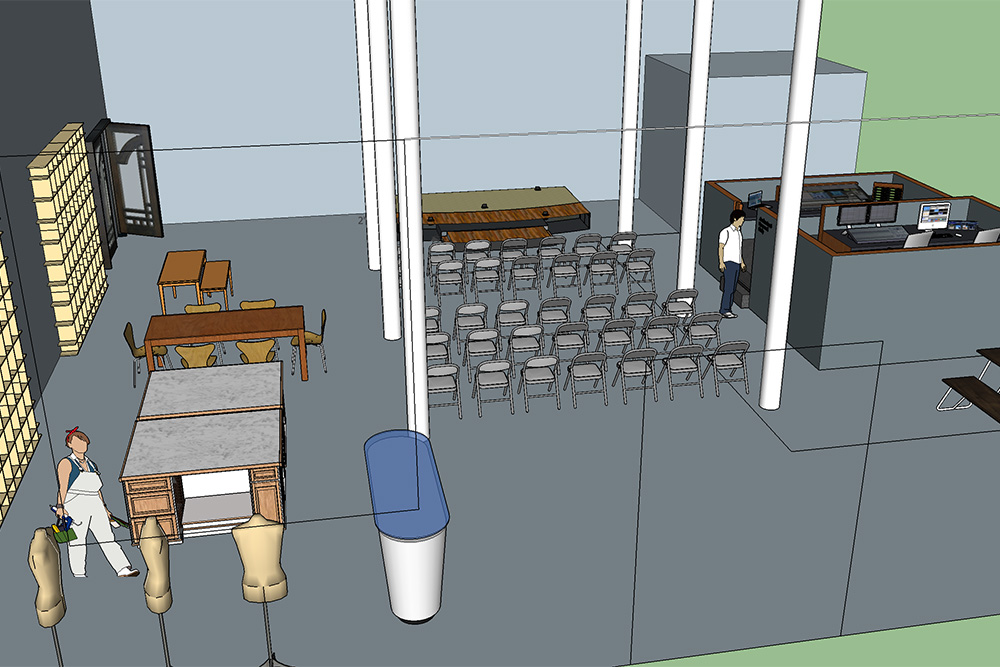 Of course, before any of that can happen, much construction needs to be done. Agreda says they intend to keep the 2,200-square-foot space open and airy rather than being subdivided via walls—the performance area will be in the middle, sandwiched between the two businesses. A large chunk of the $75,000 they hope to raise will go toward building the stage itself.

“So that’s a huge amount of money, especially for crowdfunding, or really for any funding,” Agreda says. “$25,000 of that is for stage build-out, based on some construction estimates we got from people who’ve actually built stages before. That includes sound, lighting, stuff that would support a play.”

However, their initial foray into crowdfunding, a campaign at Indiegogo, is at just 9 percent of its goal at press time (Tuesday), with $6,833 raised from 55 backers with four days to go. This has resulted in some tweaks to their plans, Agreda says, including widening the concept to include more “maker space” for other artists rather beyond just Modern Seamstress and Superpixel Studios.

The Modern Studio Fundraiser Extravaganza on Tuesday will also serve as an informational meeting for anyone interesting in learning more about this unique vision for Knoxville’s creative community.