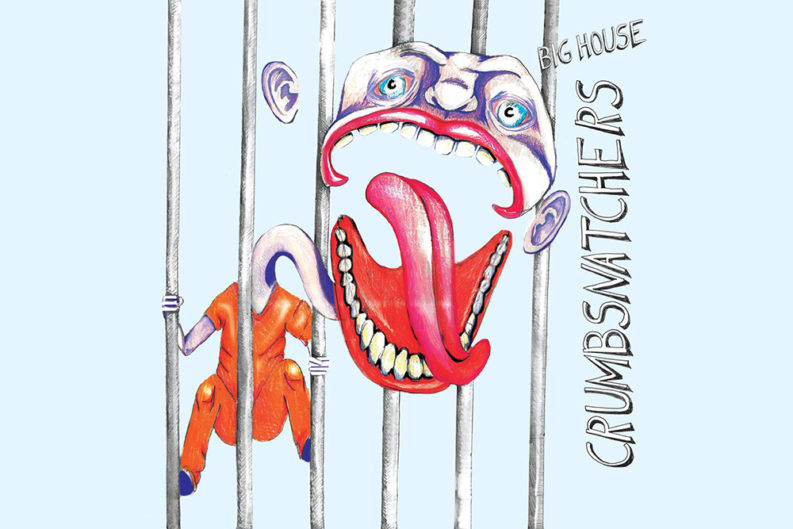 The CrumbSnatchers
Big House
On its long-delayed and much anticipated debut album, Knoxville’s premier indie/punk/art pop party band shows that it takes more than a lot of energy and a goofy sense of humor to establish a reputation for unbridled, reckless, full-throttle fun. Big House showcases the band in all its frenzied, multidimensional glory, with bursts of furious hardcore aggression, dense instrumental workouts, passages of laid-back cocktail rock and Zappa-esque fusion jams, and plenty of sunny summertime sing-along pop choruses. (There’s even an acoustic love song, though the CrumbSnatchers, in typically unpredictable fashion, don’t play it by the book.)

It would be misleading, though, to suggest that the band takes all those divergent influences and sews them together into a seamless whole on Big House. For all the smarts and hard work that are evident here, it’s the CrumbSnatchers’ sheer exuberance that really wins out—it’s the band’s defining characteristic. Big House doesn’t so much sound like a bunch of disparate source material thrown into a blender and mixed up together; it actually sounds like a blender, on high speed, maybe with a knife and fork jammed in there.

Rangy frontman Sam “Guetts” Guetterman has one of the most convincing impassioned howls in local rock, used to full effect on the punchy punk detonations “Damage” and “A Short Leash.” But he’s got more than just a heroic yawp, even if he doesn’t have conventional singing chops. His rough-edged keening on “Queen of My World,” the acoustic love song mentioned above, lends the performance an intimacy and vulnerability and elevates the song above sentimentality. And on the album’s scattered pop anthems, like “Declaration” and “Swimming Upstream,” it’s hard to imagine anyone else singing those hooks as effectively as Guetterman does.

Meanwhile, guitarist Philip Mosteller, drummer Rylan Bledsoe, and bassist Sam Burchfield operate almost telepathically—the trio’s parts wind around, underneath, and over each other, never lining up exactly but always heading in the same direction. It’s a technique that requires control but suggests chaos.

For all its visceral joy, though, Big House is bittersweet. Burchfield abruptly left the band this winter, after recording was finished. Since then, local jam-band journeyman J. Niles Haury has filled in on bass, ably. But there’s a chance that Big House is already a relic; the album’s spirited and distinctive sound is so clearly the product of a particular chemistry that it’s hard to imagine a different lineup replicating it.