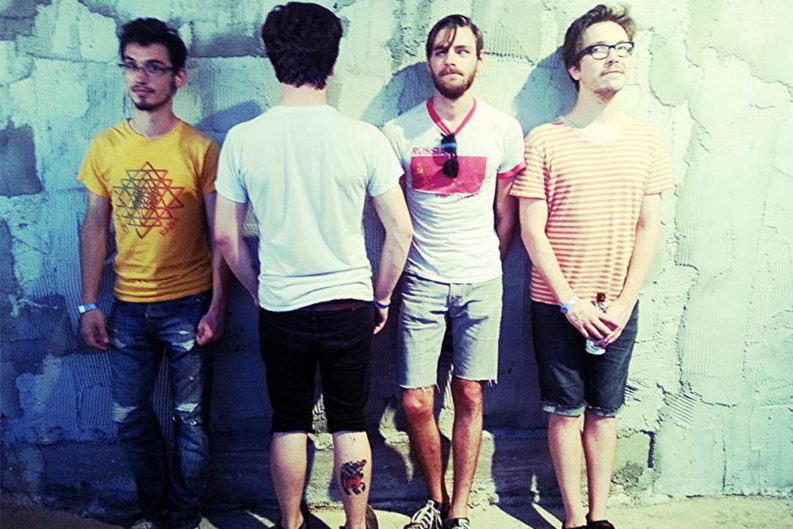 Knoxville surf rock champions the Mutations were last heard from in April 2015, when the band members suddenly announced that their next show would be their last before going on an extended hiatus. The bad news had a silver lining in the accompanying pay-what-you-like release of the band’s first full-length album, High Tide, but that somehow made it more bittersweet; anyone whose summer playlists were littered with “Lucy and This Guy With Dimebags” or the majestic double entendres of “The Swell” felt the loss all the deeper as the weather got hotter.

If the songs sound funny, it’s because they absolutely are—the four-piece’s wit had been on full display since the EP You Talk Too Much in 2012. But what made the band a real treasure was its skill in running surf rock’s broad gamut, from the woozy instrumental “Island Home” to the girl-group indebted “I Wonder What It’s Like.” (The group’s skill with vocal harmonies made the Mutations a highlight of recent Pilot Light Halloween shows, beginning with their 2012 set as the Beach Boys.) And as deep as the pastiche runs, the Mutations were never anything less than sincere in their ransacking.

The good news, then: This summer has been sufficiently sunny to rouse the Mutations—guitarists Harold Heffner and Tommy Goss, bassist Joel Thompson, and drummer Scott Kapuscinski—from their year-plus nap. The group will return to Pilot Light on Tuesday, July 19, rounding out a warm-weather showcase of San Francisco-based Sonny and the Sunsets’ loose garage rock and the bedroom pop of Fred Thomas, best known for his work in the Michigan indie band Saturday Looks Good to Me.

Heffner says the band members plans to resume playing regularly afterward—for themselves as much as anyone else.

“I’m just excited to be hanging out with these guys again,” says Heffner, who’s spent the meantime playing rougher throwback rock with Psychic Baos and Roach Eaters. “We’ve all been busy with family and job stuff and Joel has been in Memphis, so it feels good to just get back in the swing of it. Feels like it was longer than a year since we’ve done it.”