'The Secret Life of Pets' Is Just Okay, Whatever Standard You Use - The Knoxville Mercury 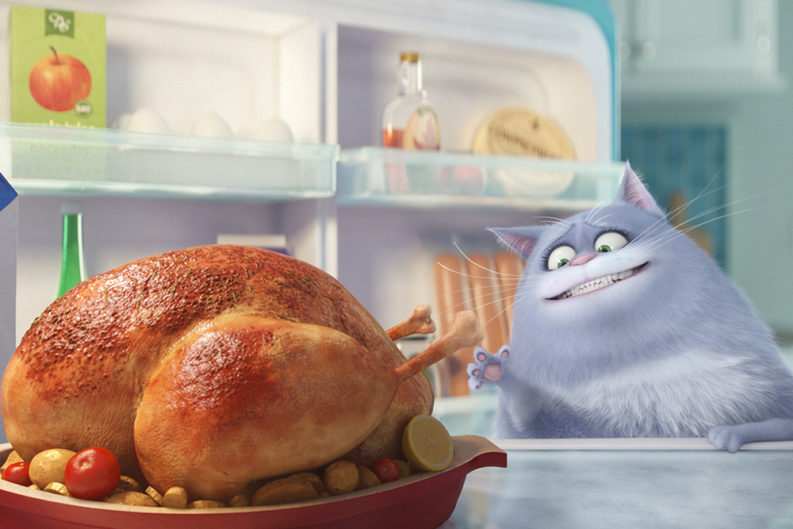 I may be young, but I’m too old to claim membership at the children’s table anymore. So I tend to be apprehensive about reviewing kids’ movies. As an ex-child, I have some familiarity with what children like, but my recollections of juvenile taste are fairly faint now—and besides, I was the kind of kid who woke up at 6 a.m. every Saturday for reruns of the Westminster dog show, not cartoons. So I’m approaching The Secret Life of Pets with caution and careful consideration.

I like to be entertained, but I also like let my brain break things open. The Secret Life of Pets, however, is built to resist unpacking. It’s not superficial, but as an animated movie, it is inherently preoccupied with its own surface. That’s not to say that children’s movies can’t be emotionally resonant or thematically potent; most of Pixar’s films and Disney’s Zootopia, the season’s other animated animal entry, provide strong counterarguments to that idea. It’s just that The Secret Life of Pets doesn’t seem to aspire to be like those movies.

The title of The Secret Life of Pets provides a better plot summary than I could ever whip up. As others have noted, it’s Toy Story with animals, a glimpse into what our pets presumably do when we are not around. Max (Louis C.K.), our protagonist pup, spends his alone time dreaming about his beloved owner, Katie. His ideal living situation becomes complicated by a large mutt named Duke (Eric Stonestreet), whose cluelessness lands the two in the middle of New York City, desperately searching for a way back home. A solid roster of comedic talent (Kevin Hart, Jenny Slate, Lake Bell, and Albert Brooks, among others) gives voice to all manner of side rabbits, cats, birds, pigs, lizards, and dogs.

There seem to be a few important criteria to consider when determining if a movie is kid friendly: there’s scariness, its emotional core, the complexity and pace of its plotting, and its sense of humor. When it comes to children’s movies, The Secret Life of Pets is solid. It lacks the scares and sadness that sometimes make Pixar’s movies more appropriate for parents than younger audiences. Its 90-minute run time trots along at a breezy, uncomplicated pace, which feels like an appropriate enough length to keep kids focused. I’m not sure what exactly kids find funny, though my assessment of recent animated movies concludes that many of them enjoy colorful characters shrieking the same few words over and over again in a frantic, high-pitched voice. The Secret Life of Pets contains plenty of shrieked, high-pitched catchphrases that parents can expect to hear repeated on the drive home.

Like a good domesticated animal, The Secret Life of Pets is familiar and comfortable. Unlike the family dog, though, it’s doubtful that The Secret Life of Pets will develop a long-lasting relationship with audiences on the level of Zootopia or even Minions, as regrettable as that might be to those who have trouble looking at bananas and fire hydrants without going into shock. But then again, maybe we need fewer animated movies that serve as conduits for branding and more afternoon distractions.