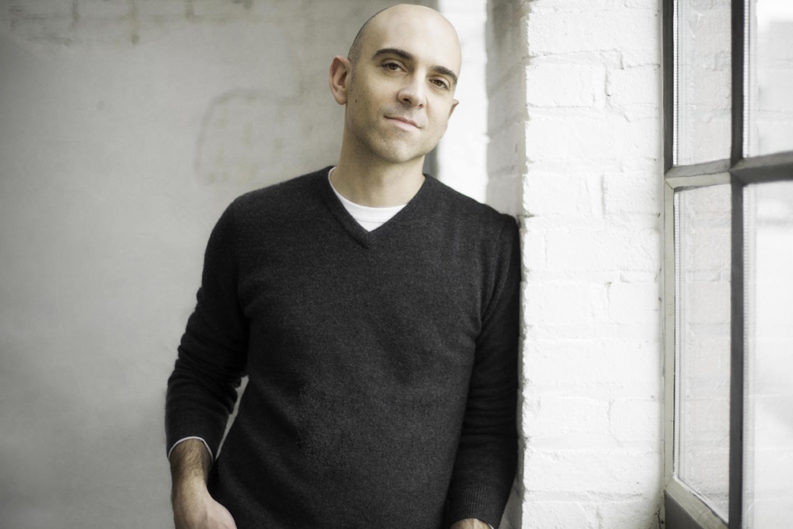 There are dozens of characters in Chris Hebert’s new novel, Angels of Detroit (Bloomsbury): activists, executives, the working poor, the dispossessed. Ultimately, though, the city itself—its crumbling civic infrastructure, its faded industrial glory, its uncertain future—is the central character of the novel.

Hebert’s first book, The Boiling Season, published in 2012, was set in Haiti, a country Hebert didn’t set foot in until after his novel was finished. Angels of Detroit is closer to his own personal experience. Hebert, an assistant professor of English at the University of Tennessee, has spent most of his life in the Rust Belt—he grew up in Syracuse, N.Y., graduated from Antioch College in Ohio, and earned a master’s degree from the University of Michigan, in Ann Arbor, just outside Detroit.

Hebert will read from Angels of Detroit at Union Ave Books (517 Union Ave.) on Sunday, July 17, at 2 p.m. Admission is free.

In some ways, this seems like the exact opposite of your first book.
It was complicated, because I didn’t know what the story was going to be. It was a very personal story, even though it may not seem like that, because there’s nobody who looks like me in it. But it was me trying to reckon with what it means to grow up in places like this, to be from places like this. It was a big thing to wrap your mind around what that means, exactly.

Because you can’t just say it in a paragraph.
It’s not something that can be easily summed up—to live in cities that are crumbling and in some ways stuck in their past and don’t have a clear path forward. There’s no real answer to what that means or what you do or how you get past that.

You can’t sum it up but you can describe it.
Yeah. That’s what fiction-writing is—asking questions and then not answering them.

When did you move to Michigan?
In 1999. That was for graduate school. … I grew up in Syracuse, N.Y., a Rust Belt city that’s like Detroit, but smaller. It’s a shrinking city, its industry is fading and leaving, the population is dropping, the economy is disappearing. Ann Arbor is like the Berkeley of the Midwest, this college town with fancy restaurants where people read The New York Times. And that place felt weird to me. But I went into Detroit and thought, this is what I’m used to, but it was on a scale I’d never seen before.

Before I went to Michigan, I’d been living in St. Louis. Before that I’d been in school in central Ohio. Without really meaning to I had just done this weird Rust Belt tour. I hit Detroit and I felt like, well, this is the epicenter of whatever all of this means. Something will begin to make sense if I just keep going.

1999—that’s way before the rest of America recognized Detroit as the symbol of urban collapse.
It’s become more prominent—all the events leading up to the bankruptcy, and the bankruptcy. At that point I was imagining readers who had no idea, who just couldn’t conceive of it. It still boggles the mind.

The description in the first half dozen chapters, of the acres and acres and blocks and blocks of empty lots—
The tourist part of town has remained pretty consistently populated, but you don’t have to take many wrong turns to find yourself facing a prairie. Back then there were no street signs in all of Detroit, so you’d make a wrong turn and end up in what looked like Kansas. It’s hard for anyone to grasp what this really looks like.

And it’s easy to look at it and fall into despair. But I grew up in a city like this, so I think my first reaction was, what do you do? People are still living here and still trying to figure out where to go. History doesn’t just stop because the auto industry is gone and everyone has fled the city. It goes on somehow. I think that’s how I ended up with all these different perspectives, because it wasn’t a story—no one had an answer. Who are the people who are here? What are they doing?

You have mostly sympathetic perspectives that are at odds with each other, or at least divergent.
No one has any idea what you do. On the one hand you’ve got millionaires who want to buy up thousands of acres and turn it into farmland. And then the city is reluctant to sell to them. And then most people are neither one nor the other. For whatever reason, they’ve got nowhere to go, or they love it there, of they feel like their lives are there. Basically, somehow it exists.

You worked on The Boiling Season and Angels of Detroit simultaneously, for several years. But they ended up being very different.
The Boiling Season was much more of a research project, and more complicated in that way. I became aware, now that both books are finished, how similar they are in certain ways. As far apart as Haiti and Detroit are, they share some interesting sensibilities.