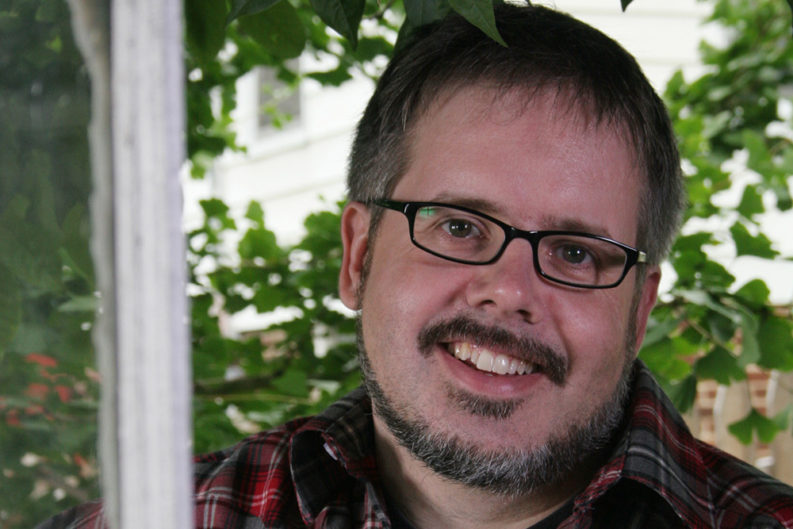 On one level, it makes sense that local guitar ace Greg Horne has only racked up a couple of solo releases to his name. Affable, unassuming, self-deprecating almost to a fault, it’s easy to see why he’s a sideman of choice for local luminaries like Jay Clark, R.B. Morris, and Tim Lee, yet uncomfortable with the notion of stepping into the spotlight himself.

But Horne is also a first-class player, a versatile stringman who can pick up a fiddle or a mandolin or even a ukulele without thinking twice, or who can craft the kind of guitar solo—marked by facile chops and impeccable taste—that only a truly mature, accomplished player can deliver.

It was long overdue, then, that Horne should roll out his new record, Working on Engines, an Americana-tinged full-band project featuring fellow guitarist Barry Hannah, bassist Chris Zuhr, and drummer Nate Barrett. In this new release under Horne’s name, the band works through a 12-song set of Horne original songs.

“I’m calling it a rock album, with some other stuff on and off,” Horne says with an easy chuckle. “There are about four rockers, a couple of Cajun-sounding things, a couple country ballad-sounding things. If you’ve come out to hear our band before, you’ve probably heard most of the material.

“But it’s my chance to do my songs and be the singer and play a lot of electric guitar. The bands I’m working with right now, a lot of them are based around the acoustic guitar. I also love working with Barry Hannah. I like being in a band where the lead and rhythm guitars are not clear-cut, where they’re weaving all around. That’s fun for me.”

Horne has impressive credentials as both a player and a teacher. A music major in college, with a dual emphasis on performance and musicology, he has built an excellent rapport with artists like Morris, Clark, and Kevin Abernathy, playing guitar and fiddle and mandolin and banjo in a variety of contexts. He’s co-authored a number of music texts and videos, including a ukulele instructional; his own Complete Acoustic Guitar Method has been in print since 2001. Horne was also a faculty member of the National Guitar Workshop for some 20 years.

Still, Horne is loathe to consider himself a Guitarist, with a capital ‘G,’ rather than simply a working songwriter and musician who likes to play the guitar.

“I’ve been called ‘tasteful,’” he says, with another, louder chuckle. “Well, it’s good to be known as someone with taste, but a lot of ‘having taste’ is just me trying to avoid disasters. There are things I can do because I’ve been playing for decades. But I’ve never been a particularly flashy or fast player. And I’m ultimately more interested in how the guitar interacts with the singer, and with the songs.”

As a multi-instrumentalist, Horne claims to love all of his children equally.

“You don’t play the fiddle unless you love it, because it kind of punishes you,” he says. “When you do something wrong, you hear about it first, because it pummels your ear.”

But he admits, perhaps a little grudgingly, to having a special affinity for the six-string electric guitar, aka his primary axe whenever the Greg Horne Band takes the stage.

“Guitar is definitely the language I have to think about the least, the easiest car for me to drive,” Horne says. “Sometimes people get a little strange about guitars, but I like them, so I hang around with other people who like them.

“I’ve often said that playing other instruments allows me to weasel into jobs with other artists. And then, eventually, I end up getting to play some guitar with them. That works for me.”

The Greg Horne Band celebrates the release of its new CD, Working on Engines, at Barley’s Taproom and Pizzeria (200 E. Jackson Ave.) on Sunday, July 17, at 8 p.m. Admission is free.