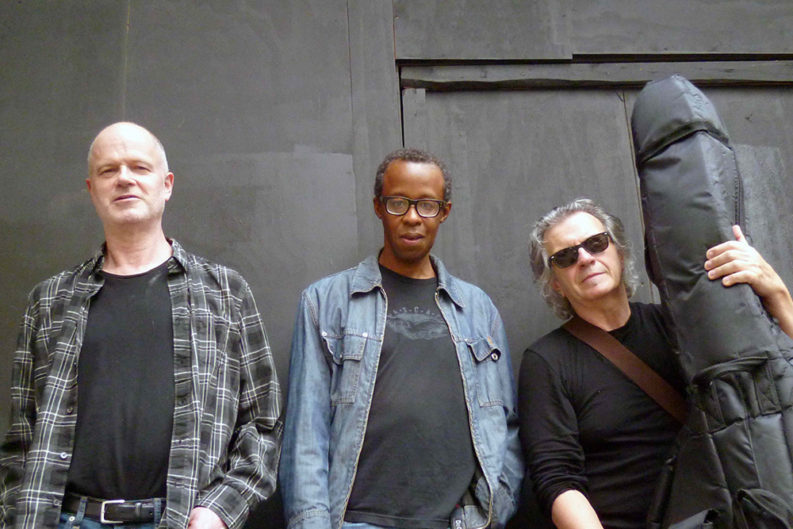 The Jayhawks
Paging Mr. Proust (Thirty Tigers, 2016)
My wife and I fled Michigan for East Tennessee on April Fools’ Day in 1993. It snowed most of the drive. The soundtrack for that great cat migration was a cassette of the Jayhawks album Hollywood Town Hall. The Jayhawks played on the Cumberland Strip later that year and a fledgling Knoxville newsweekly saw fit to assign me a telephone interview feature of the band, even though I did not have a telephone. Since those days, any new Jayhawks record lands a little like a letter from home. I can almost sense them approaching, with their sly, artful titles that allude to things past and lost time.

Paging Mr. Proust is the band’s second album made without founding member Mark Olson, who, along with Gary Louris, has also been half of the band’s primary songwriting team. Since Olson is unlikely to read this or to ever be in nose-punching proximity, I’m comfortable asserting that the group does not seem much diminished by his absence. Olson and Louris were also on the outs when the band made Sound of Lies in 1997, and Matthew Sweet sang vocals and harmonies against Louris’ high, fine voice. On the new record, Mike Mills—late of R.E.M.—and Chloe Johnson—wife of R.E.M.’s Peter Buck, who produced the record and contributes some sweet 12-string guitar—round out the vocals. Longtime members Karen Grotberg (keyboards), Tim O’Reagan (drums), and Marc Perlman (bass) remain steadfast; the group sounds like a content and functional family, bereaved of no member. The songs that Louris wrote for this record, alone or with bandmates, are perfect for the band’s layered singing style and playing. Louris writes interesting and intimate lyrics. Recurring themes include loss, longing, and human frailty in general. But eventually the appeal of this music is the delicate manner in which he alternates between the complementary sounds of his voice and his old Gibson SG guitar. This is a good record to stay put to.

The Matthew Shipp Trio
To Duke (RogueArt, 2015)
One could argue that every record by pianist Matthew Shipp is a tribute to Duke Ellington on some level. Nevertheless, it is always a pleasure when a favorite thinker concentrates on familiar material. You gain a sense of that person’s priorities and intentions and the paths between them. You can convince yourself that it gives you access to some of their tools, both analytical and expository. So when Shipp finds these rivers of melody running upstream in “In a Sentimental Mood” or leaps across chasms of quiet that you had never noticed in “Solitude,” you can begin to imagine how he might make music out of your days and, in turn, how you might do the same.

Brad Mehldau
Blues and Ballads (Nonesuch, 2016)
Don’t be disappointed by the fact that pianist Brad Mehldau has not taken up barrelhouse or stride piano on this new album with the word blues in the title. Of course he could play those styles, but indulging the nostalgia of others does not appear to be part of the Mehldau method. Mehldau is a master of deconstruction. He brings us the American songbook in its subatomic particles; those songs, like Cole Porter’s “I Concentrate on You” and Maschwitz and Strachey’s “These Foolish Things (Remind Me of You),” have never seemed more durable or deserving of attention. With his Brooks Brothers camouflage over a skater’s tribal tattoos, Mehldau has established himself as a vital and effective intergenerational ambassador for this music. And it is entirely possible that future generations will consider Mehldau to be the definitive interpreter of the music of John Lennon and Paul McCartney. His version of “And I Love Her” is the most recent addition to a dossier in defense of that position.

EL VY
Return to the Moon (4AD, 2015)
This record has been hailed as the swinging side project that allows singer/composer Matt Berninger to be all the musical things he can’t be when he’s fronting the National. Alas, he sounds as uptight as ever. But he also sounds very good, singing these short, bright, varied pop songs he’s written with sidekick Brent Knopf. Not many pop singers currently working have as much depth, power, and control as Berninger. May we agree that it’s acceptable to name-check influences like Mike Watt and Hüsker Dü and the Cramps while singing intelligibly and in tune? Neither member of EL VY has said much on record about plans for the future. But it’s pleasing to think of them returning to this vehicle in the near future. And it would be fun to hear them drive it more like a rental car and less like mom’s car.